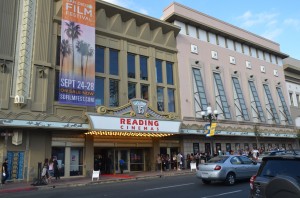 The 13th annual San Diego Film Festival was in full swing with intriguing films and movie events to satisfy the cinematic needs of all film fanatics. This festival has definitely grown throughout the years, as it keeps getting better with age. It is evolving to become an amazing festival that presents its audience with quality independent cinema coupled with events that will take film geeks deeper into the journey a film takes to make it to its audience.

What the SDFF offers that is rather beneficial to aspiring filmmakers are the panels, which consists of film and TV production, acting, and film critique. These panels were hosted by experienced veterans currently working in the industry. They truly gave audiences the inside scoop on what it takes to make it in the business of entertainment. Josh Duhamel and Dennis Haysbert gave some tips on what it takes to make it as an actor, and Producer Mark Cartier (Welcome to the Jungle) gave some raw, inspirational advice on what’s needed to get your story noticed. 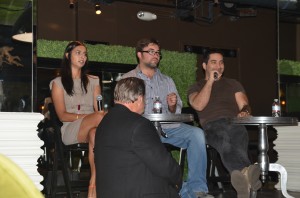 Passion is where it starts; without it, your idea is already dead. It’s all about willing to do more than the other guy, and being consistent about it. Inspirational words that just might have sparked the fire for some filmmakers in the audience.

“We’re not buying your script so much, we’re buying you, and if you can’t deliver and make us look good, then there’s no point,” Cartier continued.

There was no fluff about the panels at all, and Cartier even mentioned to not shy away from tapping him on the shoulder if there was an audience member that had an amazing idea for a movie brewing in their minds. 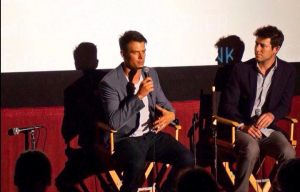 Of course, there were also films being shown at the film festival. There was a wide variety of movies to choose from in this year’s festival, including Chris Brinker’s Bad Country, starring Willem Dafoe and Tom Berenger. Berenger was at the red carpet event for the premiere, discussing the new installment in the crime genre, and how much of a pleasure it was to work with Dafoe again. It’s been a long time since they starred opposite each other in the Academy Award–winning Platoon.

Throughout the weekend the films were capped off with some lively parties, including the Almost Famous party held at the Tin Roof. Artists included Moi Navarro, an up-and-coming indie rock musician, and Kenny & Deez. There was also the Filmmaker Award show and after-party that allowed filmmakers and film lovers to share a drink or two as well as their love for cinema at the U.S. Grant Hotel. Independent cinema is all about telling a story of worth, giving people a break from the special effects and sequels on rotation. SDFF truly showed its love for indie films these past five days, and the festival continues to age like fine wine.

Check out the SDFF website for all of the festival’s award winners.