Trending
You are at:Home»Movies»Movie Reviews»‘The Jungle Book’ is a Worthy Adventure
By Mike Bitanga on April 18, 2016 Movie Reviews, Movies 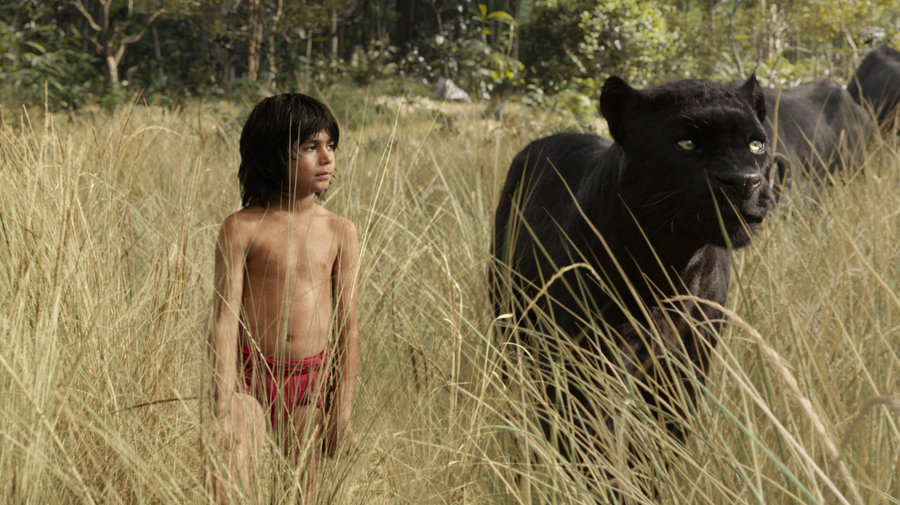 Rudyard Kipling’s classic stories are brought to life on the big screen, and it’s a fresh take on tales that we’ve loved since the first time we heard “Bare Necessities.” The Jungle Book is directed by film veteran Jon Favreau, and he has some help from a talented team of technical wizards to bring the talking animals to life without making it seem feeble. The cast is also something to behold, as it includes the likes of Ben Kingsley, Bill Murray, Idris Elba, Christopher Walken, and newcomer Neel Sethi.

Favreau weaves a story of a young “man-cub” that is raised by wolves in the jungle and makes it charming, humorous, and compelling to the core. Everything feels authentic, and the adventure is truly captivating as we follow Mowgli on his journey through the jungle, and the discovery of his identity. It’s also quite nostalgic, although it never needs to rely on nostalgia to succeed as a perfect family film. It is definitely an upgrade to the Disney animated movie in storytelling.

The animals in this film are so fantastically done. Each of the main characters movements are made naturally and match their personalities, making for an organic viewing experience. Baloo moves with big, stumbling movements. Bagheera is sleek and quick, always watching over the young one. Shere Khan moves menacingly with each step. Technology was efficiently used to craft these animals with heart and soul, and it enhances the story, making you forget how silly it is that animals are talking.

Speaking of natural movements and mannerisms of the animals, this film contains very gripping fights and chases. This is coupled with purpose, as we care for Mowgli and his journey, and we also develop soft spots for the animals that care for him. He’s all alone in a jungle filled with beasts, and is considered by Shere Khan to be the most dangerous beast of all: a boy that will grow to be  a man. The fights are intense and dramatic when they happen, and sometimes a bit dark for a PG film. The cast of amazing voice actors and the only actor seen on screen elevate this film to lofty heights.

Where do I start? Every animal in the film is voiced very well by an amazing talent that captures the essence of that character. Bill Murray stands out as the humorous Baloo, a lovable and easy-going bear that develops a partnership with Mowgli that evolves into a friendship. Ben Kingsley also shines as Bagheera, the black panther and guardian of Mowgli, with his wise, stern words. Then there’s Idris Elba playing Shere Khan, the vengeful tiger looking to do what he believes is right for the jungle in killing Mowgli. Then there’s Neel Sethi, who plays Mowgli, that had the difficult task of acting with green screens or people in green outfits the entire time. Oh, let’s not forget that Christopher Walken plays a mob-boss type ape that sings, and yes, he’s amazing. Let that sink in. The chemistry between all the actors couldn’t have been better.

The Jungle Book improves upon the 1967 Disney film, and is one of the times where CGI is done amazingly well in abundance. Mowgli’s story shows us that we ultimately have to be who we are meant to be, a lesson that’s logical but gets lost in the mix, and that family is who’s still there when the storm comes. This family film is truly one for the collection.