Trending
You are at:Home»Movies»Movie Reviews»Liam Neeson Delivers in Actioner ‘Run All Night’
By Matt Conway on April 6, 2015 Movie Reviews, Movies 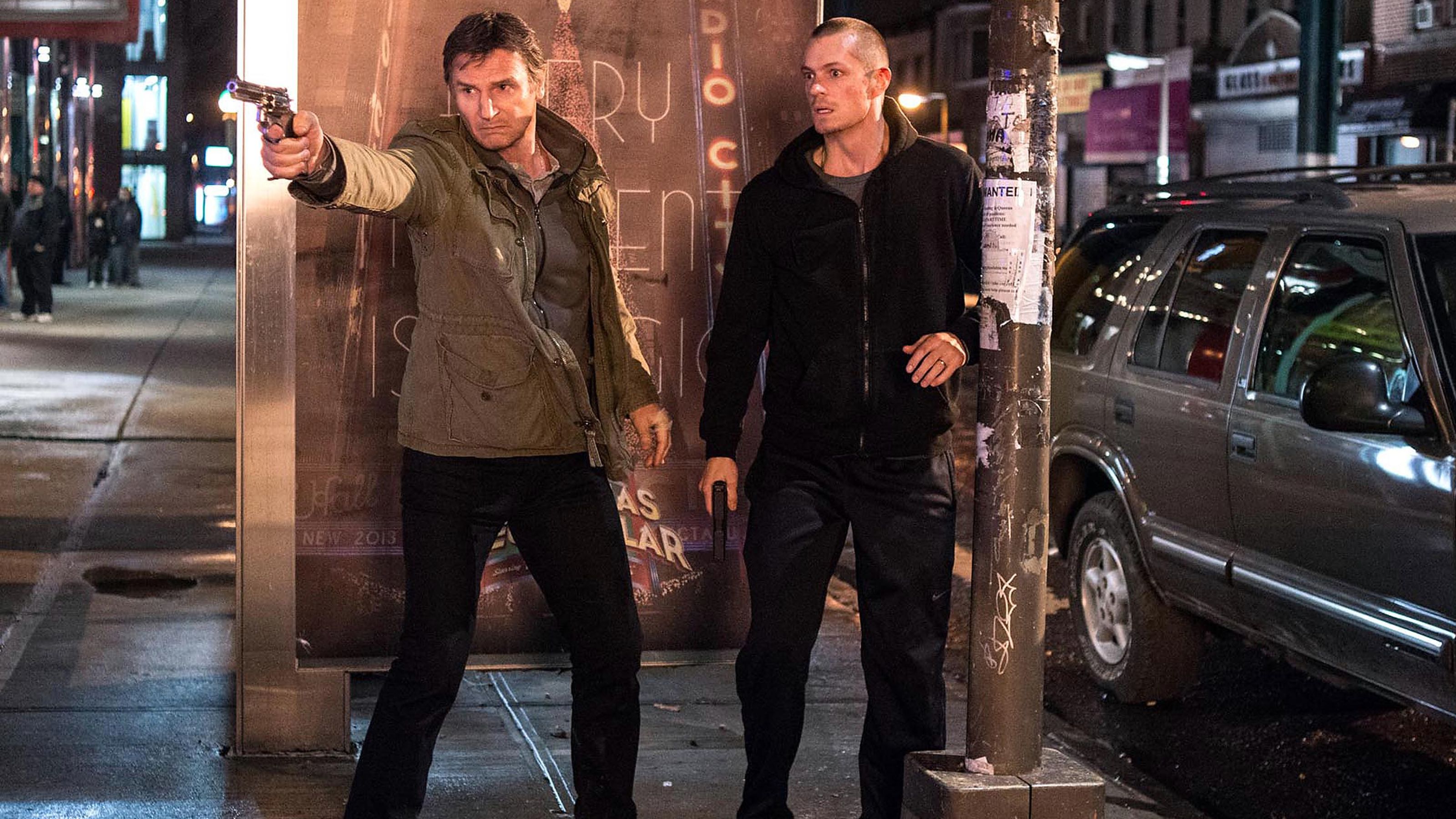 Fair or not, modern action films generally receive a bad rap from critics and audiences alike. What worked for movie-goers in the 1980s, with action stars like Sylvester Stallone and Jean-Claude Van Damme firing off machine guns, is not a draw to audiences of today. Most of these films are overshadowed by the saturated blockbuster-filled marketplace we now have.

One of the few people to resurrect the genre from the dead is Liam Neeson, action lead of his recent successful foray, Run All Night. Formerly known as the star of heavy dramas like Schindler’s List and Gangs of New York, Neeson’s career has pivoted to him being an action star. After Taken was a surprising smash success, Neeson has built a career of being the steady lead in mostly middling action films, with entries like Non-Stop and Unknown failing to find the success he had previously. Luckily enough for audiences, his latest feature  Run All Night rediscovers necessary footing.

The premise of Run All Night is quite simple. Jimmy Colon (Neeson) is a boozed-up former hitman living on the fringe of the crime-world that once consumed him. After a night of freak coincidences, Jimmy is reunited with his son Mike (Joel Kinnaman) as Jimmy is forced to kill the son of his former crime boss, Shawn (Ed Harris). With the mob and police on their tail, all Jimmy and Mike can do is try to survive the night.

Run All Night, like most action films, is not a game-changer from the story department. The film, however, is a desirable return to the old school action films of the 80s, peppered with a dose of grit behind a premise that offers a canvas for ensuing mayhem. High concept stories are not the best route for action movies. A certain sense of identity is present in Run All Night, marking a refreshing turn for the genre.

Neeson’s flick has all the standard parts that compose an action movie, but these facets are better executed than lesser showings. Director Jaume Collet-Serra does quality work here, keeping the film moving at a smooth clip while showing off the exciting nature of the mayhem with a sense of style. All the excitement, from an exciting car chase to a shootout at a lake house, are executed close to perfection. These scenes in Run All Night are also fun to watch without feeling derivative of similar features.

Another big boost to the film is its cast, which bring their A-game to B-movie material. Neeson has become a gigantic action star for a reason, as he brings gravitas and complexion to simple characters. As Jimmy, Neeson is playing perhaps his most unlikable character yet, but Neeson and the film do an admirable job of showing his character’s regrets about being a family-neglecting hitman. Supporting players like Kinnaman, Harris, and Oscar winner Common (love saying that), do impressive work in supporting roles.

Run All Night’s script, while formulaic in the story department, shines in the creation of genuine relationships between these characters. Aspects like the friendship between Shawn and Jimmy, along with the estranged father-son relationship of Jimmy and Mike, are executed strongly despite not being the focus of the film. These traits add a much needed sense of pathos to instill audience connections with the characters.

While Run All Night excels in several aspects that make action movies work, it also has definite issues. Brad Inglesby’s script does build complex characters and dynamics, but it’s also full of unrealistic plot decisions that disconnect the audience. The film is also quite uneven, with the third act as a whole feeling substantially more rushed and less exciting than the earlier parts.

Run All Night is a workman-like action film in various aspects. Overall, though, this exhilarating piece of material is executed well when judged in its entirety. There are enjoyable performances by a talented cast combined with fun action setpieces. Run All Night won’t redefine the genre, but it will deliver on what it promises the audience.

A film critic on the internet for several years, Matt Conway has previously worked at welivefilm.com, movieboozer.com, and his personal blog themoviefrontier.com. He has provided analysis of films of all genres, along with several stories on the latest and greatest in Hollywood.