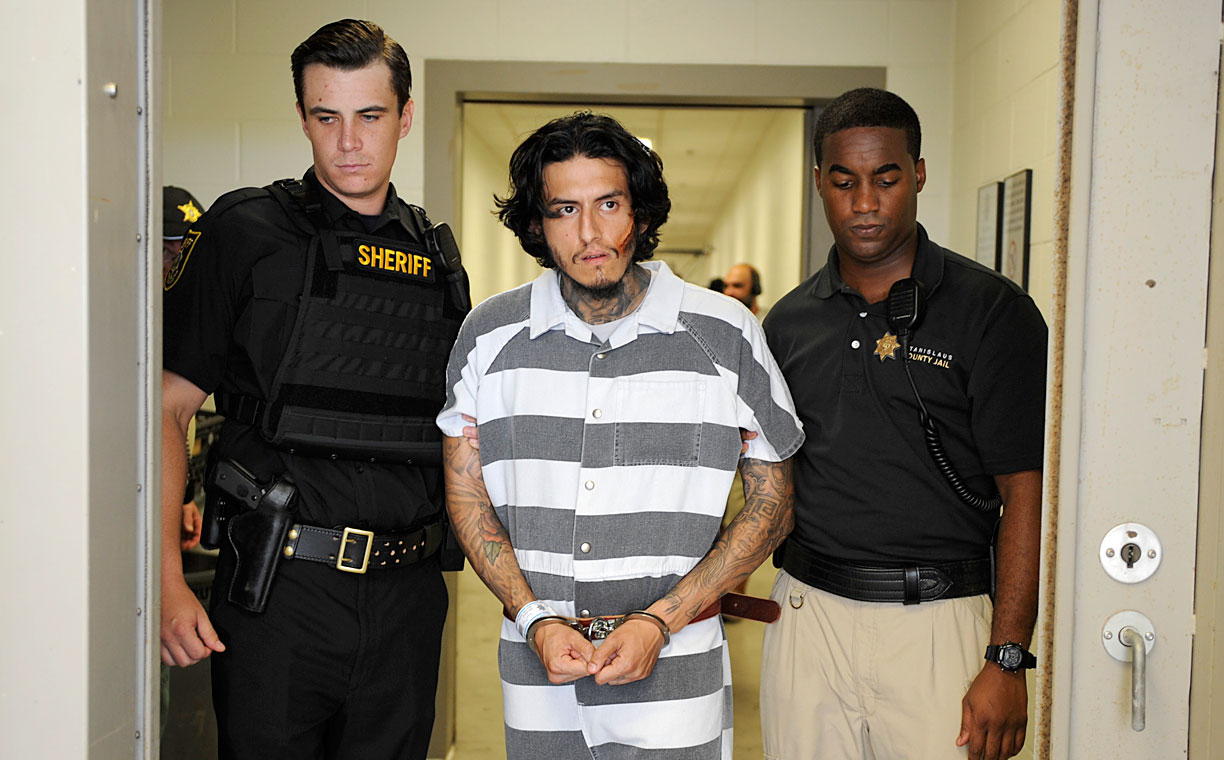 American Crime can’t step out of its own way sometimes. I discussed how last week’s showing was a momentum-building installment featuring improved pace behind emotional highs. In the sixth episode, American Crime dives back into the lagging, draining style that’s been a pivotal problem throughout the series. It isn’t without strong moments, though, and characters making key life decisions.

Perhaps the oddest American Crime plot misfire was choosing to not have Carter appear in the episode, hence my title of this piece. He was alive in thought, memory, and discussion, but the audience didn’t see nearly enough of him in the flesh. This disappointed me since Carter had a breakthrough moment last week. That episode centered around he and Aubry sort of escaping, plus Carter’s attempt to open up to Aliyah, and willingness to sacrifice his possible freedom to save his girlfriend. These were major moments the show failed to capitalize on.

As Carter remained somewhere behind bars, out of sight from the cameras, Russ was dealt a crippling blow. American Crime has concretely established the man’s failures as a father. Russ has admitted to them numerous times. In a rage after learning of Carter’s flee and violence, Russ goes to Mark’s house for the purpose of improving its security. Feeling frustrated by his family’s behavior, Mark tells Russ he wants him to leave. Mark apparently can’t look past the failures of Russ.

This propels Russ to vent with a coworker, a kind woman who was unprepared for a profound discussion. She had asked Russ about his drama in the past, but fatherly shortcomings, the death of a son, and the disliking from another aren’t her idea of a drama-based discussion. She lets Russ tell his story, but shortly thereafter leaves with the excuse that she has to get back on the floor. No matter where Russ turns in American Crime, he can’t receive the help, or compassion, he covets.

The most foolish decision in this episode is made by Tony, my least favorite character on the show. This sentiment has been growing over the weeks, but last night’s stupidity sealed his fate as a disliked character. No one can blame Tony for wanting to harm the man who hurt his sister. That’s a natural reaction. Beating that man with a pipe, however, and committing that assault as his new, equally stupid friends film it, is on a moronic level beyond logical capacity.

Earlier in American Crime‘s episode, Tony did steal the scene alongside his father. Alonzo and his youngster had already been forced into family therapy. As Alonzo paints the picture of a perfect past, Tony seethes to the side. The therapist digs deeper with Alonzo, urging him to reveal the truth rather than sugarcoat his stories. When she finally presses Tony, he spills his guts. Tony accuses Alonzo of prioritizing incorrectly, opting to discuss the past rather than who assaulted his daughter. Alonzo, the firm man that he is, appears embarrassed by his son being truthful in the presence of another person.

My favorite American Crime scene involves Hector. Looking haggard from his imprisonment, the facially scarred Hector knows the prosecution needs him more than ever to convict Carter. The accompanying violence to Carter and Aubry making a push for freedom is rightfully construed as a devastating error. This heightens Hector’s importance as a witness. He won’t budge on an average deal, though, wisely asking for immunity in the case on top of his extradition mess being dropped. We don’t know if Hector will land this desirable deal, but the audience has to love his commitment toward a proactive approach.

The most important step in American Crime is saved for the end. Even though Carter didn’t have a big enough role last night, his past indiscretions had a massive impact. Carter had assaulted a white male for drugs earlier in the series, calling the individual a “white bitch” in the process. A white bitch, you say? An interviewing detective jumps on that information as he questions the victim. With Barb seeking hate crime charges for a black man in Carter murdering her white son, the prosecution eventually decides Carter’s racially motived assault in the past is enough to up the charges in the case of Matt. The idea is to establish a pattern of racial violence.

Well done in that plot development. The audience will be torn on whether or not those added charges are fair. I’m not sure it’s substantial enough evidence to establish a hate crime. However, it’s a strong moment in an otherwise decent episode. Other notable moments are Aubry clinging to life, Gwen being questioned by a detective despite not remembering much of the incident, and Aliyah having regrets over not allowing Carter to open up. American Crime remains interesting even as it lacks the substance to be considered excellent.