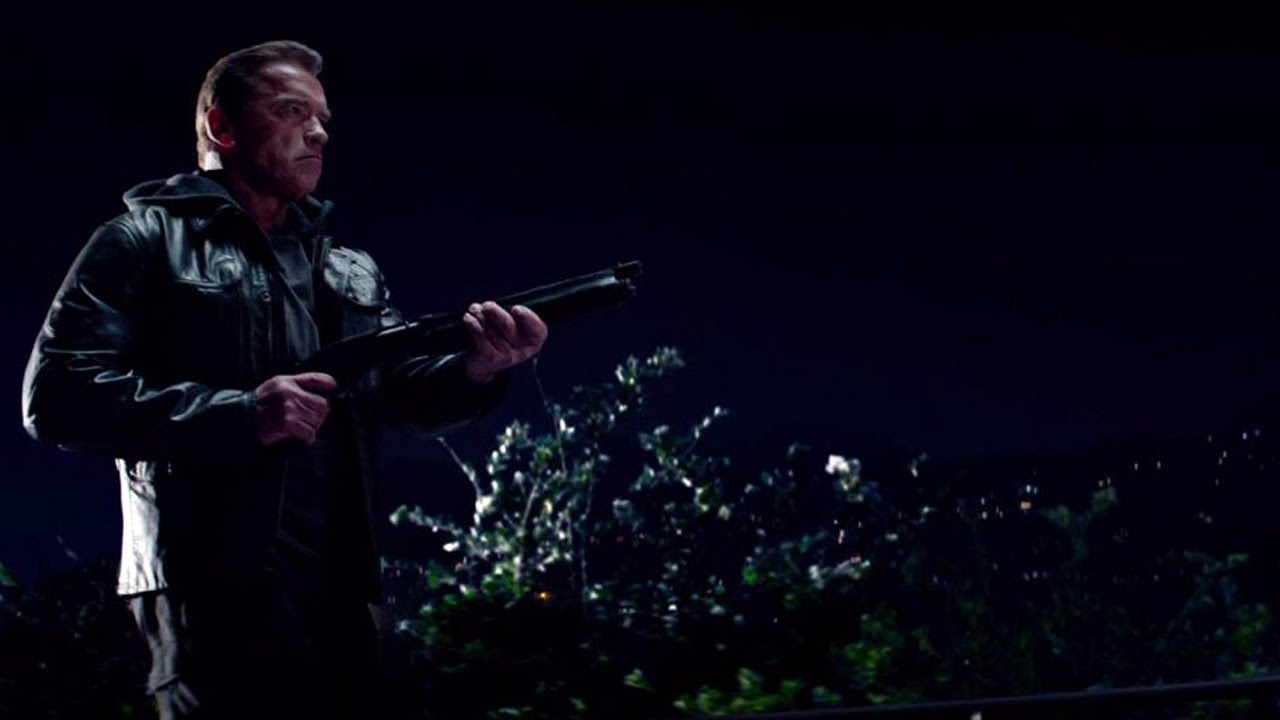 The latest installment in the Terminator franchise, Terminator: Genisys, gives us an alternate timeline to feast on, filled with the T-800, the T-1000, and the brand spankin’ new T-3000. Arnold Schwarzenegger is back as the legendary T-800 model, and he’s accompanied by familiar characters played by new talent. Jason Clarke takes on the role of John Connor, Emilia Clarke plays Sarah Connor, and Jai Courtney steps in as Kyle Reese. It’s been over a decade since Schwarzenegger played the legendary killer robot, and his presence in the film is much appreciated. One thing is for sure: this film is better than Terminator: Salvation just because the big guy is back.

On paper, this script might have looked interesting. It’s definitely ambitious, but it just drowns in too many ideas and a little too many helpings of paradox problems. Sure, if you let enough of the issues slide, you’ll be in for a pretty decent ride; however, “pretty decent” probably wasn’t the ideal reaction Director Alan Taylor wanted. This alternate timeline has the characters from the first two Terminator films clashing together, along with some new ones, and it’s just a mess that can’t be cleaned up. It starts off with a fairly awesome revisit of the events in the 1984 classic, and then it takes an inconvenient detour. What they do with John Connor’s character might have been bold on paper, but it could’ve been handled more carefully. Basically, the script is a McDonalds’ hamburger served on a silver platter.

The CGI use in this movie was pretty typical, but something that they did really well was recreate the 1984 Schwarzenegger T-800. However, they might’ve spent too much time and money getting that down right, because most of the other special effects look a bit cartoonish. So, it pretty much looks like any other blockbuster CGI-driven action movie.

Schwarzenegger is just fine as the T-800 or Guardian of Sarah Connor. His one-liners are delivered well, and his robotic facial expressions are on point as usual. Emilia Clarke playing Sarah Connor turns in the second best performance. She doesn’t look the part, but she does an exceptional job at carrying herself as the mother of the savior of the human race. Emilia just looks too cute to be playing Sarah Connor most of the time. Sarah Connor and the T-800 have a solid father-daughter relationship that you may care about at times. You do get a sense that the T-800 computes “caring” for Sarah as a daughter, as Schwarzenegger’s charisma seeps through the metal endoskeleton, becoming a likable killing machine. You may even get a little emotional here and there for a split-second, but your eyes are safe from leaking any man tears.

Jai Courtney plays Kyle Reese, John Connor’s father and savvy soldier of the resistance. Courtney was probably the worst choice to play the role of Reese. He doesn’t carry any traits of Michael Biehn’s Reese from the original 1984 Terminator, and he just doesn’t seem to be able to breathe life into the character. The man is simply there, firing guns and running away from explosions with little facial expression. Is he a Terminator? Did I miss something? Jason Clarke takes on the role of John Connor, but he looks like a villain from the very beginning; great casting job there (and that probably explains a big plot reveal in the trailers). On top of that, J.K. Simmons was criminally underused. What exactly was the point of his character in the movie?

Despite all the problems, there are some laughs to be had, and fights to cheer for, including the older Arnie T-800 versus the 1984 Arnie T-800. Terminator: Genisys was a decent attempt at something fresh in the Terminator world, but it ultimately gets tangled up in its messy storyline, forgetting to build upon interesting characters along the way.

Digging deeper, this film shows us that the battle of man vs. machine is pretty much here. If you think about it, we’re almost always plugged in to some form of technology, losing the war of self-identity and privacy to social media. That’s a meaty concept to flesh out; unfortunately, this film was too busy weaving a nonsensical plot sprinkled with explosions, shootouts, and one-liners.

If you happened to be confused by the plot, which is most likely the case, you can check out this interview with the writers and director of Terminator: Genisys. They do their best to make “sense” of everything: click here for answers.