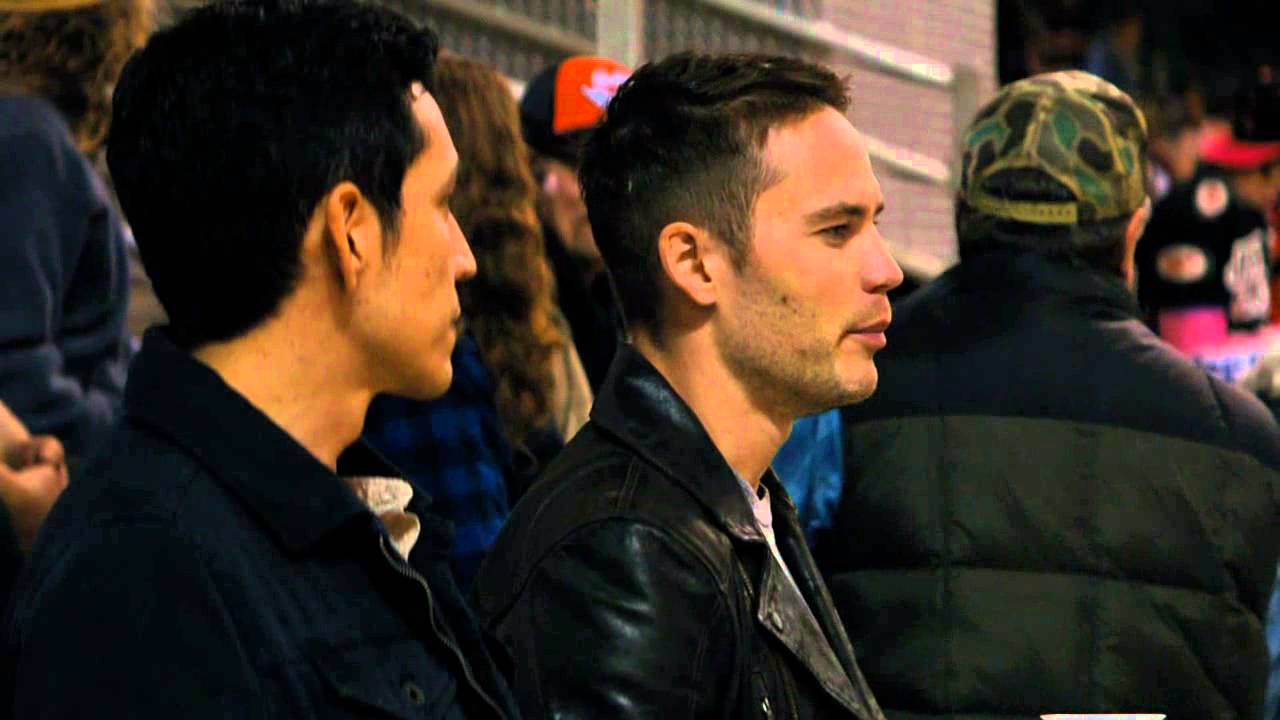 True Detective, answer us one question – is Colin Farrell’s Ray Velcoro character dead or alive? Episode two’s cliffhanger featured Ray being shot twice by a figure wearing an animal mask. Masked men channeling a sense of savagery causes instant flashbacks of Season 1. In this week’s installment, our opening scene is Ray and a cop meeting in a bar as a man sings in the background. Flashback? Purgatory? It’s a definite dream or hallucination type of experience. This is confirmed when Ray looks down to see a layer of blood forming on his chest.

The next True Detective scene is Ray’s still body resting on the hardwood floor where he was gunned down. After briefly toying with the audience, tricking us into perhaps believe he’s dead (something I never believed even last week), Ray gasps for air. His stomach doesn’t signify the damage of a shotgun fired from close range, rather, and luckily, he was hit by riot shells. Long live Ray! It would have been profoundly stupid to kill off the best part of True Detective two episodes in.

How does Frank feel about this? Remember that he’s the one who sent Ray to his near death situation. A moment of impotence with Jordan indicates that Frank has an abundance weighing on his brain. For the third straight episode, we have a large, sprawling view of California’s freeway system. This precedes Ani and Paul working in the field together. Elsewhere, the seedy bar where Ray and Frank frequently meet is a common focus of True Detective. In this setting, it’s the backdrop for Ray attempting to figure out how he ended up in a”fucked up psychology at work” type of environment where a masked individual had the drop on him.

Looking to “stay angry,” Ray opts for water instead of alcohol. Frank dodges any responsibility for the violent episode. This airing is promising early on with Ray’s revival, the intrigue regarding who was wearing that mask, and Paul becoming more involved with field work. After two foundation-setting episodes, this showing needed to be a concrete, borderline phenomenal 60 minutes to firmly establish True Detective‘s sophomore season. More on whether or not that feat was succeeded later.

As Ani and Paul do leg work on Casper’s case, Ani hears a noise in the background. It sounds like a shriek or plead for help that eventually results in nothing. Meanwhile, Ray might indeed be alive, but he’s not healthy. His cholesterol is high and essentially nothing about his physical intake presents a good sign. The important news is that Farrell’s character is cleared to return as a detective. As Ray shakes off the rust from his brush with death, Frank figures out ways to land additional money in his pocket. He meets with a past business partner who Frank apparently stopped dealing with, but now that Casper has changed the financial situation, Frank will take money at every logical turn.

Ray meets with higher-ups to discuss the shooting incident. There’s also a growing concern about Ani’s investigative involvement, perhaps looking where powerful people believe her eyes should avoid. It’s firmly established how Ray and Ani aren’t cohesively functioning as a pair. Ani’s mean streak is obviously something Nic Pizzolatto wants to implement. Rachael McAdams portrays an edgy, baggage-carrying character with few friends. For reasons that can probably be attributed to writing/character presentation, Ani doesn’t resonate on the same level as Ray. Not even close. And I also haven’t invested in her quite like I have with Paul or Frank.

Ray meets with his dad, giving the audience a clearer picture of the man from the aforementioned dream. Call me spoiled by True Detective‘s commendable commitment to rarely seen TV depravity last season, but through about 30 minutes of air time, I was disappointed not to have any animal-masked-men developments. Perhaps these will come during a future date. For now, the focus is on Frank’s deteriorating grasp on control, and the detectives struggling to find any major leads.

Paul meets with an old friend at a motorcycle racing event. Rehashing war stories and feeling each other out for how they’ve adapted to society, the friend pushes the limit. The underlying implication might be that they had a sexual relationship while stationed together. True Detective doesn’t exactly provide clarity with every move, and what precisely Paul did or didn’t do during his war stint remains an unclear subject. Following a promising start after Ray’s revival, the show wanders a bit. The vibe is appropriately dreary, a constantly strong element of True Detective, but a breakthrough moment has yet to occur.

When one of his men is murdered, Frank’s paranoia heightens. His tenuous grip on his mindset continues to slip. Battling equal or perhaps greater demons is Paul, the wounded character who roams the streets, speaking to prostitutes with hopes of finding answers about Casper. A male street worker has information on the deceased central figure. The kid warns Paul that a nearby club known for hosting Casper types is a potential lead, albeit one where Paul is likely to meet silence instead of open arms.

Ray’s ex-wife shows up at his doorstep. She had been visited by individuals looking to determine Ray’s level of corruption. Among the points of inquiry were whether or not Farrell’s character had anything to do with eliminating the man who raped Alicia. Adding pressure on an already unsettling conversation, Alicia offers Ray money in exchange for him exiting his son’s life. True Detective deals a massive slap in the face and setback for Ray. In his heart he must know he’s not the boy’s blood-related father, but he understandably hopes to maintain a significant role in his life.

Paul bumps shoulders with Frank, not the man to cross given his current mood. Casper’s preference to watch people have sex, something introduced last week, is examined further here. A “euro trick” who used to see Casper is discussed in Paul’s presence, giving him another one of the various existent plot points surrounding the death of this business figure. Frank has the most vested interest in Casper’s case, and his meeting with club businessmen doesn’t go as planned. This True Detective scene ends in a one-on-one fight where Frank pummels his loudmouthed opponent. The fight goes beyond the typical backyard squabble, however, as Frank pulls the grill off the fat man in front of an audience.

Ani and Ray’s car is torched by an unknown assailant. They pursue the potential arsonist for a considerable distance before almost being annihilated by an oncoming truck. Ray uses saving Ani’s life as an opportunity to figure out the amount of dirt the state has against him. “I don’t know” is the simple answer to his pertinent question. True Detective ends with Frank and Jordan, he standing in silence, she urging a conversation. He doesn’t want to talk now, but “maybe tomorrow,” a pair of words that also happen to be the episode’s title. More fittingly, Season 2 of True Detective hasn’t had its breakthrough moment, but “maybe next week.”

This is outstanding television thus far, and Season 2 is a success after three showings. To enter a greater territory, though, the audience will need a better blend of pace and clarity. And, of course, that masked-man situation will need to develop and pack a haymaker. For now, I suppose we should all just be grateful that Ray is alive.