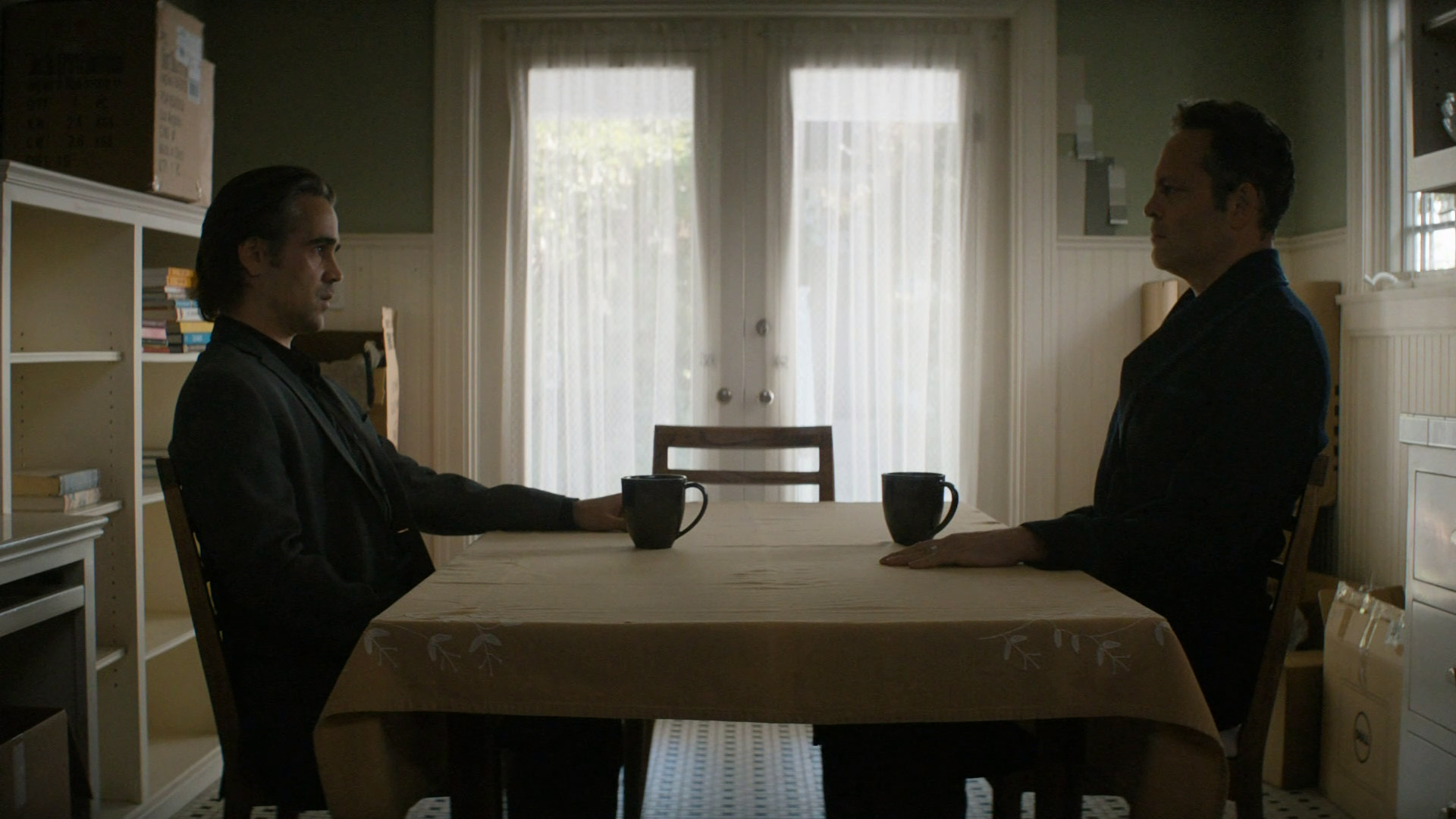 True Detective possibly had its strongest point of the season with episode five. We drifted into an implied future with a clean-shaven Ray, a suited up Paul, and with Ani in the midst of counseling for her sexual indiscretion. Beyond that, the core detectives (even though Ray’s now out of law enforcement) came closer to answers on who Caspere surrounded himself with, and a clash with snuff-film-makers and overall weirdos seems inevitable. Now nearing the season’s end point, episode six marks a critical chance to both capitalize on gained momentum and propel the series forward concerning its final two episodes.

Of course, we also had the bomb dropping of Frank setting up Ray. The scumbag who raped Alicia, well, Frank was supposed to hand him on a platter to Ray, but it appears he handed him someone different entirely. I also have to take a moment to acknowledge how sensationally gripping True Detective‘s beginning montage is, and how far above it rests compared to other shows.  We open with Ray and Frank having coffee as the pair engage in a solemn glare. The root of the clash has been noted. Playing the dodging game, Frank states how he thought the info passed to him was solid.

“I sold my soul for nothing.” That’s how Ray describes the incident, and the toll it took and life path it spawned has clearly tormented the former detective. Doubling down and being even intentionally confrontational, Frank does nothing to calm his acquaintance’s anger. True Detective delivers a clear knock on Frank’s character. The man is clearly at fault, yet he avoids blame and lashes into a personal attack.

Ani and Paul have investigators at last week’s abandoned shack crime scene. There’s a torture chair with dried blood surrounded by other unsettling components. True Detective quickly returns to Ray and Frank. Colin Farrell’s character inquires about the parties with high status people. These parties, the audience should note, might be the key to Season 2 of True Detective. The standoff calms when both men let their cooler side take over, although this situation looks to have a lasting impact on an already fractured relationship.

The jurisdiction of the shack scene belongs to other police forces. This means Ani and Paul will have to implement alternate methods to locate answers on Caspere. Meanwhile, Ray meets with the man who raped Alicia, an individual who created an unbelievable ripple effect on the former detective’s life. “You have no idea what you cost me,” straight words from a tortured man, from Ray to the coward. Farrell threatens the rapist with a cold calmness, a descriptive account of the choice pain he’d like to inflict.

True Detective is methodical during its first 20 moments of episode six. What saves any flaws is the combination of necessarily powerful scenes and the ball rolling in the direction of Caspere’s case. The verdict remains out on how exactly True Detective will handle this whole party scene, snuff film type of plot point. On this tip, Paul meets with what we assume is a past detective/investigator, discussing a twisted case that involved perpetrators wearing masks.

Ani’s sister dishes out the details about how Rachel McAdams will need to handle the party. In stating that, “if you thought those web cam guys were bad, this is way worse,” Ani’s sister offers a warning. These party-goers aren’t small time scum, they’re people of a certain power. Frank had a friend murdered in the past, Stan, someone the audience rarely saw and thus cared nothing about, so the Frank/Jordan scene visiting the deceased’s wife falls predictably flat.

Ray meets with his son, gift in hand. The boy wants to watch Friends, a comical moment of an otherwise dreary episode, as the pair have their supervised visit. I guess Ray’s son isn’t a Seinfeld kind of kid. Continuing on the failed Stan wavelength, Frank gives a pep talk to Stan’s son. Again, WE DON’T CARE ABOUT STAN. He barely had any screen time. This is a poor plot decision by Nic Pizzolatto, one that screams a surprising lack of vision. Don’t hear me wrong, I admire Pizzolatto tremendously, but Stan has done him nothing but provide worthlessness.

The meeting with Ray and his boy is painful. He tries to warn him of the potential storm ahead. “I am your father, you are my son, and I will always love you,” are Ray’s words before the child devours a slice of pizza and (we assume) watches Friends. This heartfelt side of Ray comes because he’ll be seeing his son less and stories about the kid’s birth will be on the horizon. Drifting down the True Detective rabbit hole, Ray demolishes a pile of cocaine and hits the bottle. It’s an epic binge that could quite possibly cause death. Strained tears and blank contemplation are the result of the meltdown.

Rays calls Alicia to tell her that he will not contest custody. His primary wish is that she doesn’t tell their son about his actual background. Ray wants to be the real father, but having Alicia withhold that information means Ray agrees to never see the child again. Over halfway through this True Detective episode, we’ve had plenty of worthy scenes, but none of them fully capitalize on last week’s momentum with Caspere. The first scene where Ray, Ani, and Paul meet is nearly 40 minutes in, far from enough time to pay justice to the party angle.

Dolled up and rocking darker hair, Ani boards the bus. This vehicle should lead to a pivotal moment for True Detective. Ray and Paul trail from behind until eventually arriving. In all black clothes with his gun drawn, Ray tackles someone on the outskirts of the party. Inside is Ani, walking with other prostitutes to meet the affections of nicely suited rich men. I wish True Detective would have devoted its last 20 minutes or so entirely to this wavelength, but an equal amount of time is dedicated to Frank. Even with Vince Vaughn commanding Frank’s persona, his scenes sometimes have the tendency to stifle the show’s forward trajectory.

When Frank and his goons go to a meeting spot, they see a savagely murdered girl. The Mexican criminals he’s partnering with claim she was working with the police, hence her violent demise. Frank chalks the crime up as senseless and unnecessary. Back to the party. Ani canvasses the area before a dizzy sensation overtakes her. Did she swallow any of those drugs? While feeling dazed, one of the rich men scoops her up. Ani grabs a knife in preparation of their encounter.

In the midst of her daze, Ani sees one of the missing girls. This implies a clear human trafficking situation. On the way out of the party, Ani stabs a john. She’s then strangled by a security member who also gets stabbed in the process. Ani manages to meet up with Paul as they’re pursued by men with serious weaponry. They dodge fire before Ray swoops them up in his car. Bonus points for an epic escape. True Detective‘s sixth episode didn’t match its fifth, but we ended in a necessary direction. Ani was lucky to leave that party with her life, and there’s only two episodes left for us to reach a conclusion.