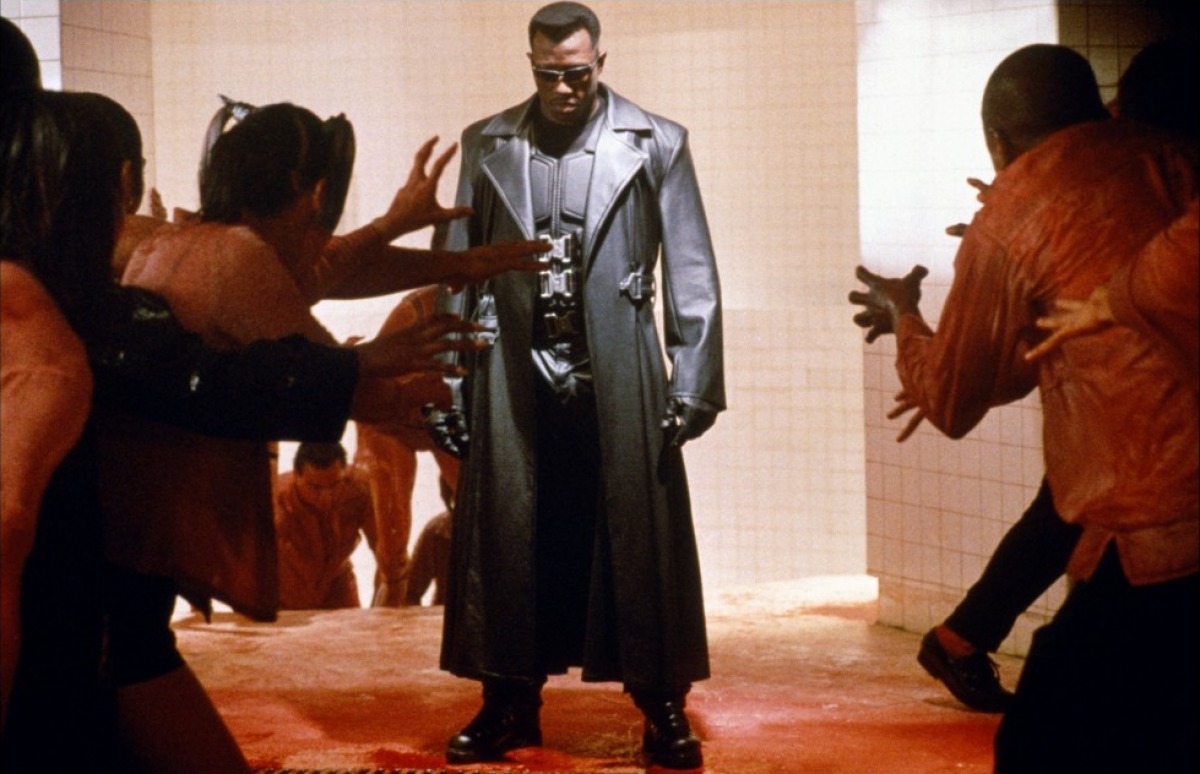 Deadpool is coming in with a hard R to give us some much-deserved blood in the Marvel universe. However, it’s not the first Marvel film to flaunt the R rating. Back in 1998, Blade, starring Wesley Snipes, was a very successful R-rated Marvel comic book movie. It was dark, bloody, action-packed, and stylish. If you look closely, it also seemed to have inspired some aspects of The Matrix.

Now that Snipes served his time, he’s been talking about possibly going back to the Blade franchise. The last time he was in the role was in the studio-chopped, horribly received Blade: Trinity. Although, the film still had some solid moments, even though there were very few of them. One of the arguably good things about the third Blade film was Ryan Reynolds, the star of Deadpool. Another good thing about it was that the vampires didn’t sparkle, and it wasn’t a poorly done love story (that’s one extra positive just for you).

If Deadpool serves to be a successful R-rated film, could that boost the possibility that there could be another Blade movie? That’s  very likely, especially because a comic by Tim Seely and Logan Faeber that revolves around Blades’ daughter, entitled Blade the Hunter, is in the works. There’s also a rumor that Marvel, who has picked up the character from New Line Cinemas, wants to incorporate the character into the MCU (Marvel Cinematic Universe). This is all hearsay right now, but that would be quite interesting.

Snipes is very capable of slipping into the role again, despite his age, but let’s hope that Hollywood doesn’t seek out a younger actor as a replacement. Snipes’ style just fits the role perfectly: a badass, no-nonsense day-walker with a hint of Shaft.