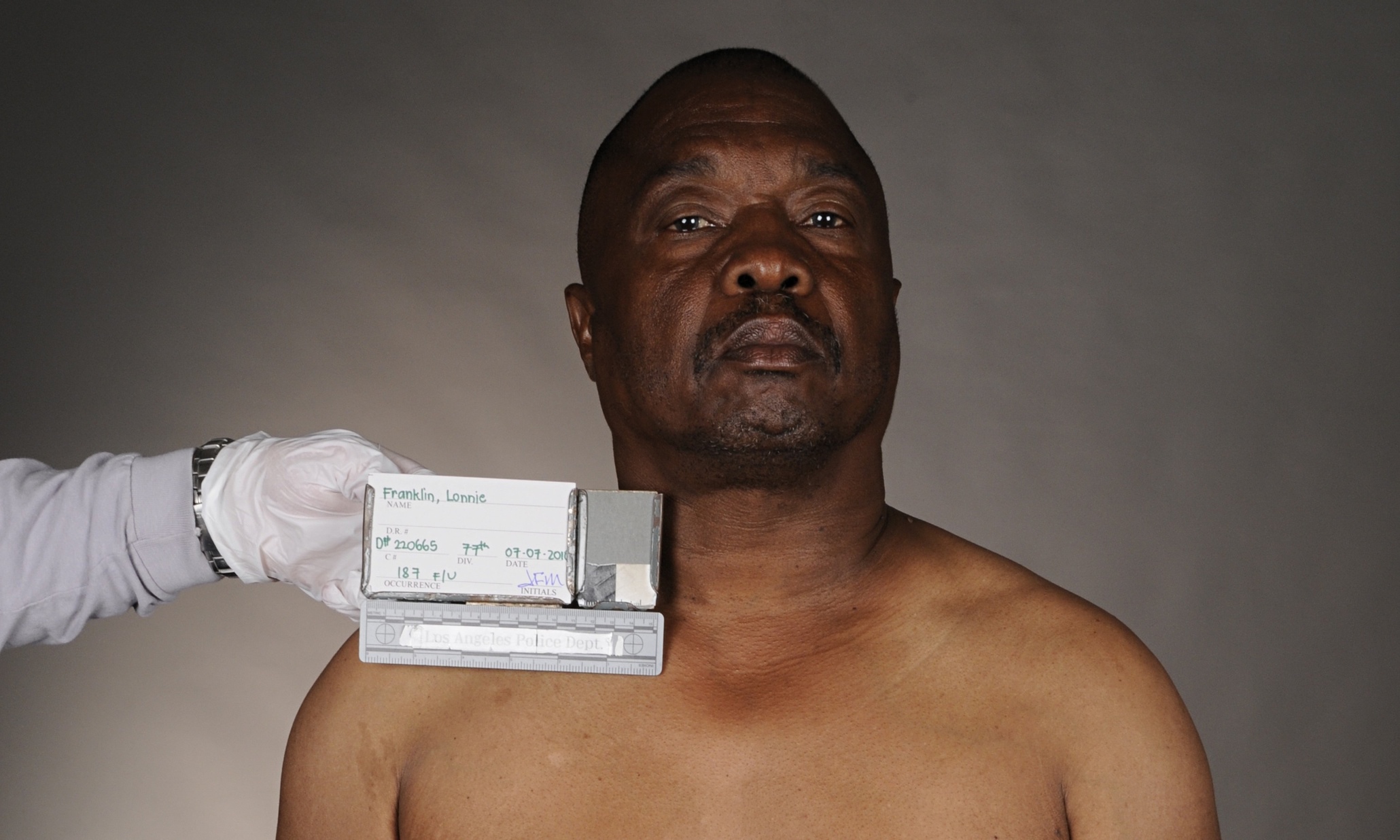 Pictured above: Still shot of Lonnie Franklin Jr. from the HBO ‘Tales of the Grim Sleeper’ documentary.

Tales of the Grim Sleeper is a haunting documentary that British director Nick Broomfield handles with the utmost precision. Released in 2014 but only marginally known to the general public, this documentary tells the story of accused serial killer Lonnie Franklin Jr. With Franklin’s long awaited and pushed back trial now upcoming, Tales of the Grim Sleeper is a necessary gem to watch for anyone interested in a devastating tale told exceptionally well.

In it one will find a complicated representation of depravity, indifferent investigators, and a group of female victims who were let down by those who are supposed to be community protectors. Franklin, nicknamed the “Grim Sleeper” because of an apparent hiatus from killing during his nearly 25 years of murderous activity, was arrested in 2010 and has been charged with 10 murders and an attempted murder. It has also been assumed that Franklin never truly went on a hiatus, rather, additional bodies were simply unfound or unconnected to his other crimes. He is suspected of many more murders.

With a knack for emphasizing the human subjects in his pieces, Broomfield introduces the audience to those closest to Franklin, an individual who was an outwardly nice man to his friends, and a ferocious lunatic to the women he picked up on the streets. Primarily targeting black prostitutes and often shooting them to death after raping them, Broomfield poses that Franklin went undetected mostly because the law enforcement of Los Angeles never properly investigated the situation. Survivors of Franklin’s rage weren’t interviewed. Family members of victims weren’t taken seriously. A community within Los Angeles was treated as a distant island with alien inhabitants.

This is where Tales of the Grim Sleeper shines. Yes, the documentary exposes Franklin for his alleged deeds, but it also indicts Los Angeles for completely forgetting about the most poor and vulnerable members of its society. A question put forth by Broomfield and the brave voices in his film goes essentially as follows: if Franklin’s early victims were white women with blonde hair not involved in prostitution, would his alleged slew of serial killings have lasted all these years? How can a police force view a body as a form separate from a person?

In Broomfield’s work, a system is revealed as something arguably worse than incompetent: it’s indifferent. Black women who disappear aren’t valuable. Drug addicts selling their bodies should expect to meet violent ends. This is the message police forces offer when they fail to adequately investigate such matters.

As serial killers maintain reasonable normalcy to those around them, they secretly harbor a deeply rooted fantasy life. This is why phrases such as “he was so polite” or “he never seemed like a bad guy” come up from neighbors/co-workers when describing the aftermath of an apprehended serial killer. Serial killers are often highly skilled at doubling, that is, they carefully separate one life from another. Thus, inevitably, we have friends of Franklin who support his innocence, and survivors of his violence who view him as human darkness.

In Tales of the Grim Sleeper, however, it’s not just Franklin’s possible doubling that allowed him to have freedom for an extensive period. It was his hunting ground, his victim selection, that gave him anonymity. When a community and a local police force care about those who disappear, the individual responsible for those disappearances will have a more difficult time. With absent care, we have overlooked victims. Granted, a crafty serial killer can create a jurisdictional and systematic nightmare for investigators, but the case of Franklin sounds closer to a terrible man benefiting from a lazy and detached police crew.

This isn’t the fictionalized TV tale of an ingenious serial killer escaping police detection solely due to his wit and intelligence. In the mid-1980s, Los Angeles knew it had a serial killer on its hand specific to this case. Yet the public wasn’t alerted. Family members weren’t told of such connections. Because if the only people being killed are black prostitutes in a forgotten community, why should the killer be stopped and brought to justice? This question may have floated in the collective mind of Los Angeles investigators. Tales of the Grim Sleeper indicts and exposes. It humanizes and infuriates. Simply stated, it accomplishes everything a quality documentary sets out to accomplish.

For those interested in the Franklin case, don’t become too attached to trial dates. Like his apprehension, Franklin’s trial has been a long time coming. The only shred of salvation is that family members of victims should receive at least a little sense of justice from his potential conviction. After already having June and September trial dates postponed, the current status is that Franklin’s trial is set to begin in October. The Tales of the Grim Sleeper trailer is posted below. The full feature can be seen with an HBO GO account or through various online mediums.