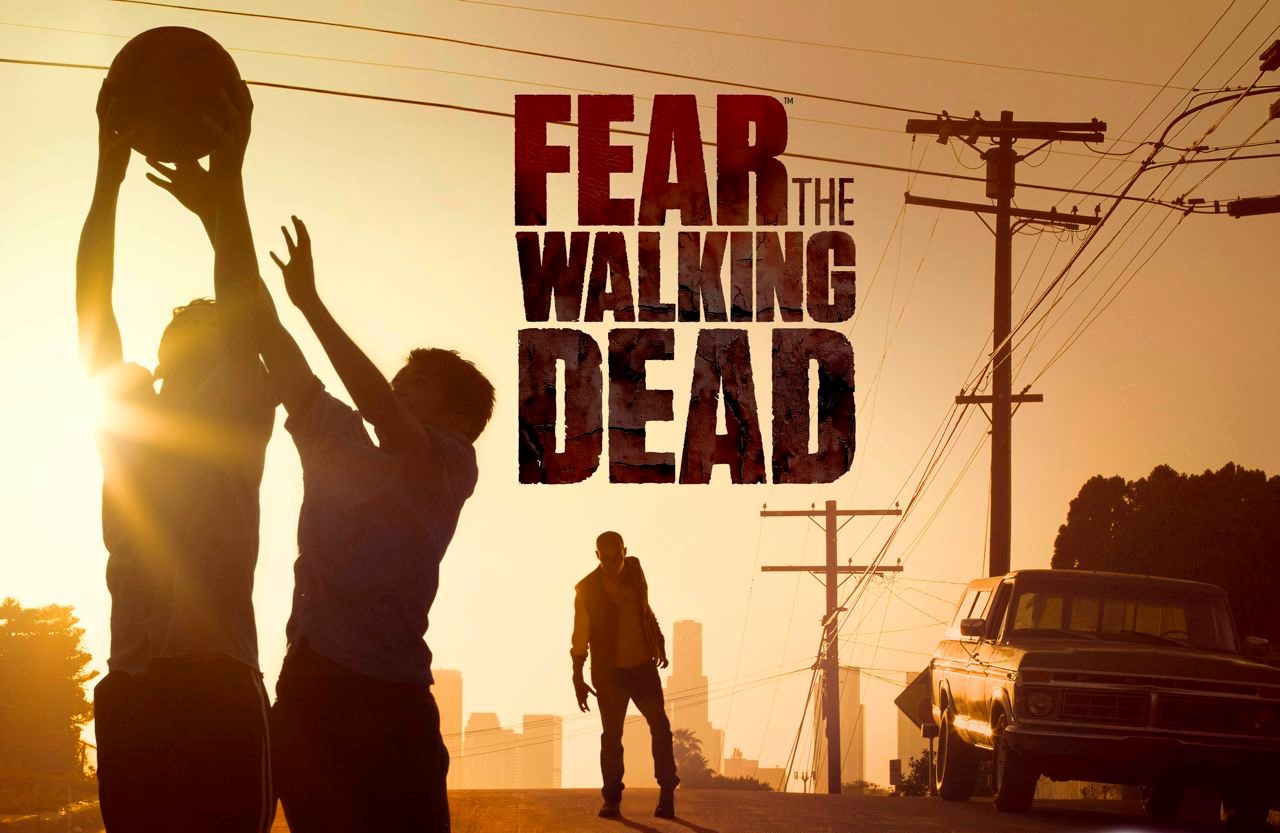 Fear the Walking Dead suffered from a bit of a ratings drop since its record debut but, as a brand new show, that is to be expected. The initial hype has worn off some, and those who wanted something exactly like The Walking Dead are realizing this show is its own entity and are deciding not to tune in anymore. I, however, believe that this drop in ratings in undeserved, as episode three brought us the same drama and excitement as we’ve come to expect.

Speaking of drama and excitement, my boy Tobias was right when he said: “When civilization falls, it falls fast.” The world is quickly going to hell, and our characters are just along for the ride. Travis and his family start the episode still holed up in the barbershop waiting for the riots outside to subside. However, they are forced to leave when their safe haven is threatened by a fire coming from next door. With the family who owns the barbershop in tow, they go into the shit storm that is the street outside. This is where we learn that nothing creates chaos quite like a mix of mob mentality and flesh eating zombies. There are protesters fighting with riot police, flipping vehicles, and setting buildings on fire — all this while running to avoid the zombies trying to feast on their delicious organs. Travis and company finally make it through this mess to their pickup truck, and get on their way to pick up Maddie and the rest of the family.

While Travis is busy leading his group through the sea of madness, Maddie, Alicia, and Nick are busy playing a relaxing family game of Monopoly to pass the time. I don’t know if this is the best idea, because from experience I can say that a game of Monopoly can be more dangerous for a family than even a zombie apocalypse. After the game is over (without any murders, thank goodness) they hear scratching on the door and find a neighbor dog trying to get in. They decide to let it in, only to see that it is covered in blood that is not its own. The dog then leads them to discover one of their neighbors has been zombified and is lurking outside their front door. Shortly after they realize that the majority of their neighbors have joined the undead and are quite hungry. One of these hungry neighbors ends up eating the dog, who happens to be a German Sheppard. I mention this because I don’t think that particular breed gets a fair shake when it comes to a zombie apocalypse. I recall a German Sheppard in the movie I am Legend that doesn’t fair too well either. I’m just saying, maybe producers should show a little less discrimination.

After watching this episode I can safely say that my least favorite character is still Travis’s son, Chris. He is nothing but a big whiny ball of teenage angst and his only notable skill is arguing with his father in any given situation. Alicia makes her case for my favorite character of the episode when she gives Chris a solid elbow to the nose after he wrestles her away from a zombie.

Though my separation anxiety for Maddie and Travis was finally alleviated thanks to their reunion, this episode gave me some different concerns for Travis. I fear that he isn’t going to last very long in this new world they are about to be a part of. This episode let us know that Travis isn’t a fan of the use of guns, which is a big red flag when it comes to zombie survival. My next clue that Travis may not last long is his dialogue. He tends to say things like “we’ll be okay, we all will” and “You’ll never lose me.” Characters who make bold predictions like these are generally the first to go. It breaks my heart to say so, but unless he makes some changes, his naivete and fear of firearms will be his demise.

On the other hand, I believe that Maddie has everything it takes to survive in the post-apocalyptic environment. She is definitely the Rick of the group, and is the first to realize that maybe these “people” should be put out of their misery rather than being left to suffer as zombies. This type of hard resolve is how you accomplish what’s necessary to survive. Her son Nick also seems very capable, especially for someone who is high on prescription medication the majority of the time. He is another one I predict to make it to at least the end of the season.

Although it wasn’t my favorite episode so far, I thoroughly enjoyed it and like the direction they are taking the show. They seemed to have slowed the pace down just a little bit, which I think is necessary to keep it from turning into The Walking Dead too quickly. As always I’m excited to see what they have in store for next week, and I’m really hoping for a Tobias sighting in the near future.