Trending
You are at:Home»Movies»Movie Reviews»Walking the Haunting Path of ‘Felicia’s Journey’
By Tyler Birss on September 21, 2015 Movie Reviews, Movies 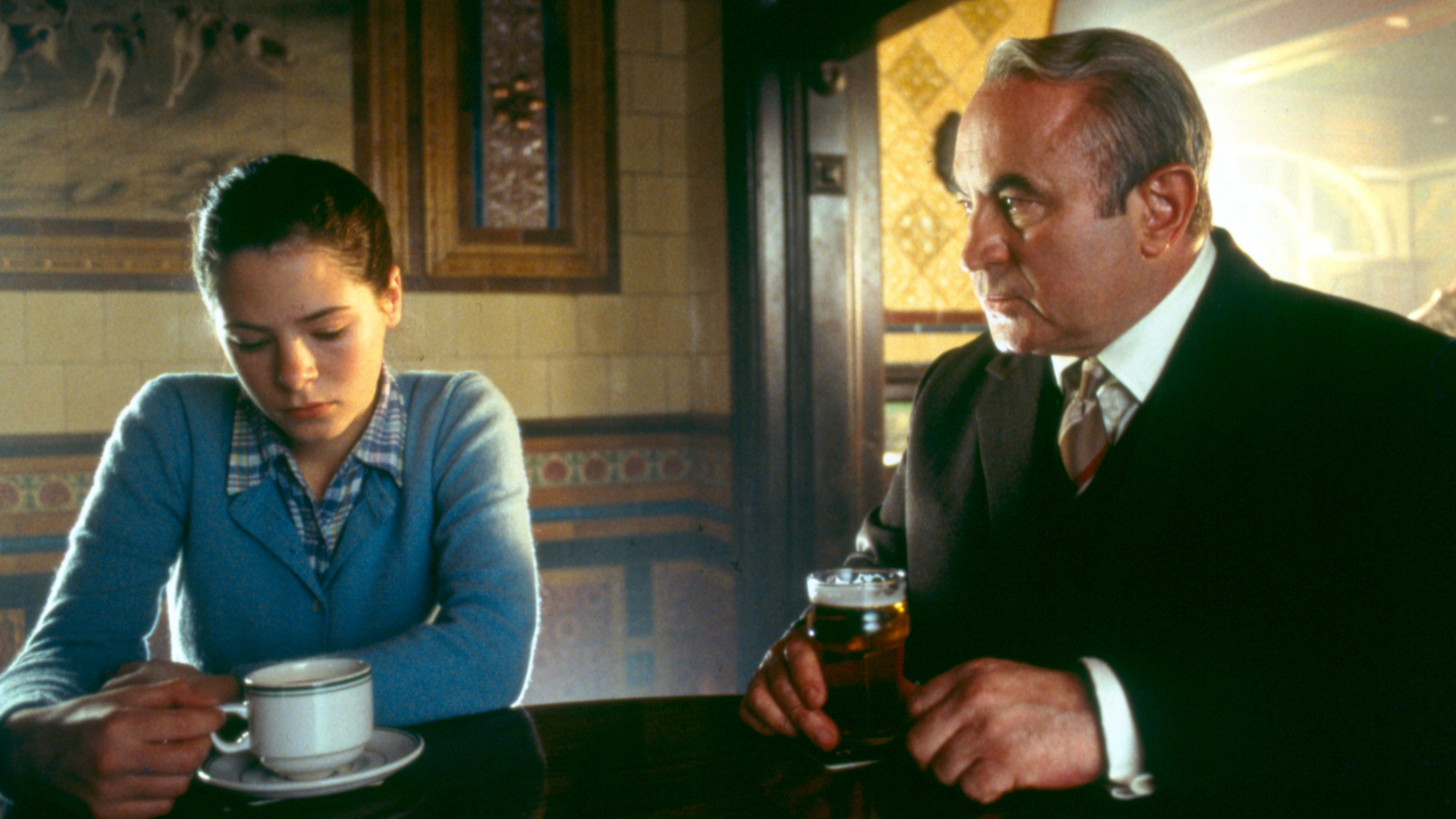 Felicia’s Journey is one of the strangest movies I have ever seen. The 1999 film is based on the 1994 novel by William Trevor of the same name. Centering around Felicia, a pregnant Irish teenager played by Elaine Cassidy searching through England to find the father of her unborn child, Felicia’s Journey grows into a subtly haunting character examination that takes innocence into the presence of depravity.

Mr. Hilditch, a short and overweight man who is a sophisticated catering manager embodied by the late Bob Hoskins, represents that lurking sense of horror. Felicia’s Journey pairs the unlikely duo together through a random encounter. Short on resources and needing shelter, Felicia stays with Mr. Hilditch as the outwardly kind individual attempts to locate Felicia’s fleeing boyfriend. Naturally, locating the young man is the furthest goal from Mr. Hilditch’s mind. His sights are purely squared on Felicia. Her innocence is too ingrained to even realize such a misfortune.

Throughout Felicia’s Journey, however, the audience is taken where arguably no serial killer movie has ventured before. There is virtually no violence or bloodshed in this picture. There aren’t any screams of sorrow or pleas for mercy. Mr. Hilditch doesn’t physically torture his prey or destroy her beauty. Felicia’s Journey isn’t after this type of end. Rather, we have Mr. Hilditch closely studying Felicia as she sleeps, inventing a non-existent dying wife to create sympathy, and stealing her money so she is even more dependent on his offerings.

Yes, Mr. Hilditch is a twistedly devious character who has a considerable victim count in his past, all young and soul-searching females. Will Felicia be his latest? Does the pregnant teen from Ireland have a chance of escaping from the most sophisticated serial killer in the United Kingdom? These questions are left for the audience to ponder as the scenes develop.

What’s fascinating about Felicia’s Journey, though, is that we are given these character’s backstories in parts. Felicia lost her mother during her early youth and has an overbearing father. The additional implication provided is that Felicia is a naïve and inexperienced young woman. We see how she was played by the unborn child’s father, and that her central journey is to find a mate who now wants no part of her life.

This journey sadly intertwines with the unusual life of Mr. Hilditch. Crippled by terrible mother issues and living with a dreadful constant of loneliness, the catering manager as an oddball character is one for the ages. He cooks elaborate and masterful meals for himself daily. With his mother being a professional chef who had her own television show, the audience receives a glimpse into his unsettling psyche. Bordering around insanity is Mr. Hilditch’s loyalty to watching these shows starring his creator, something he does every time when preparing a meal.

If a blender breaks, as it does in a classic scene, Mr. Hilditch simply goes into a room that houses hundreds of blenders, each of which is a product designed by his mother. Here we have a solitary man dressed in fancy clothes who watches cooking shows of his mother as he creates a world class meal. This shrine of sorts places Mr. Hilditch into elite territory when it comes to cinema characters with mommy problems.

What’s most horrifying about Felicia’s Journey is the recurring view offered about Mr. Hilditch’s past victims. These were never instant kills committed because of a driving desire for savagery. My take is that Mr. Hilditch developed an abnormal love for each of these girls and murdered them once they were on the verge of departing. Like real-life English serial killer Dennis Nilsen, Mr. Hilditch was “killing for company.” Brian Masters wrote a legendary book on Nilsen called “Killing For Company” since part of Nilsen’s deadly urge was to keep companionship from escaping him.

This is where Felicia’s safety comes into doubt. Mr. Hilditch has killed before and is surely powerless to kill again. There’s a definite level of dissociation he has from his crimes, a distancing that creates the fabrication in his brain that he has kept the decency of his manhood, but the serial killings are there. Lingering and floating through his deepest self is Mr. Hilditch’s own knowledge that he has committed murderous deeds. Even in the midst of a severe personality disorder, awareness of monstrosities is teased toward viewers throughout the movie. The devil in Mr. Hilditch’s home is unavoidable.

Equally unavoidable is watching Felicia’s Journey without being moved. This film is tragic, haunting, and strikingly unique. Mr. Hilditch’s final scenes are particularly outstanding. A tremendous sense of intrigue is also instilled by the movie’s perfect selection of music. Serial killer movies have had a place on our screens for a lengthy period. Felicia’s Journey, however, like I said of The Dead Girl last week, captures something greater than the majority.

This stellar book can be purchased on Amazon. The movie is available through certain TV providers on demand. Just be prepared for a journey that sticks with you long after reading or watching.