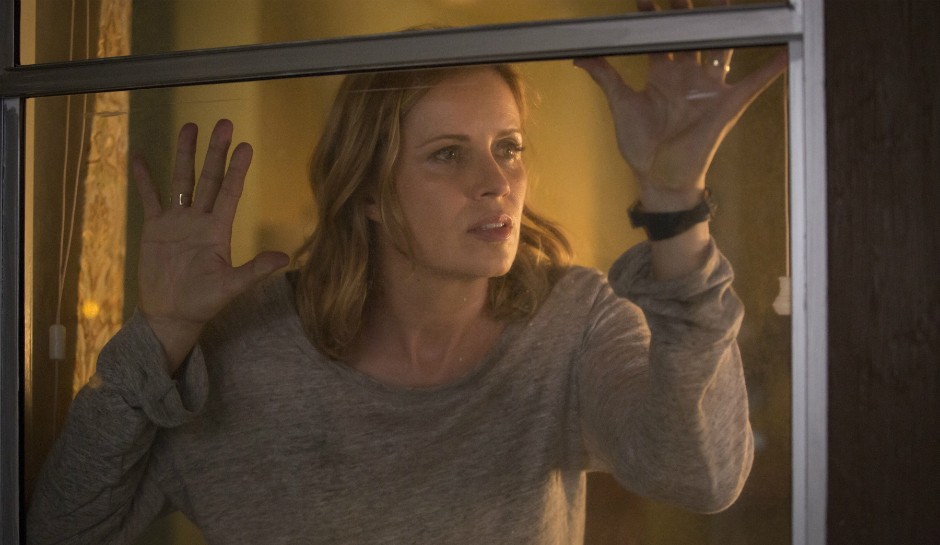 The latest episode of Fear the Walking Dead finally solidifies how its dynamic is going to differ from that of its predecessor. Rather than having the characters out in the world, dealing with the elements and playing prison break, they’ve been fenced into a safe zone by the military. They have a few new rules including a curfew and restricted access outside the walls in the demilitarized zone. Now we all know just how well this type of community generally works in the Walking Dead universe (I’m thinking of a certain Governor, and a place called Woodbury) but what do I know?

Maybe since they’re being protected by the military there’s a chance that this one will work out a little better, but I doubt it. Fortunately, the new Fear the Walking Dead community offers a different dynamic and perspective. It will be interesting to see how the characters interact with each other, as well as the soldiers as time goes on and the world continues to deteriorate.

This Fear the Walking Dead episode quickly instills in the viewer a certain paranoia towards the government and military that are supposedly protecting the general population. Travis is all buddy-buddy with the commander of the unit assigned to their town and seems to think that everything is going to be just grand now that they are “protected.” Others, like Maddie and Travis’s son Chris — who calls the Fear the Walking Dead soldiers “little green men” — aren’t so sure that the government is to be trusted completely.

Speaking of Chris, he’s just as annoying this Fear the Walking Dead episode as the previous three, but at least manages to contribute a little more to the plot, rather than just running around whining about how his father is mean to him. Supposedly everyone outside of the fence is dead, but Chris sees a light flashing in a distant house that could be someone calling for help. Thanks to Travis’s unwavering faith in the soldiers, he brushes Chris off when he tries to tell him about the light. Maddie, however, takes Chris a little more seriously and decides to do a little investigating herself.

I’ve said it once, and I’ll say it again: Maddie is definitely the Rick of this Fear the Walking Dead group. She shows little fear and is always ready to take matters into her own hands. With a big “eff-you” to military boundaries, she cuts her way through the fence and enters the demilitarized zone to see just how bad it is out there. What she discovers is that it is not just the infected that the soldiers have shot, but regular people too. Thus begins her paranoia and mistrust of these “protectors.”

Another one of my favorite Fear the Walking Dead characters, Nick, shows that he isn’t dealing with the whole addiction thing effectively. Though he’s trying to convince everyone that he’s kicked his habit, he’s actually stealing morphine from a sick neighbor. This quickly comes back to bite him in the ass when a doctor catches that he’s still using and has him taken by the military to a mysterious nearby hospital.

Although Maddie and Nick try to resist, the guns come out and they are helpless. This Fear the Walking Dead scene reveals the true colors of the soldiers and what they are willing to do. It also serves the purpose of getting all the characters on the “don’t trust the government” bandwagon. Travis’s moment of realization comes later when he notices the light in the distance that Chris was trying to tell him about, followed by more flashes and gunfire as the soldiers kill whoever was trying to signal for help. Really stand-up guys, right Trav?

Now that everyone in Fear the Walking Dead is anti-government, it will be interesting to see how events proceed from here on out. Will there be rebellion? Will Maddie attempt to rescue Nick? Will Chris ever stop being annoying? There’s only one way to find out and that is to keep on watching. That won’t be any trouble for me because this show has me hooked. It is different enough from The Walking Dead to be it’s own show, while also giving slight nods to the original. Fear the Walking Dead continues to be a solid AMC show and I can’t wait to see what happens next.

Oh, I almost forgot: Where is Tobias?!