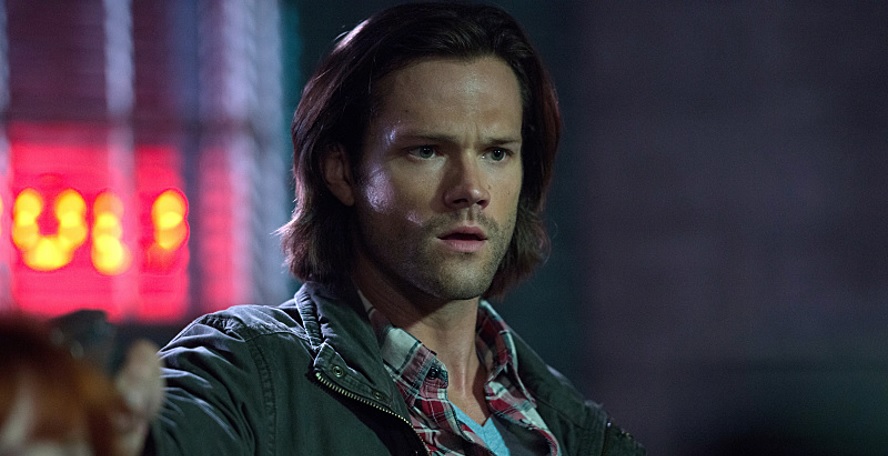 This week’s episode of Supernatural had a heavy focus on what the baddies of the show are up to. Rowena, Crowley, and Amara all got significant attention this episode, and we got to see what murderous plots they have planned for humanity. We still saw Castiel, Sam, and Dean enjoying some bro-bonding time while they try to figure out how to find Rowena and get rid of Castiel’s curse. It’s nice to see the three amigos together again.

As happy as I am to see the boys reunited, the first thing from this Supernatural episode that I would like to talk about is how utterly terrifying Amara is. Although at the moment the physical embodiment of The Darkness is only a little girl, it doesn’t change the fact that she has an insatiable hunger for souls. There are only a couple things that scare me more than creepy children, like spiders and walking into crowded places alone. Irrational fears aside, Amara is definitely evil.

Crowley has her staying in Hell while he tries to convince her to be loyal to him and his side is the one to be on. Well, during Amara’s stay, Crowley has her going through a little bit of schooling to prepare her for the world. However, she’s not learning about which year Christopher Columbus sailed the ocean blue, but rather watching Hitler’s Nuremberg speeches on a laptop (Excuse me?).

She’s also reading Dante’s Inferno in its original Latin. Just your normal Sunday light reading if you’re an all powerful being, I guess. Oh, she also spends some of her time just looking at pictures of natural disasters. Messed up, right? By the end of the episode Amara is a pre-teen and it looks like she is going to be a match for Sam and Dean, which we haven’t seen from a Supernatural villain in a long time.

Rowena is another villain that Sam and Dean must contend with, but she’s more of a nuisance than anything else. As we saw from this episode, all they have to do is throw some special cuffs on her and she can’t use her powers. Don’t get me wrong, she has potential for evil and devastation, but the writers haven’t let her reach her full potential.

The Winchesters find her with little to no effort, and the supposedly powerful witch isn’t ready when Sam sneaks up behind her with the cuffs. Come on, that’s a little lazy of the writers. They played it safe to an absurd degree. I guess her capture needed to be covered quickly so they could get to the bigger stuff, but I am still a little disappointed by it.

We also learn that Rowena is trying to get her own Coven started to rival that of the Grand-Coven. She decides that it will be called the “Mega-Coven.” None of the witches she tries to recruit are a fan of the name, but Rowena keeps trying to make it stick. Please stop, Rowena, it’s not going to stick.

There is a seemingly throw-away scene where an angel and a demon meet up in a bar for drinks like they are old buddies. They complain about Heaven and Hell respectively, and worry about their job security. It is interesting to see an angel and a demon interacting like this, but I can’t figure out the point of the scene. They both hint that “management” isn’t doing enough about the Darkness problem, and maybe the “little guy” should step up. These two characters may be part of something bigger later on, but right now it was random and a little confusing. We’ll have to see what comes of this interaction in the future.

This episode of Supernatural wasn’t as bad as I’m making it out to be, but I do have one more complaint. While trying to figure out information on The Darkness and what they should do about it, Sam, Dean, and Castiel decide that the best option will be to locate Metatron to try and get some answers. Really? Hasn’t the whole “get help from Metatron” story-line been done enough already? He’ll just betray them or give them false information of some sort. We’ve seen it more than once before. I’m hoping Metatron doesn’t actually know anything useful about The Darkness so that our characters are forced to look elsewhere for answers.

This was probably my least favorite episode of the season, but that doesn’t mean I didn’t like it. I know I had some complaints, but overall it still got me excited for the rest of the season to come. Most notably I am excited to see Amara develop into an actual villain for Sam and Dean to contend with. She’s the most evil, and definitely creepiest, villain we’ve had in a long time. Let’s hope there isn’t some anti-climactic way to kill her like we’ve seen before.