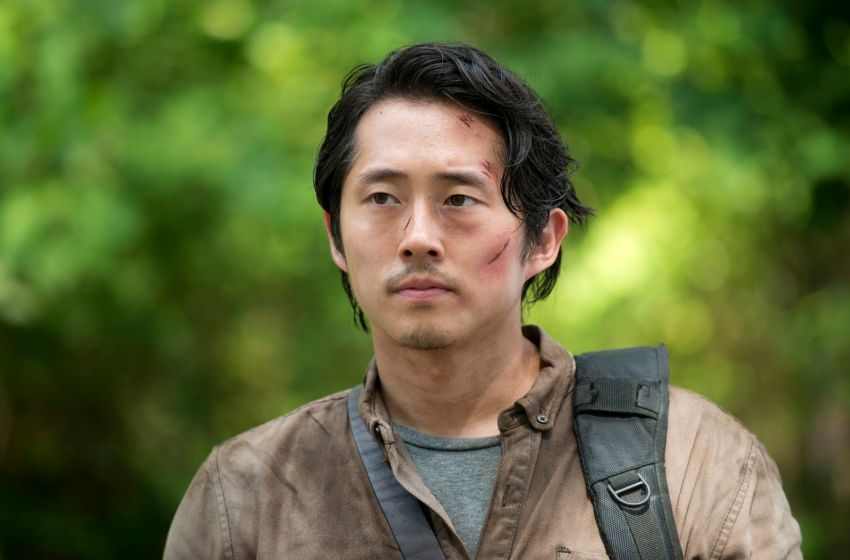 Before I go too in depth into this The Walking Dead episode and who may or may NOT be dead, let’s take a quick look at our running kill count for the season:

The biggest The Walking Dead surprise so far is that Daryl is still in last place. It makes sense, though, since he’s just been riding a motorcycle down the road at a slug-like pace for three episodes. I’m sure this will change soon and Daryl will be climbing the leader-board in no time.

Also, my boy Heath is tied for first. I knew I liked him for a reason.

This episode of The Walking Dead put us back in the middle of the action with Rick and company while they try to deal with the endless heard of walkers, half of which broke off to head towards Alexandria. Rick, Michonne, and Glenn are basically babysitting the native-Alexandrians that are with them because they are garbage at defending themselves.

One of the Alexandrians begins to doubt Rick’s leadership behind his back, and about two minutes later in the episode he is killed by a walker. I’ve noticed a recent trend with The Walking Dead where basically anyone who bad mouths Rick ends up dying soon after. Talk shit, get bit.

Rick was back to his bad-ass self this The Walking Dead episode when he goes lone-wolf to find the RV to try and lure the walkers back to the bigger heard. He gets ambushed by a small group of Wolves, but even with the element of surprise Rick still manages to kill them all. Not only does he kill them, but he does it by blindly shooting an assault rifle through the side of the RV. If I was only 1/1000th the bad-ass that Rick is maybe I wouldn’t have to go get my girlfriend every time there is a spider in the apartment. Let’s be real, though, spiders are a lot scarier than walkers, they have EIGHT legs. Gross.

I don’t know if Rick left the keys in the ignition or what (shout out to Jesse Pinkman), but he can’t get the RV started and we are left with a shot of him being surrounded by the herd of walkers. I’m sure he will find a way out of his situation because, well, he’s Rick Grimes of The Walking Dead.

I’m not sure if this is significant or not, but at one point Rick injures his hand while killing a few random walkers in his path. It looks like he cuts it accidentally while stabbing one of them. Normally I wouldn’t mention this, but they kept showing him grimacing and nursing the wound through the rest of the episode. Writers and producers never do anything on accident, so maybe this means something? If it amounts to anything, I’ll seem smart for mentioning it. So there’s that.

More important than Rick’s little paper-cut is the fact that THEY KILLED GLENN. Well, maybe, but I’ll get to the conspiracy theories out there shortly. I had actually told my girlfriend before the season started that I thought Glenn would be the character killed off this season. He is a fan-favorite, but just low enough on the totem-pole of characters to be expendable.

As of right now it looks like my prediction was right. I was pumped Nicholas decided to off himself in The Walking Dead, until he couldn’t even die right and had to fall on Glenn. Literally one of the dumbest characters in television history. Glenn should have killed him when he had the chance.

I actually had Glenn’s The Walking Dead death spoiled for me before I watched the episode thanks to people on Twitter. If you watch a really popular television show and choose to post about it on social media immediately after you watch it, there is a special place in Hell for you. Right next to people who bring their crying babies into movie theaters.

The real question is whether or not Glenn is actually dead. There is a lot of speculation that he could still be alive, despite the alarming amount of evidence that points to his demise. When they fall from the dumpster, Nicholas appears to land on top of Glenn, so it could be his intestines we see being ripped out and eaten like spaghetti.

I don’t know, though, Glenn seemed to be screaming in pain more than anything else. This could just be false hope because fans don’t want to lose one of their favorite characters, but who knows? I’m going to pick the conspiracy theory side of things for The Walking Dead and guess that Glenn is still alive. How he’s going to get away from the herd I can’t say, but he’s sneaky enough to figure it out.

Minus the possible death of my favorite character, I loved this episode of The Walking Dead. The show got back to the basics with a lot of drama and zombie-killing and there isn’t anything wrong with that. I’m excited for next-weeks 90 minute episode, and I hope they don’t keep us waiting for too long to figure out Glenn’s fate. That poor pizza delivery boy deserves a funeral if nothing else.