Trending
You are at:Home»Movies»Would I Survive This Saw Trap?
By Sonny Giuliano on October 30, 2015 Movies 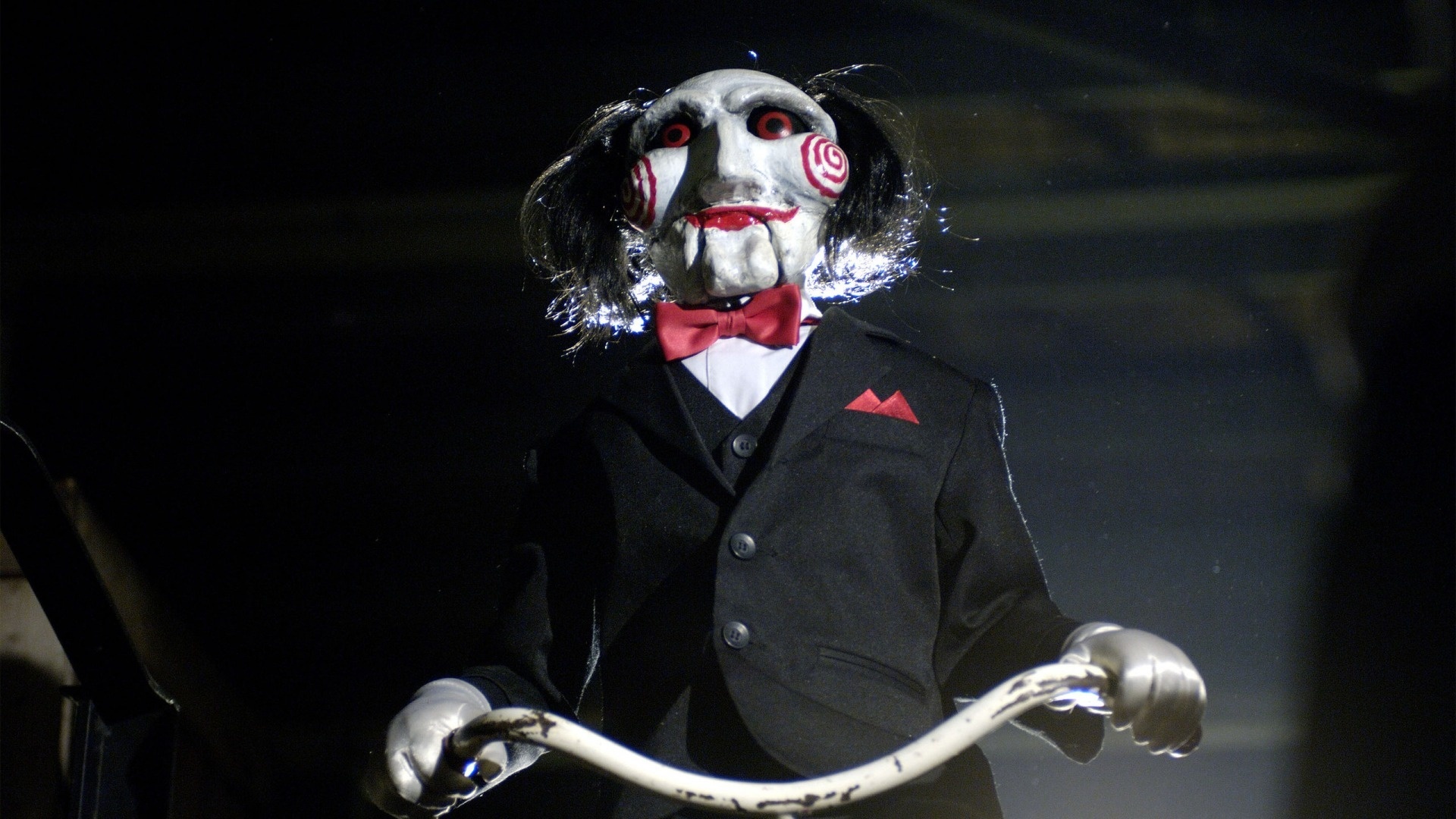 Five years ago yesterday, the final installment of the Saw movie franchise was released in the United States. I went and saw the movie in theaters, and I saw five of the previous six in theaters too. You might be able to call it a Halloween tradition. I have all seven Saw films on DVD and may or may not have owned a couple of Saw t-shirts back in the day. I like these movies significantly more than most human beings do, and I don’t even care that some people put these movies in a genre known affectionately as “torture porn.”

Anyone who has seen one, or all seven of the Saw movies has had a similar thought at some point during the film … would I survive this Saw trap? It’s sick that we think this way, but I’m 100 percent confident that this thought has crossed almost everyone’s mind. Today I’ll be conducting an honest investigation as to whether I, Sonny Giuliano, could survive one particular “trap” from each of the seven Saw films. And please note: Not all of these traps present a life or death sort of outcome, so the word “survive” might sometimes simply mean making it through the trap with some degree of success.

Warning: There are some rather gruesome videos embedded on this page. You don’t have to watch them but it definitely enhances this experience for all of us if you have a better understanding of what I’m talking about, because I’m not that good of a writer.

If there is one thing Jigsaw likes to do, it’s tell you exactly how to survive his traps without coming right out and telling you exactly how to survive his traps. I swear to God that makes sense. He does it in this super-sneaky cryptic way sometimes, but Jigsaw is never going to downright fool you just for the sake of fooling you. This is going to sound insane, but he’s not that bad of a guy.

B) I acted like I forgave someone who I was really mad at after they asked for my forgiveness, when in reality I didn’t actually forgive them

If I were in this situation I know I would have been a little more cautious of what might happen if this brittle old man died because of me. I’m not at all sure how Jeff couldn’t have at least considered, “I wonder what this intimidating contraption around my wife’s neck might be,” at any point in time, especially after all that he had just been through. I feel like my worst case scenario would have been verbally reprimanding Jigsaw or maybe even smacking him around a bit before urgently trying to get some help for my wife. A power saw does not come into play in any version of this scenario where I’m involved.

This is fundamentally unfair, because unlike Jigsaw, the word of this fella Hoffman, a crooked police detective who became the heir to Jigsaw’s throne after Jeff went Dexter Morgan on his ass in Saw III, can’t be trusted. He’s super shady, he constructed traps that couldn’t be conquered, and his cover had already (almost) been blown. He was desperate and paranoid, and it’s natural for anybody to lie uncontrollably in situations where you’re desperate and paranoid.

Even sitting here knowing what I know about what would transpire, I can’t blame FBI Agent Strahm for fighting the the good fight and putting Hoffman’s ass in that menacing coffin and expecting the best. I would have done the same thing under those circumstances. And then, like Strahm, I would have become a grotesque glob of body goo, and nobody can survive that.

Let’s operate under the assumption that I’m in the position of Officer Rigg, not the female pimp whose hair is entangled in this sadistic machine. There are two parts to this test, the first of which is deciding whether or not I want to find a way to prevent this possibly immoral lady’s head skin from being ripped from her skull. The very first time I saw this movie my first thought after seeing this trap was, “Why doesn’t he just chew through her hair?” I distinctly this thought for two reasons: first, I was legitimately surprised that it wasn’t what Rigg ended up doing. Second, I spent a long while after the movie was done pondering whether I was sick in the head for immediately jumping to chewing through her hair.

Anyway, after I chew the female pimp’s hair and set her free, the unexpected part two to this test is ensuring I don’t die once this wacko broad gets her hands on a knife. In this situation, I think back to two lessons my parents taught me growing up. My father always taught me never to hit a woman. My mother always taught me that if a woman is threatening me with violence then I should hit her like I would hit a man. My mom is like a super smart lady, and the biggest reason why I would survive this Saw trap.

A true story: back when I was like two years old (alright, I was actually like five years old) I had to go to the doctor for a shot, and I wasn’t about having a needle stuck in my arm. And I wasn’t some sort of passive kid who would just do the pout-face all day long and then let somebody stick a needle in my arm. No sir. I was notorious around those parts for making a not-messing-around kind of fuss any time the word “shot” came up at the doctors office.

So this one time my doctor came into the office and told me that they were running some sort of competition for all of the kids who were getting shots at her office. She told me that if I didn’t cry a lot and if I could count to three really fast, there was a chance I’d win the coolest looking swing-set I’ve ever seen. She had a picture of it and everything. I wanted it. I wanted it so bad that only a few tears dripped down my face and I counted to three way faster than I imagine any other kid my age could have in that particular situation. Unfortunately, I didn’t do it well enough to win the swing-set.

Like four years ago I was talking with my mom about that doctors visit and she told me that there never was a swing-set up for grabs. NO FUCKING SWING-SET! THEY LIED TO A BUNCH OF SMALL CHILDREN!

The good news: this swing-set scam actually helped me through my early fear of any needle related activities. The bad news: the needles in that pit had some sort of drug in them, not a disease preventing vaccine. I’m not trying to get hooked on the Hard H or anything of the sort, especially if like in this particular game, my life wasn’t directly on the line. Sorry y’all, but we can go without an antidote for a little bit longer.

I’m 47-3-1 all-time in Hold Your Breath Under Water Contests in my entire life. I think my record speaks for itself.

*All records are approximate

That’s exactly what I’d say to the other dude, and that would be all that needed to be said. We’d live and Deana would get dead in front of us, and maybe this experience would be a bonding experience for us. We’d turn into bros, become roommates, move on to girls who wouldn’t land us in this situation and reminisce about how stupid Deana was for not backing one guy and sticking with him throughout the entirety of the trap.

That’s how that story goes if I’m involved.

My first plan of attack would be to catch up on some sleep. After a stressful day like this, it’s important to make sure you’re well-rested before you move on to plotting your next move. When I wake up I’m spending X amount of hours figuring out a plan B that doesn’t involve me leaving that room minus a foot. Only if it got to the point where there was no avenue out of the room aside from one that involves cutting my own foot off, then I’m just a guy missing a foot from now on. That’s just the reality of the situation.

There are bleaker outlooks than losing a foot. If you lose a foot you have a built in excuse to end up a fat old man who watches television like 35 hours a day and uses his shirt as a plate for junk food. Ask yourself: does that sound too awful? Trust me, I’ve spent a stupid amount of time in my life pondering the Would you rather have no feet or no hands question, along with other semi-morbid hypothetical’s like Deaf or Blind, Burned Alive or Drowned, and Would you eat the ear wax out of a dead guy’s ear for a million dollars? The answers: Deaf, Drowned, and I’d do literally anything for a million dollars.

Editor-In-Chief of Handicapping Sports and regular contributor for all Hardwood and Hollywood affiliated sites. My parents taught me never to talk to strangers, but if you ever want to engage in a friendly sports debate, you can follow or harass me on Twitter @SonnyCG.