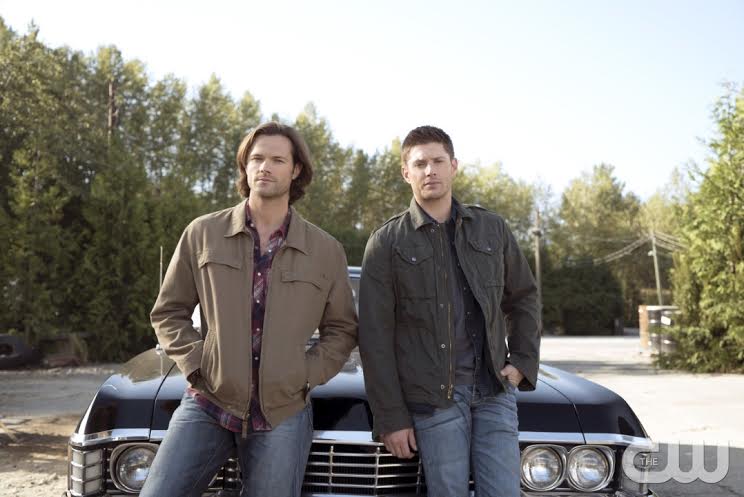 The newest episode of Supernatural continues its trend from last week and goes with another monster of the week type story. This makes me infinitely happy because Supernatural is at its best when it sticks to this format. I don’t know what it is, but the writers always crush it with this style of episode. Over the years Supernatural has continued to have some of the best, if not the best, writing on television.

They’ve slacked off the last couple of seasons, but when they bring back the monster of the week format it reminds me of the glory days of old. I hope ratings for the last couple of episodes have skyrocketed so that producers know this is when their show is at its best.

The beginning of this episode brought excitement when one of the teenagers who is about to get axed name drops the Ghostfacers. Some of my favorite episodes of Supernatural involve those easy to love nerds who think they have an idea what chasing ghosts is all about. Alas, to my disappointment, the tiny name drop was the only mention of the Ghostfacers in the episode.

Although there were no Ghostfacers in this episode of Supernatural, like many other episodes it didn’t lack awesome supporting characters for Sam and Dean to interact with. The one I’m thinking of here is Len. He’s a Lizzie Borden “super-fan” and is more than a little obsessed with the murderer. Many of the great one-liners from this episode come from him, and they’re all hilarious.

We find out that he doesn’t have a soul, but rather than becoming an instant murderer, Len simply wonders why he doesn’t love everything that he used to. What a good guy, right? He even turns himself into the police for murders he didn’t commit so we won’t be able to hurt anyone in the future.

The reason Len is missing his soul is because he has an unfortunate run in with Amara, who also seems to have an unhealthy obsession with serial killers. She says that she knows Lizzie killed her parents because she has “serial killer eyes” and then proceeds to flash us her serial killer eyes. Amara is still terrifying, and pretty much everything she says makes me want to hop on the nope-train to don’t-think-so-ville. I’m a big fan of not having my soul eaten by a twelve year old girl.

I liked this episode of Supernatural because it put The Darkness storyline on hold for the most part. It isn’t until late in the episode that we see Amara or realize everything is part of a bigger picture, and that’s a good thing. Lately they have been focusing too much on the overarching story and not having fun with the episodes. It is much more exciting when Amara shows up unexpectedly rather than just being the focus of entire episodes. The last couple of installments from this season of Supernatural have been the strongest in a long time, and I hope they continue this trend for the rest of the season.