Trending
You are at:Home»Celebrities»The Enigmatic Resume of Edward Norton
By Tyler Birss on January 7, 2016 Celebrities, Movies 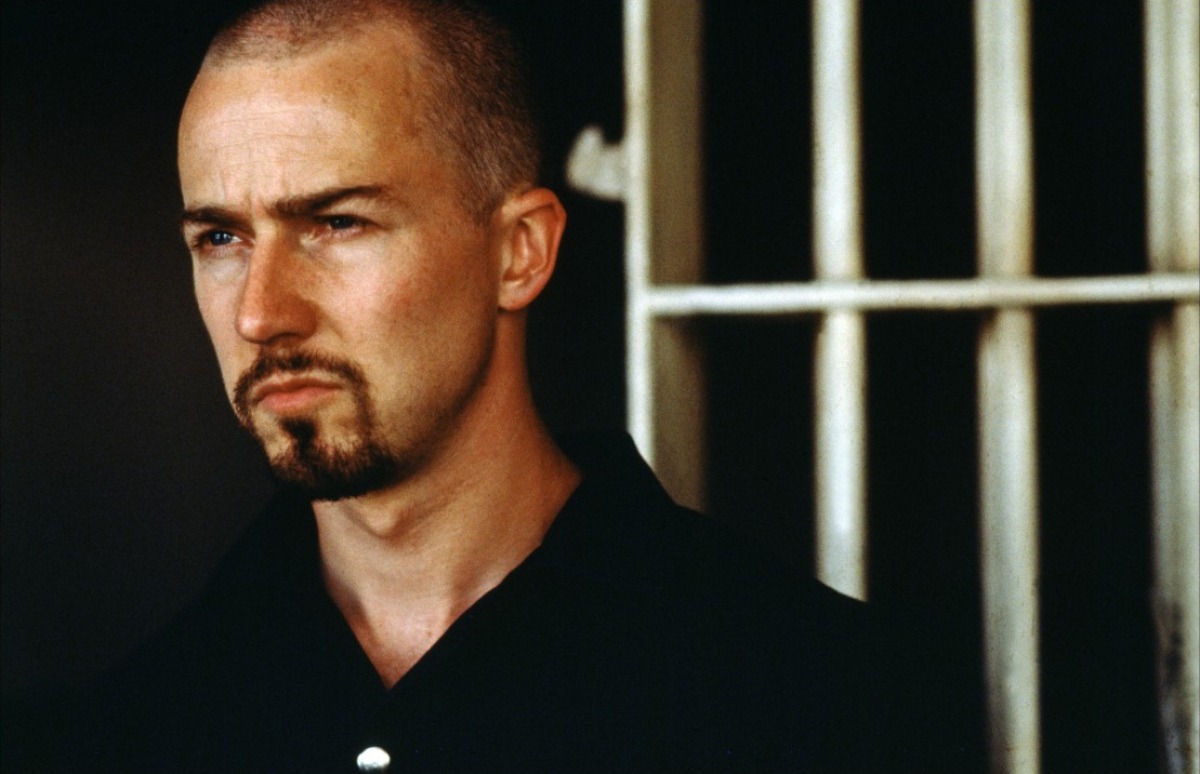 Edward Norton is one of the best actors in Hollywood, yet, somehow, his enigmatic resume has made the first part of this sentence something uncommonly stated. Because Norton hasn’t been a regular in movies over the past few years, and he’s often surfaced in just one-three annually throughout his career, Norton hasn’t fit the suit he’s capable of wearing. Primal Fear. American History X. Fight Club. The Illusionist. These are four of his best performances, but there’s simply not enough of them. I imagine Norton is perfectly content in his life with the acting trajectory he’s been on, however, I’ve frequently wondered why he doesn’t appear in movies more.

Any discussion on Norton’s resume begins with American History X and Fight Club. His role as Derek Vinyard in X is without doubt one of the greatest performances in movie history. Norton’s character is initially terrifying and outwardly racist to the point of committing numbing violence, but he later has an awakening and shifts his life for the better. This was all the way back in 1998, and one could reasonably argue Norton has never come close to matching this performance. That’s acceptable, every actor has their top moment. The enigmatic nature here comes from Norton seemingly not even attempting to match it.

Examining further, we can look to The Illusionist of 2006 as the only attempt Norton made to shine with a breathtaking showing that truly makes an impact after the aforementioned earlier career roles. Primal Fear and Fight Club were in this realm, but again, like with X, these roles came in the 1990s. Does this mean Norton has only given an all in performance once in about twenty years? His filmography suggests this statement as being a concrete truth. There’s been quality turns mixed in – The Italian Job, The Painted Veil, Leaves of Grass, and others, but there’s also been undeveloped or “you’re better than this” roles such as Stone, Moonrise Kingdom, and Pride and Glory.

Here in 2016, seeing Norton in films is rare, and seeing him either star or deliver a performance near his capabilities is nearly unobtainable. I can hear doubters of my point talking now – what about The Grand Budapest Hotel or Birdman, what about earlier with Death to Smoochy or 25th Hour, these were all good showings by Norton, right? He was strong in these movies, wasn’t he? Certainly. But has he looked like a transcendent actor who moves audiences with his art in any of these? Has the post-2000s Norton come close to matching the one who emerged in the late-1990s?

The answer to these questions is obvious. When I see Norton in film, a sigh accompanies excitement. This reaction is the perfect way to respond to Norton. The sigh comes from knowing the American History X Norton still lives inside the actor yet it’s rarely revealed, the excitement comes from knowing it’s there in the first place. To anyone who drastically disagrees with the idea behind this article, understand that I’m a massive Norton fan. His body of work is still strong enough to justify his placement among Hollywood elite. That stated, I don’t see Norton enough, and I surely don’t see him enough at his best, to say he’s one of my favorite actors.

If the American History X or The Illusionist Norton ever returns, I will reconsider my stance. A spot in my list of favorites is always saved for Norton. This is because most of those who currently fill this list are unable to match Norton’s talent. What they lack in talent, however, they make up for in conviction and acting regularity. It seems like a waste that the only thing separating Norton from this inclusion is the choice to appear in film. He’s better than most actors, and he’s better than most of the roles he has taken. Such is why I consider Norton’s resume to be great and enigmatic in the same measure.