Trending
You are at:Home»Featured»PCS Interview With Singer/Model Stephanie Murone
By Tyler Birss on February 15, 2016 Featured, Interviews 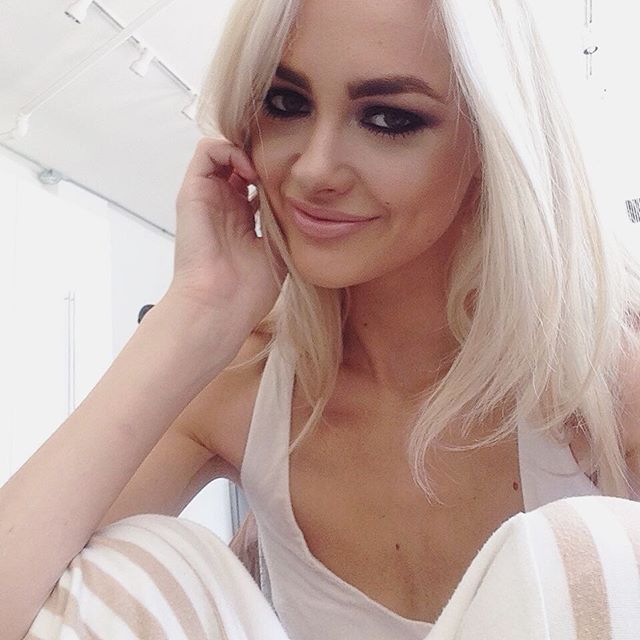 Stephanie Murone is a singer and model who joined me for a Pop Culture Spin interview. I consider her a super talented person given the dynamic abilities she has, meaning this marks yet another PCS Q&A with a great source of creativity. Check out my discussion with Stephanie below. Her music videos and where to follow her on social media will also be available in this piece.

Pop Culture Spin: Stephanie, thank you for having this Q&A with me through Pop Culture Spin. I know you do singing, dancing, and modeling – do you have a favorite of the three or are they all enjoyed the same amount?
Stephanie: Dancing was my first love but music would have to be my favorite.

PCS: Your “STOPGO” song/music video is super artistic and well made. What went into creating this song and the video for it?
Stephanie: I was asked to make a radio track to put out in Australia first so I got together with a great team Stephen Garnett and Producers Fallen Angel and Authentic where we wrote and produced STOPGO.

The visual side of the video I have to give all credit to Stephen Garnett. He came to me and said he had an idea for the video and to trust him. I really didn’t know what the concept was before the shoot I just trusted his vision and I’m glad I did. We put the outfits together ourselves, found a parking garage and shot it in a few hours. Was a very spontaneous video. I will be shooting another video for STOPGO in the next few weeks so stay tuned :-)

PCS: Can fans expect more content from you that’s similar to “STOPGO” and “Blue Light” in the future? I ask because I believe you’re onto something special with this sort of music vibe.
Stephanie: Thanks so much!

Yes definitely. I feel there are two sides of me. One side that loves creating more mainstream fun music like STOPGO and then my other side where I like to experiment with a whole new different vibe that’s not so mainstream but different and unique and not what you would particularly hear on the radio. I’m just continuously experimenting and want my music to be true to me and hopefully people connect with it but yes, you can expect both mainstream but also some more alternative music from me in the future.

PCS: Where do you draw your inspiration from when working on new music?
Stephanie: A lot of my inspiration comes from listening to the beats. Sometimes the producers I work with will have a selection of beats that I go through and when I hear one that makes me feel something special or that I connect with at that point of time I generally go with that and see where it takes me. Other times we will make a beat from scratch and just see where it takes us. Of course what I’m feeling that day or personal experiences I’m dealing with has a big influence in what I’m creating at that point in time.

PCS: Much like your music, your modeling work is also artistic. When you’re on the set of a photo shoot, what’s your ultimate goal of how the final product picture should look?
Stephanie: If I’m working on a job my ultimate goal is to obviously make the client happy and to portray whatever I’m selling the best way I possibly can. I’m constantly thinking about if my body position is shaping the clothes the best way it can or if my facial expression is right for that particular shot and so on.

PCS: Do you need to be in a different mindset/focus level when having your picture taken or is comfort in front of the camera just second nature to you?
Stephanie: At this point modeling has become second nature to me as I have been doing it for years. I went through the stages of practicing my different facial expressions and figuring out what my best angles were in the mirror and I took enough bad photos throughout the years for me to learn what works and what doesn’t. So it’s safe to say at this point of my career I’m quite comfortable in front of the camera, not to say I still don’t get a little nervous from time to time.

PCS: With your ability to make songs and take part in creative modeling work, do you consider yourself a versatile content creator?
Stephanie: Yes I do consider myself a versatile content creator but I always surround myself with other creative individuals so I keep learning and broaden my creative thinking. I like people who push me to think outside the box because it’s very easy to want to stay safe or get mental blocks so keeping a good team around you always helps bring uniqueness and versatility to the content you’re creating.

PCS: I see that you’re from Australia but live in Los Angeles, California. How did this move come about and what’s it been like living over in the U.S. so far?
Stephanie: I always wanted to live in the states and in 2012 I decided to take a leap of faith and leave everything and everyone and make the move to pursue my music career. I was actually really scared but my family encouraged and supported me to go which helped me make my decision. I knew no one except my manager who let me sleep on his couch until I got on my feet. It was the scariest thing I had ever done but the best decision I ever made. I think most people think I moved here to model but music has always been what drives me. Living in LA so far has been very interesting, I’ve been here a while now so it feels like home but it’s very different from what my lifestyle was in Australia. I had to grow up very quickly when I moved here and it took me a long time to get on my feet and find people who really believed in me and my talent. Overall its been a crazy journey so far.

PCS: Are there any music or modeling projects on the horizon that you would like to mention to the readers out there?
Stephanie: I’m working on my EP right now so expect more music and amazing visuals to complement it. I want to make sure it’s work I’m proud of so there will be no rushing but there will be more. In terms of modeling I have a few projects in the works which I can’t speak of as yet but in between I want to keep collaborating with different photographers to see what unique masterpieces we can create together.

PCS: Thank you again for the interview. I’m extremely excited to hear your future songs and wish you the best of luck in your career. To finish our Q&A, where can fans follow and connect with you online?
Stephanie: My website is www.stephaniemurone.com
Instagram – @stephmurone
Soundcloud – www.soundcloud.com/stephmurone

Thanks so much for having me!