Trending
You are at:Home»Music»Review: LNDN DRGS Brings Back The 90’s With Their Album “Aktive”
By Mehkavelli on March 3, 2016 Music, Music Reviews 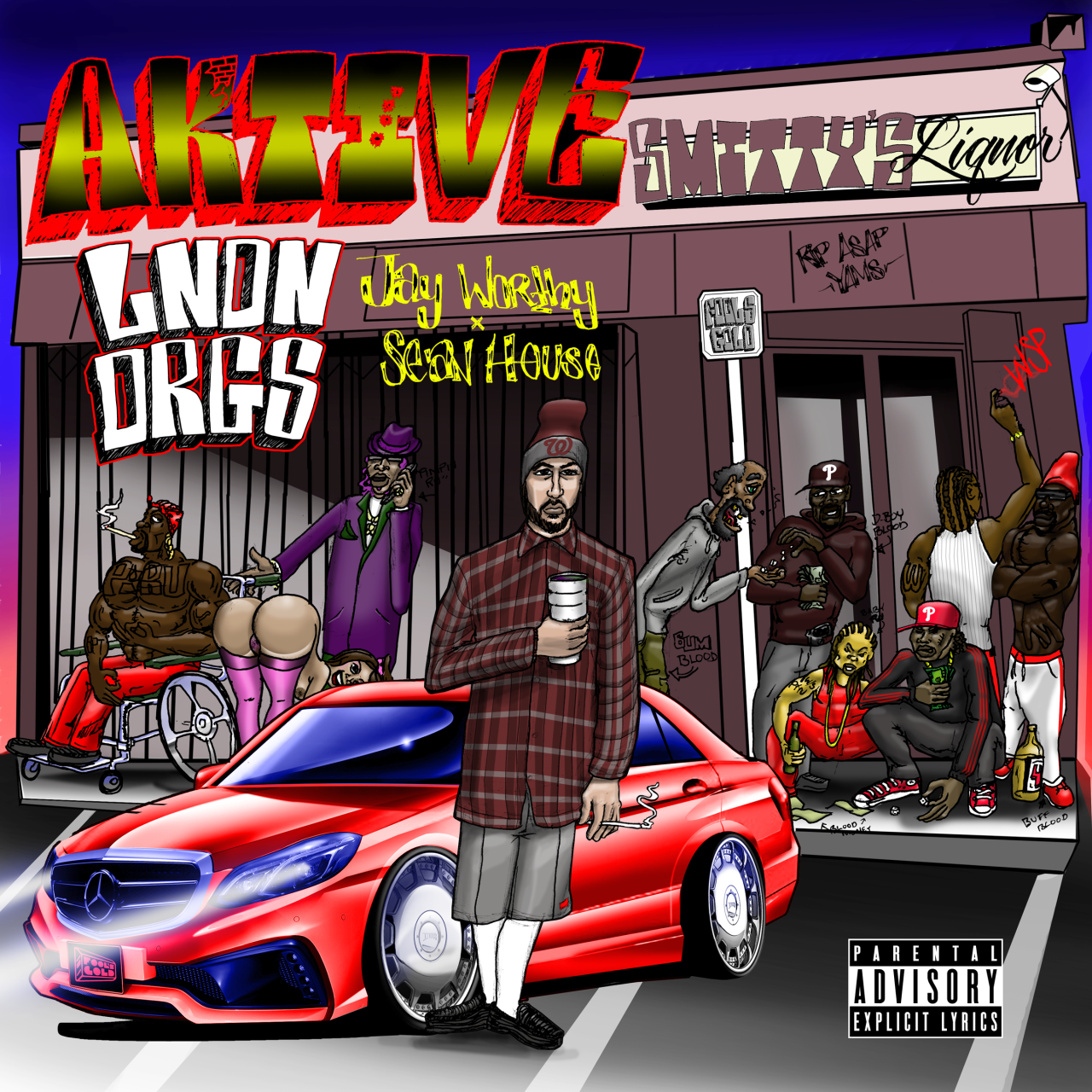 Growing up in Boston, I had a real love and hate relationship with West Coast rap. Even though none of the major figures involved in the East Coast/West Coast rap civil war resided in my city, I was still a die-hard East Coast representer.

It wouldn’t be until later in my life I would ever enjoy music from Dj Quik, Tupac, and others without having a bias ear. What resulted was me becoming a fan of music I learned to hate.

Over the next few years, the music would change. Fans began to lean more to the hard-hitting drums found in Southern hip-hop that would become more prominent, while the West Coast sound struggled to stay alive.

Today, most artists sound like a hodge-podge of different areas. Regional sounds are kind of like dinosaurs today. Thank you for the artists who are not afraid to show their regional flavor and resurrect a feeling many thought was extinct. Thank you for LNDN.

Comprised of emcee Jay Worthy and producer Sean House, LNDN’s latest project Aktive is a throwback to the sound that took over the airwaves in the mid-90s.

Tracks like “Fade” is a smooth warning to shot to anyone who wants to bump their gums. To put some extra emphasis on the track, they enlist Cali veteran Mitchy Slick to put a period at the end of the sentence, “you can catch a fade.”

“Plug B4” brings in another Cali vet, YG Hootie. The hook sets off the track “How you never seen a plug b4/how you never seen a thug before,” before the artists take turns speaking on the virtues of surviving the streets of California.

If you’re in the need to hear some authentic California music, you won’t go wrong with this.

Rodney “Mehka” King is an experienced entertainment journalist. His work has appeared in publications like XXL, SLAM and Hip Hop Weekly magazine. He’s also held editor positions with websites such as Hip Hop Enquirer, Yoraps!, Soletron.com and Wordonthestreetsmag.com. Hip-hop is his love, but basketball is his passion. He’s covered everything from high school standouts to professional athletes. Whether asking a hip-hop star about his or her own hoop dreams or grilling a high school All-America about how they choose their college of choice, King always finds something great about the game of basketball from any angle. When not writing or blogging for others, he’s maintaining his own websites, Djsdoingwork.com and Notesfromtheundergroundtv.com. Ask him anything, just don’t ask him if he’s the real Rodney King.