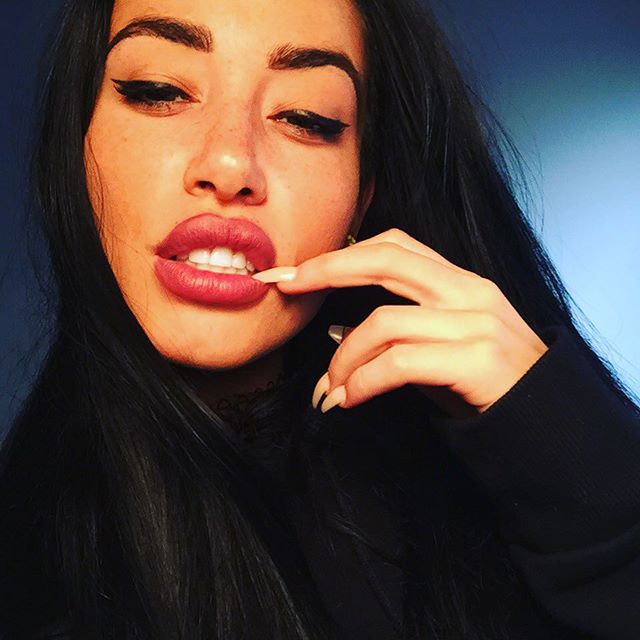 Jesy Johnston is someone you might want to keep your eye on. A model based in Toronto, Ontario, she has an unforgettable presence in front of the camera that’s seen in nearly every picture featured on her Instagram account. I had the chance to talk with Jesy in the newest Pop Culture Spin interview with a creative professional. Our topics covered her photo shoot work, individuality as a model, awesome hair game, and more. Read the Q&A below and consider following Jesy for her striking presence in the field she operates in.

Pop Culture Spin: Jesy, thank you for having this interview with my website. To begin, what originally caused you to want to enter the modeling field?
Jesy: Hey there, no problem thanks for having me. Well it’s pretty simple I’ve always been interested in modelling but I thought I was too short. One day a regular at my work told me he had an agency and wanted to represent me, I said sure and as I started working I realized modelling is for all shapes and sizes not just tall rail thin girls. The rest is history.

PCS: I live in the states but I know you’re situated in Toronto. Were you born/raised in Ontario and what’s the modeling scene like over there?
Jesy: Well I was born in Brampton, Ontario but I’ve lived everywhere, I lived in Florida for a chunk of my adolescence and came back to Canada for school. The modelling scene here is great but I definitely want to branch out to places like LA and Miami.

PCS: Do you approach every photo shoot the same way or are they case by case depending on the photographer you’re working with?
Jesy: It’s definitely different depending on the photographer, all people are different so you for sure have to read them and feel out their vibe. I’m super easy going and bubbly so regardless of how they are in the beginning I almost always get them to loosen up and have fun with it by the end.

PCS: Does looking comfortable in front of the camera happen organically or grow with experience?
Jesy: I think it definitely grows, you start to know what poses look good for you, angles, movement etc… I’ve always been told I’m a naturally good poser but now I can legit make a pose and see in my head whether it looks good or not before seeing the picture.

PCS: What would you say to those who consider modeling easy without realizing all that goes into it?
Jesy: I mean it’s not rocket science but it’s definitely not easy either, you go through a lot of rejection and a lot of criticism which I’m sure a lot of girls would find hard to handle. Sometimes you’re not having the best day mentally or physically and you have to put on a smile and work through it, sometimes you’re working 16 hour days and whether you’re waiting around or shooting the entire time it can be exhausting. You have to be a people person, you have to network, you have to keep up on your image constantly, it’s not as fun and carefree as it can seem, but I still love it. 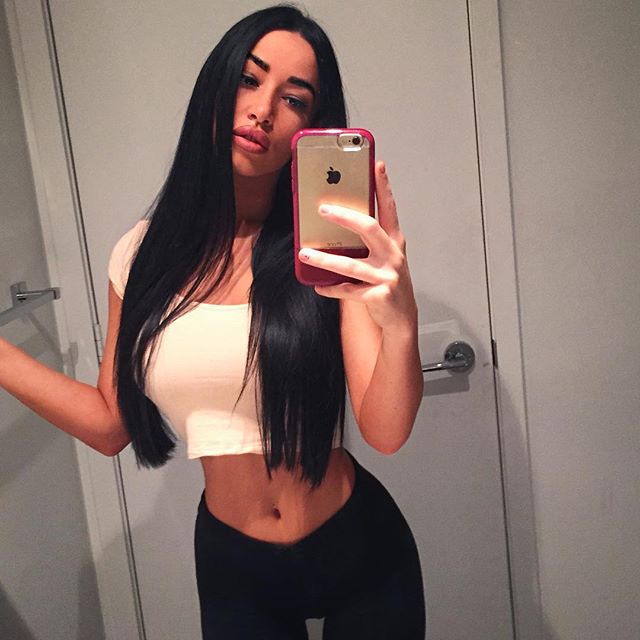 PCS: I interpret your look and the vibe of your work to be strikingly unique. Do you consider yourself distinctive as a model or just another regular person in this field?
Jesy: Oh I am for sure unique, I mean I have tattoos and a shaved head haha. I’ve been told I’m very intense or exotic looking which is not what everyone is looking for but when you get that person that says you’re exactly what I was imagining for this part or shoot it’s a very nice feeling, being reassured that different is special.

PCS: Is your individuality/personal swagger an aspect people seem to appreciate about you?
Jesy: Haha I mean people seem to enjoy who I am, I get “badass” a lot, I’ve also been through a lot in my life so I sometimes come off cold and intimidating but if you get to know me I’m a super warm person. Cross me though and it’s over haha (that’s the Leo in me)

PCS: Your hair game is among the best I’ve ever seen. What was the inspiration behind the fade where you keep it tight on the sides but let it flow everywhere else?
Jesy: Well my boyfriend (Adrien Fiorio) is a hair stylist, one day I really wanted to shave my side so we did it, but I just felt incomplete so we did both sides. I got so much positive feed back and as we have both grown he has come up with some really cool fades etc… I just feel more me with this hair cut I have a very strong independent energy so I think my hair conveys that.

PCS: Outside of modeling, what type of creative pursuits or other activities do you spend your time with?
Jesy: Well to make money I work at a bar on the weekends, as well as do some commercial acting. My main pursuit though is architecture which I just finished school for.

PCS: Are there any noteworthy projects on the way in 2016 you’d like to mention or would you prefer for your followers to wait and see?
Jesy: Haha they can wait and see, I am going to LA in April though so there may be some interesting shoots there.

PCS: Thank you again for bringing your thoughts to Pop Culture Spin. For all those interested in supporting your career, where can they follow/connect with you online?
Jesy: My Instagram: @jesyjohnston