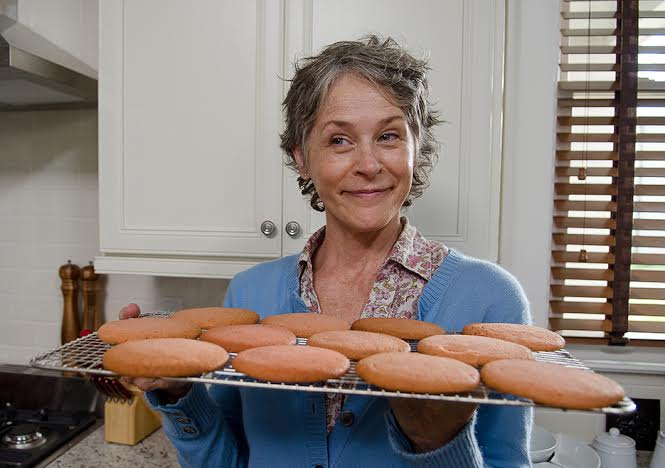 The Walking Dead is the best show on television, and I won’t entertain any arguments to the contrary. It has consistently proven itself to be the best in what is honestly a golden age for television in so many different ways. This week’s episode of everybody’s favorite post-apocalyptic drama was no different and showed that even six seasons in, it has no intentions of slowing down anytime soon. Here’s a look at our running Kill Count:

Glenn had the most kills this week, and it was nice to see him get some action. However, two of those kills came in a scene that was actually very difficult to watch. While invading Negan’s compound, the group catches many of its inhabitants off guard while they are sleeping. We get a scene where we see Rick, followed by Glenn using knives to stab these people in the head while they sleep. The kills are slow, and even though it is the enemy, sort of heartbreaking. Glenn didn’t make it through without shedding tears, and even hard-ass Rick hesitated with the act. There was something about them taking the lives of people that were at their most vulnerable that made it some of the most difficult to watch television I’ve ever seen.

This week’s episode of The Walking Dead featured a lot more Carol than we have seen the past few weeks, and that is always a plus. Since her encounter with Morgan, it is obvious she is struggling with morality and whether or not she should actually be killing people. She seems very torn up by her number of 18 kills that she has kept track of. I’m assuming this is real people kills, not walkers, because her number would be way higher. We can also have a funeral for the idea that Carol and Daryl were ever going to get together, because she seems to have a new love interest in Tobin. Sorry, Carol/Daryl shippers, but it just wasn’t meant to be.

I’m a big fan of the bad-ass Carol has become, and I really don’t want her adopting any of Morgan’s policies when it comes to killing. He has become one of my least favorite characters simply by being unable to do what is necessary. I understand his character is important because he is a contrast to Rick and the rest of the group, but it doesn’t mean I have to like him. He disagreed with the plan to attack Negan’s compound, and near the end of the episode we get a glimpse of him welding some unknown object. I don’t trust Morgan and I can’t see anything good coming out of whatever he’s doing.

While Morgan is busy being the WORST, the group invading Negan’s compound gave us some of the most stressful, edge of your seat television I have ever seen. The close-quarters fire-fight was crazy and not knowing what the characters would find around every corner made it an intense scene. I was definitely scared someone wasn’t going to make it out alive. However, it was actually a pretty easy mission, and I don’t know how they all thought it was over just like that. Turns out they were being watched by a mysterious voice who talks to them over a walkie-talkie. Whoever this mysterious voice belongs to has also taken Maggie and Carol hostage. So much for the easy victory they all thought they had.

I’m sure things in this season of The Walking Dead are about to get absolutely crazy, and I can’t wait. Negan and his group are turning out to be a real threat to Rick and his, which hasn’t been seen in quite a while on the show. It’s actually making me nervous, because I know they are going to kill off a main character anytime now, most likely when we meet Negan in the season finale. It is going to have to be a fan-favorite in order to make the audience really hate Negan. My guess is that Daryl won’t make it out of this season alive. He is probably the character most loved by fans, and it seems crazy they would write him off the show, but Daryl’s death would be the most heart-breaking by far. It could be anyone, though, and I think the only person who is truly safe is Rick, because there really isn’t a show without him.

This is shaping up to be the best season of The Walking Dead that we have seen yet, and it is setting up the show to be even better in seasons to come. The writers are definitely playing the long-game with a lot of the story lines and it is paying off immensely. I already can’t wait to see what’s in store for our group next week.