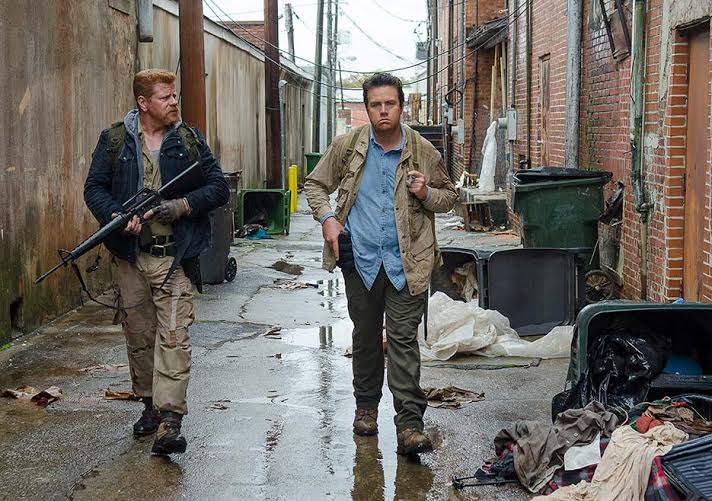 The Walking Dead made me happy this week with some great character development for a couple of characters who don’t normally get a lot of screen time. Eugene and Denise have both had good moments on the show, but neither has really gotten the attention they deserve. While this episode could be considered a bit of a filler for the season, I thought it accomplished a lot when it came to the characters and the overall tone of this season. Before I analyze too much, though, let’s check out the running Kill Count:

It was another relatively tame episode of The Walking Dead but we did finally see Abraham get a little more action and move up one spot on the list. I really feel like the last couple of episodes have been the calm before the storm, and we’re going to see everyone’s counts skyrocket before the season is over.

Denise was the main focus of the episode this week, and it was about time she got some much deserved character development. She has been one of my favorite characters since her first appearance on the show. Our resident doctor convinces Daryl and Rosita to accompany her on a little scavenging mission to a nearby apothecary. This is her first real excursion into the world that exists outside the walls of Alexandria, and now that Tara is away on her own mission, Denise needs to prove to herself that she has what it takes to survive.

Although she was a little shaky at first, she proves she has the potential to handle the outside world when she kills her first walker simply to get an orange soda for Tara. That may seem a little crazy, but she’s been feeling guilty for not saying the “L” word, and wants to prove she isn’t afraid anymore. We also learn that she feels so close to Daryl because he reminds her of her older brother and makes her feel safe. Unfortunately for Denise, it seems that we were given a deeper glimpse into her character simply so we would be really sad when she took a cross-bow shot to the eyeball.

Thanks again to The Walking Dead writers for yet again killing off one of my favorite characters. This show could seriously give Game of Thrones a run for its money. Denise’s death hit me right in the feels, and it was definitely more sad than I would have expected it to be. I feel awful for Tara, and even Daryl was visibly shaken by Denise’s shocking demise. Just goes to show why I should never show favoritism to any characters, because they will just end up dead.

Another character who got some character development this episode and, fortunately, didn’t end up with an arrow through his skull was Eugene. He has been relatively quiet this season, and I’m glad he finally got some more screen time. While normally a bit of a pushover, Eugene stands up to Abraham and declares that he has adapted to be a survivor. At first it seems like Abraham is right and Eugene is still weak and must rely on others to survive. This perception of Eugene quickly changes when the group encounters more of Negan’s men. He single-handedly saves the group by distracting his captor and then proceeding to go Mike Tyson on the man’s dick. That’s right, Eugene gave that guy the worst blow job of his life and doesn’t let go until Negan’s men retreat. That takes balls if you ask me, and I hope Eugene continues to be a survivor and a  bad-ass from here on out.

I enjoyed this episode of The Walking Dead and really like what they did with Denise and Eugene. It is always good to get a more in-depth look at characters who don’t normally get a ton of screen time. We also got to see our group win another battle with Negan’s men, which tells me that sooner or later something has to give, and they are going to get their asses kicked hard. That doesn’t bode well for any of the characters who I like, because any one of them could be up next on the writers’ chopping block. This season of The Walking Dead is about to get bloody, and I’m equal parts excited and nervous about what is to come.