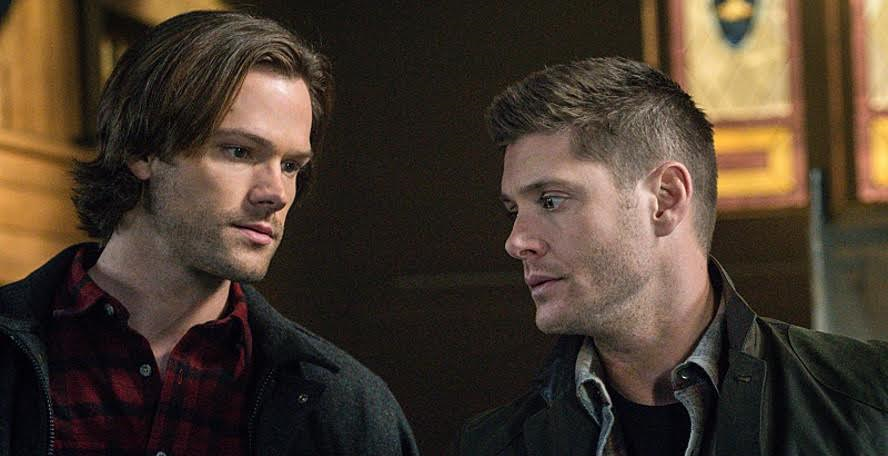 Supernatural FINALLY blessed us with an episode that focused on the main story so we no longer have to guess what our evil-doers Casifer and Amara are up to nowadays. Well, it turns out Amara is still recovering from her angel smiting, and Casifer is trying to make his way back into Heaven, as it has been quite some time since daddy threw him out.

It was well worth the wait for an episode like this and I loved every second of it. They did so many things right that it makes up for keeping us in the dark for multiple weeks in a row. Ruthless Crowley is back in all his neck-snapping glory, and he is hell bent on taking out Lucifer as soon as possible. He decides that another Hand of God will be the best way to accomplish this, and his quickly locates one in Saudi Arabia. I guess these items aren’t quite as rare as they are made out to be.

Now that Crowley conveniently has another Hand of God, he teams up with Sam and Dean so they can exercise Lucifer out of Castiel and finish Satan off once and for all. I almost forgot to mention that they are also teaming up with Rowena, who in another convenient story point, had a a spell that brought her back to life after Casifer snapped her neck. Their plan does not go according to plan (do they ever?) and they are unable to get Lucifer out of Castiel’s vessel.

I would like to mention that Misha Collins is absolutely killing it as Casifer. He steals every scene he is in and made this episode of Supernatural great all by himself. I really hope that Lucifer isn’t released from Castiel’s vessel any time soon because I want to see Misha Collins in this role forever.

Now back to Sam, Dean, and Crowley’s terrible plan. Not only does it go wrong, but they are soon joined by Amara who tracked Rowena when she left her side. We now have all of the heavy-hitters in one room and it made for some great television. We’ve learned that Amara is pretty much all powerful, which is to be expected from God’s sister. With that in mind, it shouldn’t be a surprise that the Hand of God had zero effect on Amara when Casifer used it on her. It literally didn’t even maker her flinch, which really sucks for everyone involved. Not only do they need a new plan to take her out, but now she is really pissed off.

Pissed off Amara is bad for everyone, but especially so for Casifer, who she takes prisoner and plans to use to draw out God from wherever it is he’s been hiding. She figures that God will come to the rescue of his first and favorite son, even if they have had their differences in the past.

This brings up the question of whether or not we will finally be meeting God in this season of Supernatural. My guess is that we will, probably as a last second reveal during the season finale. Amara and Casifer are both great baddies, so I don’t see why the writers can’t take this story-line into another season. It would actually be a good change for a show that generally gets rid of its villains way too quickly.

This episode of Supernatural got me excited about what is coming the rest of the season, but unfortunately we have to wait a few more weeks for another episode to air. The CW is really good at airing great episodes of television and then taking the show away for extended periods of time.