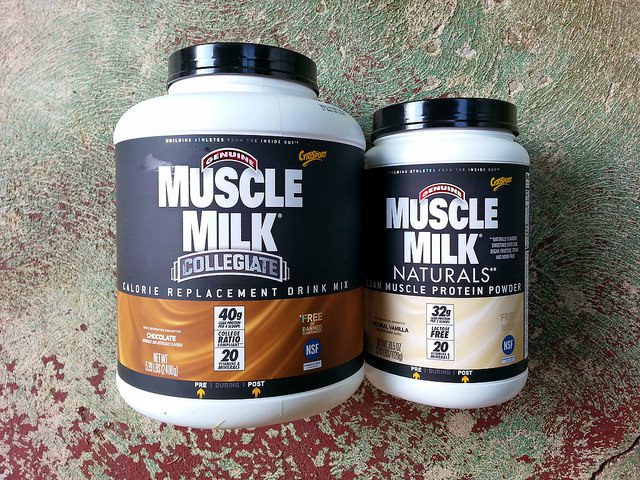 Muscle Milk is one of the most popular dietary supplements on the market. In the supplements industry, Muscle Milk and its parent company CytoSport has risen to the top with its affecting results for sports performance and its high-quality taste. Muscle Milk is engineered to act as a high-protein drink to help encourage muscle-building for athletes, Muscle Milk has gained great popularity with key endorsers across a range of sports and amongst a high number of athletic teams and universities, like the Golden State Warriors and The Ohio State University. In the NBA, players like Stephen Curry of the Warriors, former All-Star center Tyson Chandler of the Dallas Mavericks, and rising star Victor Oladipo of the Orlando Magic all front for the protein product, but the current spotlight is going to two specific products in the series – Muscle Milk Collegiate and Muscle Milk Naturals.

While they’re in the same family (obviously), both products function to serve different specific purposes. MM Collegiate is engineered to meet to the NCAA-regulated nutritional standards that all participating collegiate athletes are held to, so as to not give any one person an athletic advantage over another. In other words, it’s a more nutritionally-balanced product that emphasizes not only protein, but other vitamins and minerals as a base for being a “calorie replacement drink”, pre- and post-workout. MM Naturals is a health-conscious version of the standard Muscle Milk product that removes the synthesized sugars normally used in its formula and replaces them with more natural forms of sugar, like crystalline fructose and sucrose with stevia, monk fruit, and cane sugar as primary sources of sweetness. 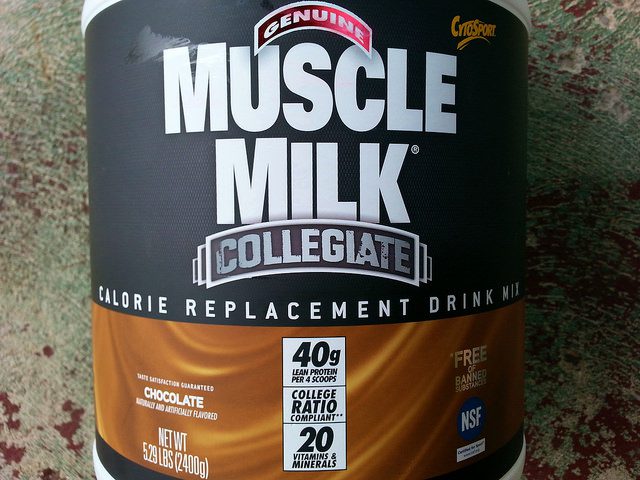 MM Collegiate aims to replenish carbohydrate levels so that young athletes have the requisite amount of energy to function in sports and recover from strenuous activity, with a line of 20g protein, 44g carbs, 3g fiber, and 290 calories per serving. Basically, translated to the hardwood, if you’re prepping for a game and you want to get something in you that isn’t too heavy and you need some sustenance, MM Collegiate would be appropriate; and maybe after your play, you know that you need to get some fluids in your system and replace some of the nutrients that went to work for you while your activity was high, it would also be appropriate.

MM Naturals functions similarly for athletes, but without the dietary restrictions that MM Collegiate adheres to. It’s a lower-calorie version of the standard Muscle Milk, but continues to emphasize a high protein level with 16g protein and 10g carbs at only 160 calories per serving. It, too, is appropriate before and after workouts, and can be used for any kind of training. 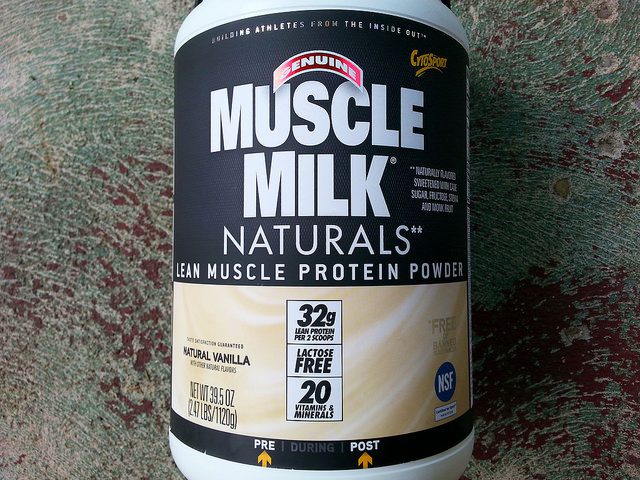 The great thing about MM Collegiate and MM Naturals is that both are free of banned substances and NSF-certified for safety. Also great, both Collegiate and Naturals mix well and can be augumented easily with milk, ice, peanut butter, olive oil, flaxseed, oats, or anything else to make your mixed shake more hearty or light as you might desire. Noted for its taste, both Collegiate and Naturals are fairly tasty beverages. Collegiate is a denser product, but its Chocolate flavor is true to taste; Naturals in Natural Vanilla best with milk and a bit thin, but can easily be enhanced with the aforementioned foods above.

Above all, if you’re looking to make the most of your performance with a shake that you rely on to sate you and build on your training, Muscle Milk Collegiate and Naturals are two very good products to look to use.

For more on Muscle Milk, go to cytosport.com.