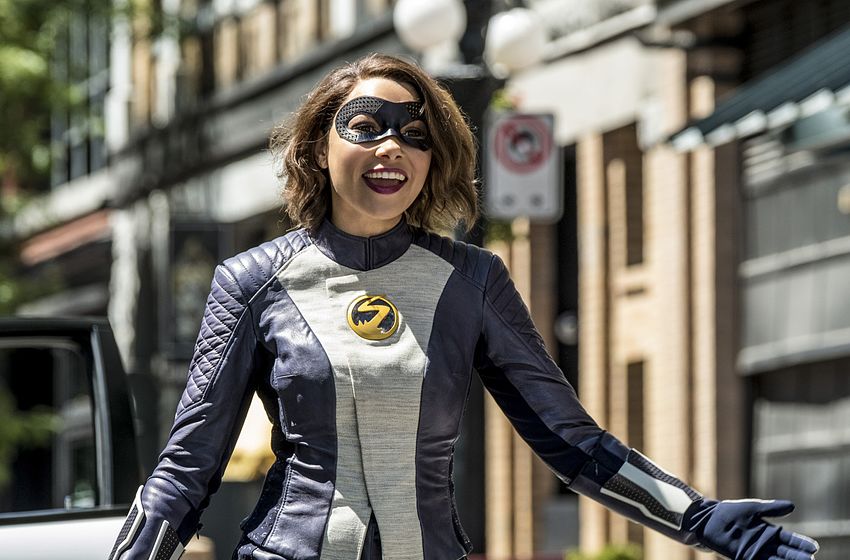 Every season of The Flash starts out strong. Then around the halfway point, the story gets messy and I get frustrated. But, much like Barry Allen deciding to make the most of his time with Nora West-Allen, I’m going to enjoy myself and not worry about the inevitable.

The premiere of The Flash season 5 was great. Jessica Parker Kennedy shines as Nora. Her connection with Barry is perfect. Iris West-Allen’s attempts to get to know her were touching. They also became hilarious when Iris transformed into a trying-too-hard uncool mom.

The addition of Nora worked so well because The Flash is best when it’s a family show. Each little moment of the West-Allens smiling at each other, joking around, supporting each other or talking about their feelings added up. The family is at the core of the show and this episode used that strength to great effect.

While it was a light episode, the emotions around Barry and Iris meeting Nora played well. In particular, Barry recognizing the signs of someone who grew up without one of their parents was a great turn that tugged on the heartstrings.

Nora proved that she’s truly Barry’s daughter by messing with time. She interfered in a fight with a meta called Gridlock. This resulted in a climax where Barry, Nora and Wally West had to work together to make a plane phase through a building. This huge moment was perfect for the third act of a superhero show.

The episode also worked because of how much fun it packed in. Cisco Ramon and Ralph Dibny fulfilled their roles as comic relief to the fullest. Drunk Cisco was a lot of fun. Ralph finding out about the existence of time travel and catching up on all its implications was a stand out of the episode. In particular, it was great hearing someone finally acknowledge that Eddie Thawne should’ve just gotten a vasectomy. Poor Eddie.