Trending
You are at:Home»Celebrities»Kyle MacLachlan and David Lynch Make for a Damn Fine Portrait
By Claire Mangan on September 17, 2014 Celebrities

This picture is full of win. Actor Kyle MacLachlan Tweeted this photo of himself alongside  good friend and director David Lynch while out celebrating the work of The David Lynch Foundation this week. 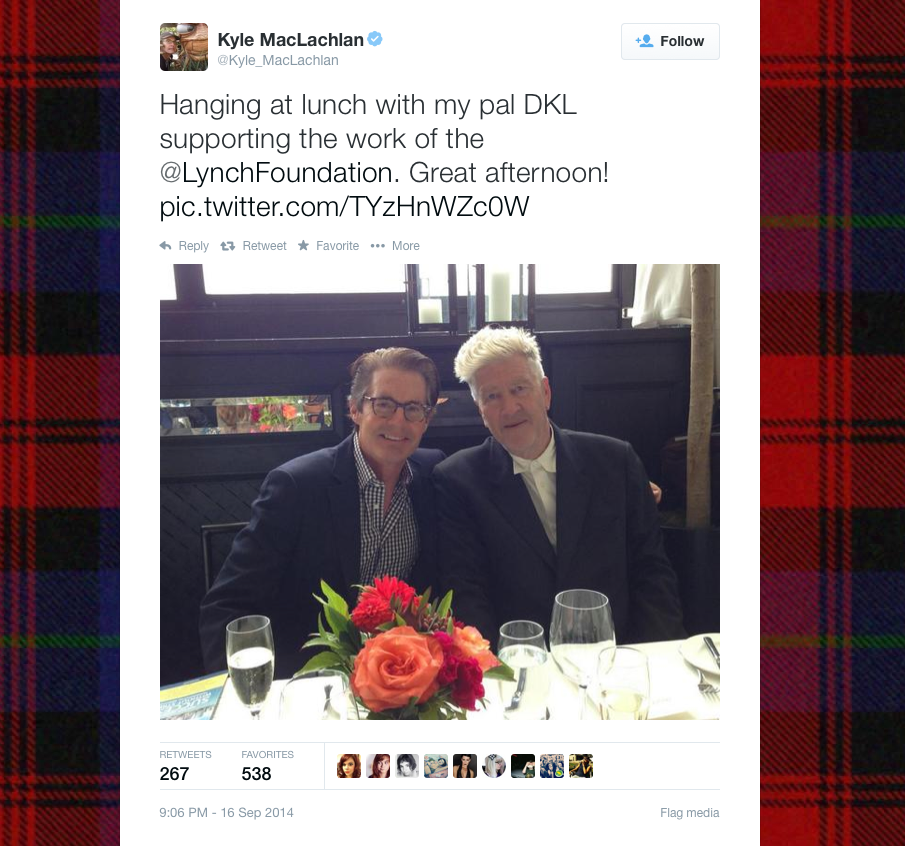 As stated on the website, The David Lynch Foundation, a nonprofit organization which teaches transcendental meditation techniques to at-risk populations, began in 2005 when

…we started the David Lynch Foundation for Consciousness-Based Education and World Peace to ensure that every child anywhere in the world who wanted to learn to meditate could do so. Now, the Foundation is actively teaching TM to adults and children in countries everywhere.

It’s nice to see that in addition to being longtime artistic collaborators (Dune, Twin Peaks, Blue Velvet) these men are also supporters of a common cause. Noble work, indeed. 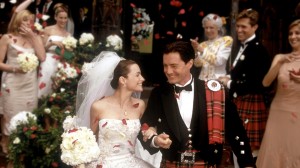 It’s also nice to see  MacLachlan’s Twitter wallpaper  proudly sporting Trey’s “MacDougal tartan” from his Sex and the City days (well, probably not. That’s most likely the MacLachlan tartan in the background.

It’s unclear whether or not there’s a damn fine cup of coffee hiding behind the flowers on Agent Cooper’s table.