Trending
You are at:Home»Uncategorized»Top 10 TV Shows of 2014
By Bryan Brandom on December 30, 2014 Uncategorized

With more channels, streamers, and service providers than Jerry Gergich has ripped pants, the machine that is television in 2014 hummed on cylinders it didn’t even know it had. Talented filmmakers and show runners have been able to find homes for their creative ideas, ones that tend to scare off the heads at CBS, ABC, NBC, and Fox. The results? All positive, at least for the viewer. Services like Netflix and Amazon have nothing to lose, and landing places such as Cinemax and Sundance are now eager to show what they can do. This scenario has led to some big swings, which has led to a fantastic upswing in television quality.

This gift from Comedy Central offers more than just laughs, a talented cast, and creative ways to hide your marijuana. Abbi and Ilana, best friends living in New York City, weave their way through metropolis adventures and struggle—then laugh-off—whatever hard times come their way. It’s 2 Broke Girls, if 2 Broke Girls didn’t want to make you gouge your eyes out with a half-used yule log and was written well.

In 2013, auteur extraordinaire Steven Soderbergh approached HBO with a pitch for a hospital drama set in 1900 New York City, revolving around a brilliant surgeon who was also brilliantly high on cocaine for all waking moments. HBO’s response? Something like “Are you crazy? It takes us two years to even decide whether or not we want to produce something.” Still intrigued, however, HBO passed the pitch on down to their sister service, Cinemax. Soderbergh filmed in just two months, like a movie, having the entire 10-episode script in advance so the team could go from location to location filming all the scenes in each at once, not going back and forth as the season crawls along while making script changes. The result is one of the most beautifully photographed shows in television history, with the realized vision giving the director/cameraman/editor the space and ability to lead viewers’ eyes in new directions, to tell a story on TV in a new way.

The only “Big 4” network show on the list, Parks and Rec is the most recent installment in a long line of underappreciated NBC comedies. It learned from two previous members of the new NBC comedy class, The Office and 30 Rock, not to wear out its welcome before the show’s star takes off. This applies not only to Amy Pohler but to Chris Pratt, who went from an immobile schlubby throwaway character to an intergalactic freaking superhero over the show’s lifetime. The team stuck the landing on its penultimate season, let’s see if it can do the same for Season 7, set in 2017. 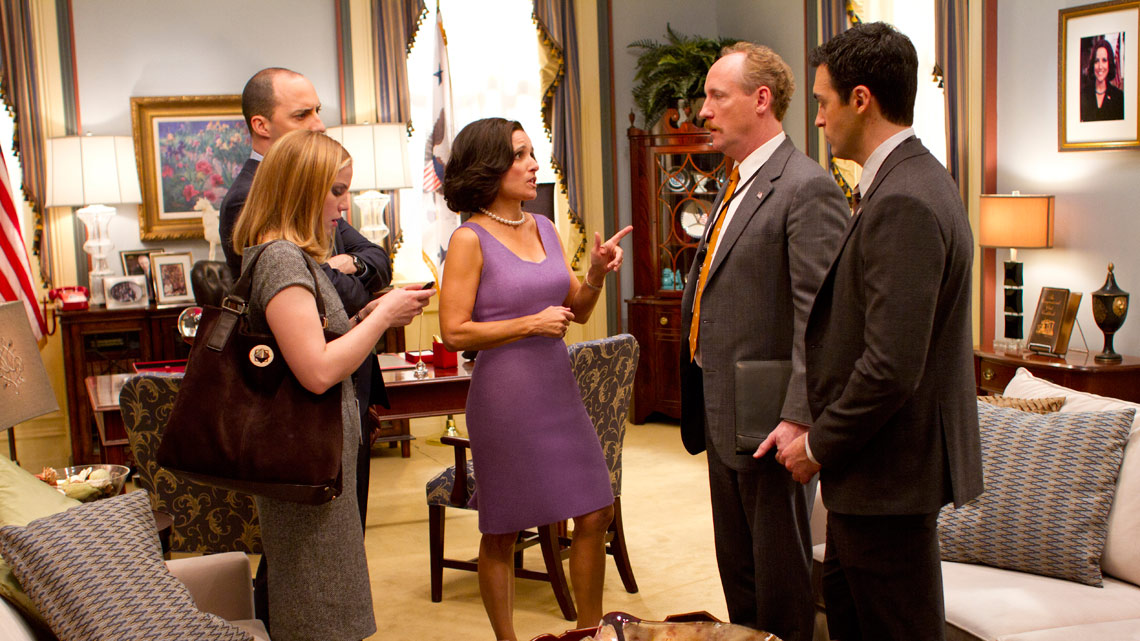 The third and final (pure) comedy on this list, Veep kept up the pace from its sterling, profanity-laced second season, only for an even joyously bigger dump to hit an industrial-sized fan for Vice President Selina Meyer and her team in 2014. The show owes its unique, quick beats to an unusual practice in television comedy: rehearsal. Not a lyric is left unturned before the camera goes on, at which point it can move freely around the flying insults and varying levels of frazzledness.

Writer Nic Pizzolatto and director Cary Fukunaga grabbed television by its fake ginger beard in 2014 with True Detective, a new anthology show as dark, hard-boiled, and brooding as the old magazine series it’s inspired by. Powered by a nimble timeline and strong performances from its two megastars Matthew McConaughey and Woody Harrelson, True D captivated audiences with a far-reaching whodunit that dragged on the lives and hearts of its main characters, and sent watchers like this one down Reddit rabbit holes looking for answers. Season 1 would have landed higher on the list had it managed to stick its landing, instead resigning its fans to the fact that the evil was just a boogeyman hiding in a cave all along, and having its lead detectives discover said boogeyman by re-examining evidence that its viewers (eager too to solve the mystery) had no prior knowledge of. Whoops.

When pitching this show to prospective viewers, I try to bury the lead—that it’s half-based in the Middle East—if only because that kind of conflict is a bridge too far for audiences looking for distraction from that sort of thing. But it’s not a show about the Middle East. It’s a show about secrets. The secrets characters keep from one another, and the secrets that show runner Hugo Blick keeps from his audience.

Israeli-Englishwoman Nessa Stein inherits her father’s arms business, which in turn sets off a series of incidents that could cost her much more than her life. Her secrets, and others’, are coming back to haunt her and her family. It’s a spy show wrapped in a detective mystery drizzled with tahini sauce, and served with a side of revenge.

Rectify is a different and stunning show, managing somehow to build trucks of momentum while burning slow as a 10-foot candle. Part of that has to do with the show’s brilliant casting, and the rest has to do with show runner Ray McKinnon’s allegiance to weird on-screen discovery. In its second season, questions regarding the 20-year-old mystery of the murder of Hanna Dean and subsequent incarceration of Daniel Holden (whose release from a vacated sentence kicks off the show’s Season 1 premier) are answered, but, in turn, more questions regarding the murder both directly and tangentially are asked. Opinions about characters turn and turn, while Holden continues to grasp for some semblance of a life. 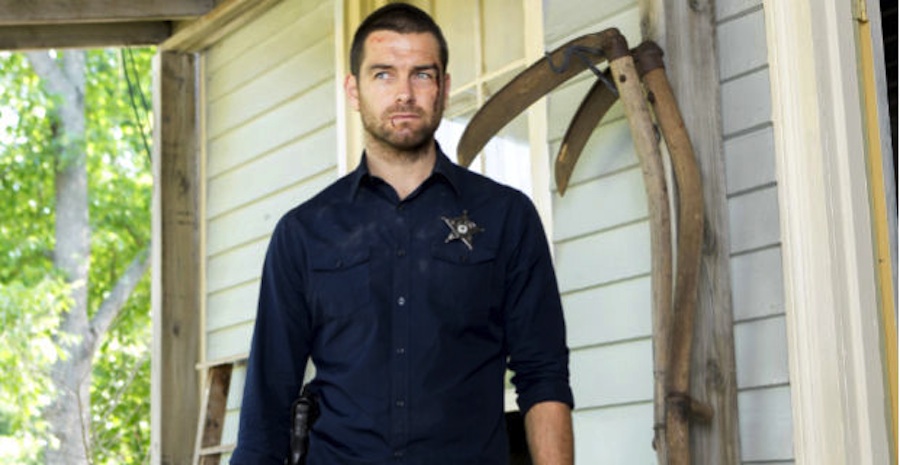 What’s fun about Banshee is that it manages to be so fun just by dropping the pretense, knowing what it is, and kicking pulp ass, while still being smartly and graphically written. It sheds subtlety for New York City buses sliding on its back 100 feet down the street and monstrous Native American cage fighters.

In its second season, our con-posing-as-the-sheriff-of-a-corrupt-small-town lead has to save the happily married love of his life and daughter from said love’s dad, while battling—and sometimes teaming up with—an Amish-raised crime lord, all while fending off explosive relations with a Native American gang, with hints of Eastern European hit men and transsexual computer hackers sprinkled in. So … yeah.

Another exciting installment to the anthology series renaissance, Fargo battled the glory of the film with the same name to become a critical and award-winning darling. Show runner Noah Hawley crafted a darkly comical original plot that played several notes found in the original, while only tangentially crossing the storylines of the two. The quality of the casting in the show’s first season is topped only by the actors’ performances. Billy Bob Thornton is hilariously chilling as violent drifter Lorne Malvo, and Allison Tolman takes a star-making turn as the Marge Gunderson-inspired Molly Solverson.

Despite what Petyr Baelish may tell you, it’s hard to knock off the king. Even for something of a lesser GoT season, HBO’s epic managed to outclass its competitors in almost every category, especially in source material and acting. Ben Wyatt of No. 8 on this list said it pretty well: “It’s a crossover hit! It’s not just for fantasy enthusiasts. They’re telling human stories in a fantasy world!”

Bryan Brandom is a writer and editor living in Brooklyn, New York. Formerly a contributing editor at Bleacher Report, Bryan is currently an editorial assistant for Reader's Digest. His writing has also appeared on SI.com, CBSSports.com, TalkThrones.com, DailyMate.com, and The Daily Pygmy.