Trending
You are at:Home»Music»‘At.Long.Last.A$AP’ Album Review
By Terra Kohut on May 29, 2015 Music, Music Reviews 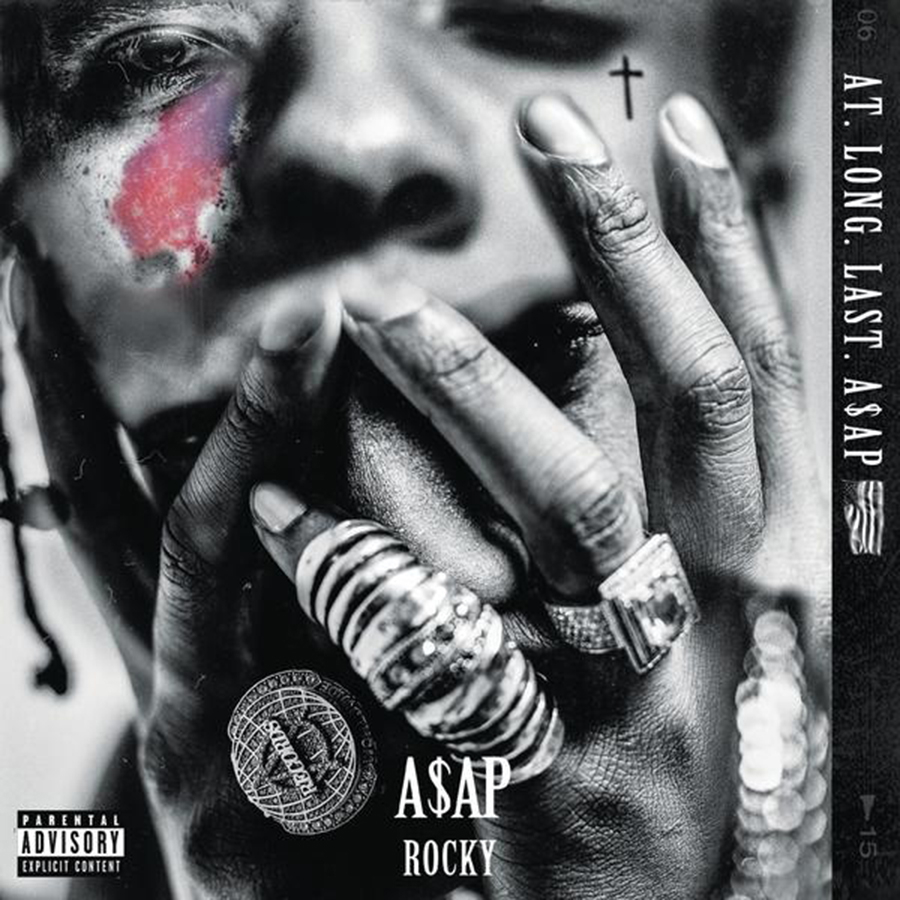 At long last, A$AP Rocky and the A$AP Mob crew grace our planetary space with A.L.L.A. (At.Long.Last.A$AP) – a psychedelic banger filled with rich complexity and depth. There are multiple levels to this creation of lyrics and beats. It’s innovative and overflows with dynamic color. The album reads like a perfectly-fashioned Tarantino screenplay: unexpected, beautifully trippy, sexual, and raw.

One can feel A$AP’s story being told with the passing of each bar and yet, at the very same time, there is a beautiful opportunity for the listener to feel and create a story of their own.

The album in itself is a giant melting pot, spilling over with vast and various talents. The tracks are decorated with mainstream royalty like Kanye West, Future, Lil Wayne and Schoolboy Q, yet also feature refreshing new sounds courtesy of some unfamiliar artists like the enigmatic Joe Fox. The album isn’t like anything specific – a myriad of musical styles and accents combine together with the work of new musicians and household names. Amidst the interwoven sounds of multiple genres, you can feel a classic hip-hop vibe that reminds one of The Blueprint, ATLiens, even whispers of Aquemini. And while comparing the record to other classics may help to tell a portion of the story, the project is truly its own entity.

The introduction is brilliant, one of the most important aspects of the album. It sets the listener up with the tools they need for the journey they’re about to take. The first key thing is the emergence of Joe Fox, a very earthy protégé of A$AP Rocky. His energy and voice can be felt all over “Holy Ghost”; the entire record for that matter. Taking it even further, A.L.L.A., actually feels to be a coming out party of sorts for the mysterious musician from across the pond. Track 1’s vocals are credited to A$AP and Fox, the only two singing on the record with no added effect. This is uniquely metaphoric as it represents their relationship and how it translates into this project specifically – their combined auras make for a harmoniously natural, unedited groove that shines bright. “Holy Ghost” itself is very spiritual and the blues/gospel tones complement the political yet very personal content A$AP delivers to his audience.

Danger Mouse serves as one of the production kings on A.L.L.A. and his eclectic signature can be found on “Holy Ghost,” “Pharsyde,” “Electric Body,” and “Westside Highway.” All of his tracks boast this gritty, western, space age type of sound that’s surreal and comfortably soothing at the same time. “Pharsyde” emits as a lost lullaby featuring an ethereal guitar presence that creates a dreamy, desolate wasteland for the brain to wander. Danger Mouse’s main body of work concludes beautifully with “Westside Highway.” A$AP collaborates with James Fauntleroy, the authority in R&B/pop music, to deliver a wavy love song potent with the passion of summer. An incredibly sexual flow highlighted by Christina Milian and Flaunteroy’s vocals, “Westside Highway” may be one of the most celebrated tracks when all is said and done. Danger Mouse co-produced this song, but his signature sound is felt like a warm blanket on a cold night and the result is pure pleasure. It’s a song that makes you want to take your clothes off and show someone how delicious things can be when beauty is bared.

Hector Delgado, A$AP Rocky’s main DJ and production aficionado, blesses the album on multiple tracks including “Canal St.” featuring Bones, “L$D” a co-produced track with Jim Jonsin, “Excuse Me” and “Electric Body.” And that’s not to mention his presence as an arranger, mixer, and collaborator of some sort on almost every other respective track. Track 2 on the album, “Canal St.,” introduces Delgado’s polished melodic style. Every piece that he touches has a tranquil vibe where the notes themselves gently massage the ears. “L$D,” “Excuse Me,” and “Electric Body” are no different. It’s difficult to not completely immerse yourself in a rhythmic trance when listening to a Hector Delgado track.

The album also features notable music producers Clams Casino, Mike Dean, Mark Ronson, Emile and Kanye West, to name a few. No big deal, right? Everyone wanted to be a part of this project, especially in regard to production. Hell, A$AP straight killed it himself in that department, just ask the ever-present Lord Pretty Flacko Joyde. You can feel him all over the record.

Some of the most impressive features include M.I.A. and Future on “Fine Whine.” M.I.A. always brings a powerful feminist presence to the music and Future’s voice is like butter on the track, per usual. Lil Wayne’s guest spot on “M’$” feels like the Weezy of old – quick witted, highly raw, and simply rapping about everything he’s got in regard to the love-drug-money game. The collaboration is successful in giving life to an artist that’s lost his prominence in the minds and ears of the hip hop community due to legal issues and such. Thank you, A$AP for giving us some much needed Wayne. Respect. Schoolboy Q just effortlessly graces “Electric Body,” an almost Django-esque sounding flow, with an unprocessed vibe that makes you want to bounce. Its southern sexuality is wild and exciting. No doubt this song will be blaring in the club, house parties, and all celebrations for many moons to come. UGK and Juicy J bring that classic southern soul to “Wavybone.” Reminiscent of that trill OG vibe, it’s bouncy, funky, and fresh. Juicy J kills it on production and seems to meld quite nicely when collaborating with Lord Flacko. Then again, it kind of feels like everyone melds quite nicely when getting together with A$AP Rocky. There really is something about what A$AP does and how he does it.

It’s crazy how this album is so present and its own essence, yet translates as a legendarily classic. The record will satisfy any listeners rap lust by providing major elements of traditional hip-hop, which is also reworked to fit Flacko’s own movement. Deep southern groove sugar mixed in with chopped and screwed A$AP overdubs serve as icing on a tasty cake. Not to mention the listener has the pleasure of hearing from some of hip-hop’s most iconic veterans in Mos Def, Juicy J and UGK. It’s all so fulfilling; the lyrics, the production, the vocals, the writing.

“I just had an epic dream like Dr.King” – “Dreams (Interlude)”

A$AP Rocky reveals to his audience a deeper sense of self on A.L.L.A. Angst, love, loss, awakening, and hope can all be felt while soaking up the tracks’ stories. It can be an album that helps in dealing with emotional pain or it can simply be a record that makes one feel good, loose, and gritty, all depending on how the listener wants to engage with the project. The death of A$AP Yams, the emergence of Joe Fox – loss and rebirth – it’s all there. Sprinkle the soulful narrative with the essence of a sexual renaissance and a chromatic, mind-altering rabbit hole trip and you have A.L.L.A. – Cheers, Pretty Flacko. This album is a celebration. Much gratitude to all those involved for the gift of A.L.L.A. At long last.