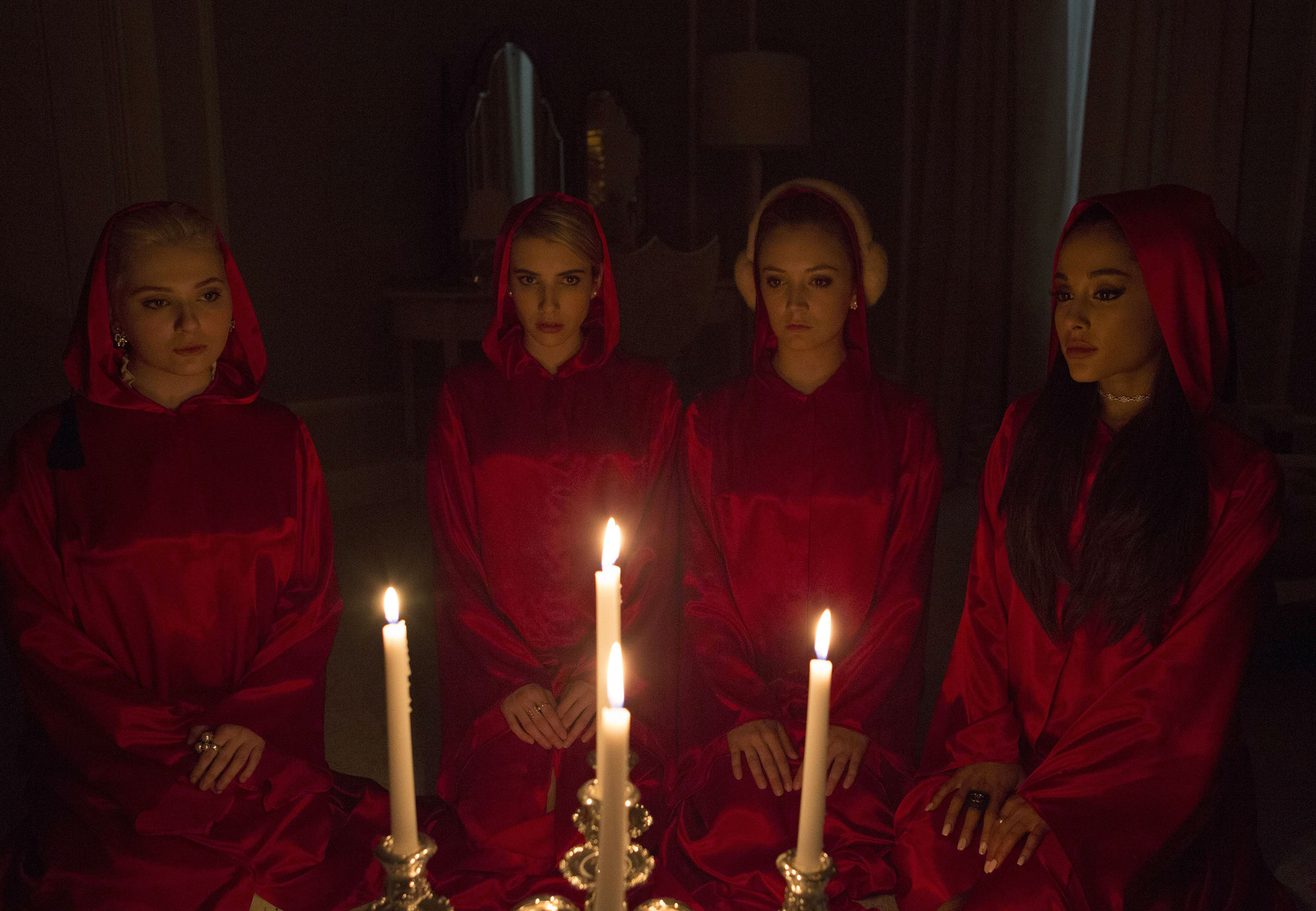 Scream Queens premiered Tuesday night with a special two-hour episode that was definitely worth the hype.

The episode kicks off with a party at the Kappa Kappa Tau sorority house of 1995. All the sisters are busy raging, except one, who has – in the style of I Didn’t Know I Was Pregnant – given birth to a baby in the bathroom upstairs. The president is called up to help, and her immediate reaction is: “holy crap, who told you you could have a baby here tonight?”

And with that one line you know exactly what to expect out of Scream Queens. It’s gruesome and a little demented, but somehow the writers keep you laughing even through the gore.

The original Chanel is getting ready for rush week when she’s told that this year she’ll have to accept anyone who wants to pledge. That’s right, even the ugly girls.

This doesn’t sit well with Chanel, so she comes up with a plan to scare off the undesirable pledges. She decides to stage a fight with her maid, Ms. Bean, and plunge her face into the deep fryer, which will of course be turned off for the charade. Everything goes to plan right up until Chanel realizes that the fryer is actually turned on. But by then it’s too late; Ms. Bean’s face gets melted off and she meets her death.

As the girls deal with the aftermath of Ms. Bean being killed, and later the disappearance of her body, a mysterious someone in a red devil costume stalks them. It turns out that the devil is out for Kappa blood, trying to knock them off one by one.

The best scene comes near the end of the first hour, when (spoiler) the red devil kills Chanel Number Two, Ariana Grande’s character. Now, I’m not going to lie, I never liked Ariana Grande, and ever since donutgate my dislike of her has only increased. But while I was rooting for her to be killed off early on, that’s not what makes the scene so great.

A show with dialogue as ridiculous as Scream Queens is going to have to poke fun at itself and its culture from time to time. This scene proves that the writers are more than willing to do that.

Number Two is packing up to leave the sorority house when the devil comes knocking, or rather, texting. The devil and Number Two proceed to have a text conversation, even as he tries to kill her. In fact, when he tells her that he’s going to kill her Number Two’s reaction is a text that says, “wait whaaaat??!” And after he stabs her she texts, “stop, please stop!”

Ultimately, the devil does manage to kill her for good, but not until she comes back to life for a split second to send a tweet. Also, it’s worth a mention that the devil’s text tone is a devil laugh. Because, of course.

There are so many other hilarious moments, but with a cast that’s full of multiple big names, that’s to be expected. Seriously, it’s hard to pick just one person who killed it because basically everyone did. No pun intended.

Keke Palmer, who I was unsure about due to her past on Nickelodeon, and Skyler Samuels, who despite a decent amount of work is rather unknown, were both pleasantly surprising. Lea Michele displays her character acting abilities by embodying a neck-braced weirdo obsessed with death and the Kappas. Nick Jonas doesn’t get too much screen time, but really steps out of his comfort zone by playing a gay character who is in love with his fraternity brother.

As is to be expected as the stars of the show, Emma Roberts and Jamie Lee Curtis were given all the best lines. Curtis plays Dean Munsch, a creepy, pervy, and possibly murderous feminist who hates sororities and therefore Chanel and the Kappas. Like in every role she plays Curtis is a goddess.

Meanwhile, Roberts, who already proved her ability to play evil in American Horror Story reminds us how much she shines in the role of head bitch. She’s so good that, despite her shrieking and the fact that her character is quite possibly a psychopath, you actually kind of like her and want to be her best friend. But maybe that’s just me.

I expect only more good writing from Scream Queens and bad behavior from the Kappas in the coming season.