Trending
You are at:Home»Television»Review: ‘Once Upon a Time” Season 5 Premiere
By Jeanie Weber on September 28, 2015 Television, Television Reviews 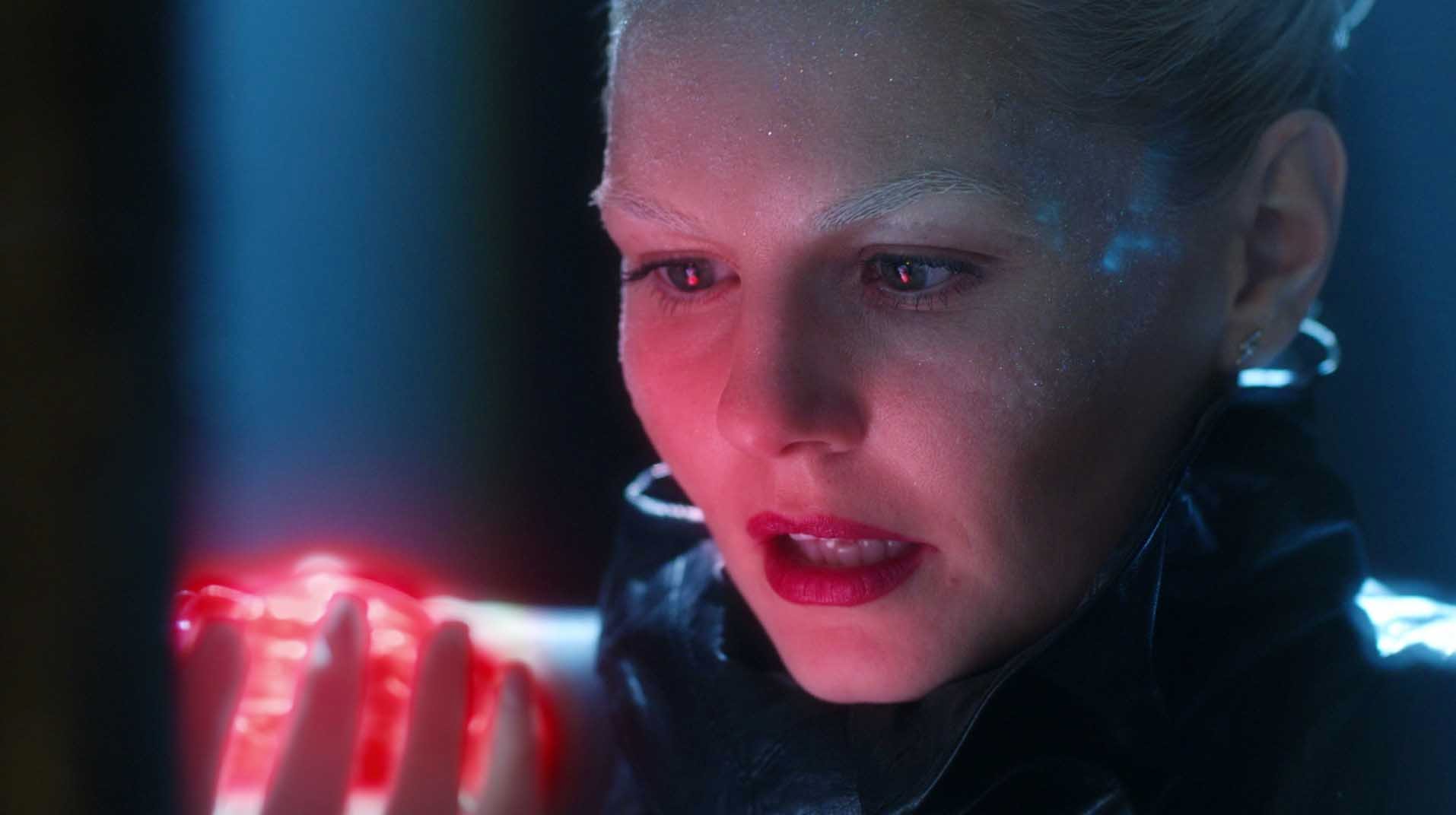 Once Upon a Time returned for its fifth season this Sunday night. The premiere episode explores new territory and old as the gang travels to Camelot before proceeding to get their memory wiped for the umpteenth time.

The episode starts off with a flashback to young Emma at the movies, watching what other than The Sword and the Stone. A mysterious man catches her stealing a candy bar but instead of scolding her he tells her she is not to take Excalibur out of the stone. Because Emma didn’t already have enough weird shit happen to her as a kid.

Right after the quick flashback Once Upon a Time picks up where it left off last season, after Emma becomes the new Dark One. She’s been transported back to the enchanted forest to an imaginary Rumple, who is there to help her embrace her darkness.

Emma being Emma, however, refuses to accept her role as the Dark One and instead sets of to find Merlin – the sorcerer of the sorcerer’s apprentice, and the only person who can rid her of the darkness.

Meanwhile the rest of the gang tries to find a way to get to Emma. Hook thinks he’s got it all figured out and seeks the assistance of Zelena, who claims pregnancy has changed her (yeah, right). But, as is to be expected from the Wicked Witch, she has her own agenda.

Luckily, Regina is smarter than everyone, per usual, and tricks Zelena into creating a portal to transport the gang to Emma. Even Emma’s little brother gets to go, which makes me wonder if it’s really the best idea to take a newborn through a magical portal in the form of a twister. Couldn’t they have gotten a babysitter?

The gang gets to Emma just in the nick of time and are able to stop her from giving into the darkness by force choking someone. Good thing, too, because it turns out that Emma didn’t even need to use dark magic to find Camelot; they were already out looking for her.

Already the season has a lot to explore, especially with the addition of Merida, who Emma runs into as she searches for a way to get to Camelot. Turns out Merida got herself into a wee bit of trouble following the end of Brave and is seeking the help of the wisps again, this time to help find her kidnapped brothers.

I’m sure that, like in previous seasons, much of this season will see our favorite characters trying to recover their memories of their time in Camelot, all while battling the new villain, the Dark Swan.

I’m particularly interested to see how Regina handles her new role as the savior now that she and Emma have swapped places. If anything she’ll be the world’s sassiest hero with lines such as “maybe you like having a hook, maybe you’d like another.”

Whatever it is that has you excited for the new season (the enchanted rose finally making an appearance, perhaps) don’t forget to tune in next Sunday for more sparkly Emma and hilarious insults like calling Hook “guyliner.”