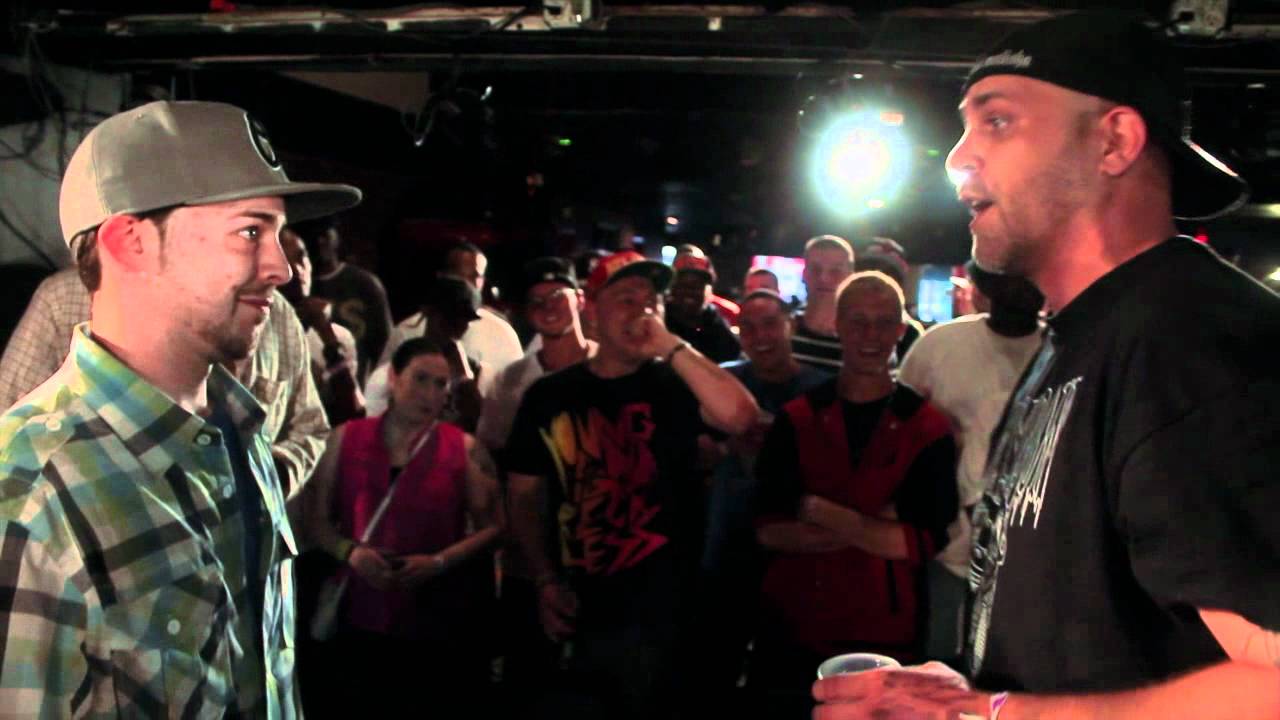 Image courtesy of the “GrindTimeNow.net: Dirt vs. Richard Cranium” video posted on YouTube. Dirt pictured on the right side of the screen.

My rap battles series comes to an end with today’s newest piece — a Grind Time battle between Dirt and Godzilla. It’s been a pleasure to have the opportunity to complete this series. Thank you to those who have been giving my work a follow. Without straying further from the inevitable, let’s examine two grown men insulting each other with loud words.

Dirt has done a disappearing act in the rap battles scene over the last year or two. But for a considerable stretch back in the quality Grind Time days, he was a killer. Brutally vivid in the same vein as Bender, multi conscious with his rhyme schemes similar to Dizaster, Dirt possesses a commanding style. He jams countless bars into his rap battles rounds, one punch hitting after the other. Relentless would be a fair way to describe the New York battler.

Godzilla isn’t exactly someone I follow. Awkward and overly scripted in his delivery of lines, Godzilla doesn’t come across as authentic. His somewhat infamous line from this battle occurs right after Syd Vicious tells him to kick it off. “The crack, the dope, the ice” gets the crowd rolling in laughter. The random, serious attempt by Godzilla comes across as ludicrous. But he responds and actually puts out bars that are creatively constructed. From a content perspective, Godzilla is stronger here than in his other rap battles appearances.

But Dirt shines. I originally said most my rap battles pieces would include close matchups. This is likely the most one sided of my series, however, it’s not as if Godzilla choked for minutes or had to rely on lame freestyles instead of rehearsed schemes. He put up a fight, only to be knocked out by his aggressive opponent.

Again, I appreciate the battle fans out there who read my entire series. If you didn’t go back to my author page and peep all the content. If you’re looking for your next battle fix, consider buying the PPV to KOTD’s upcoming October 24 event: Back to BAYsics 3.