Trending
You are at:Home»Movies»Movie Trailers»WATCH: ‘Pride and Prejudice and Zombies’ Trailer
By Jeanie Weber on October 13, 2015 Movie Trailers, Movies 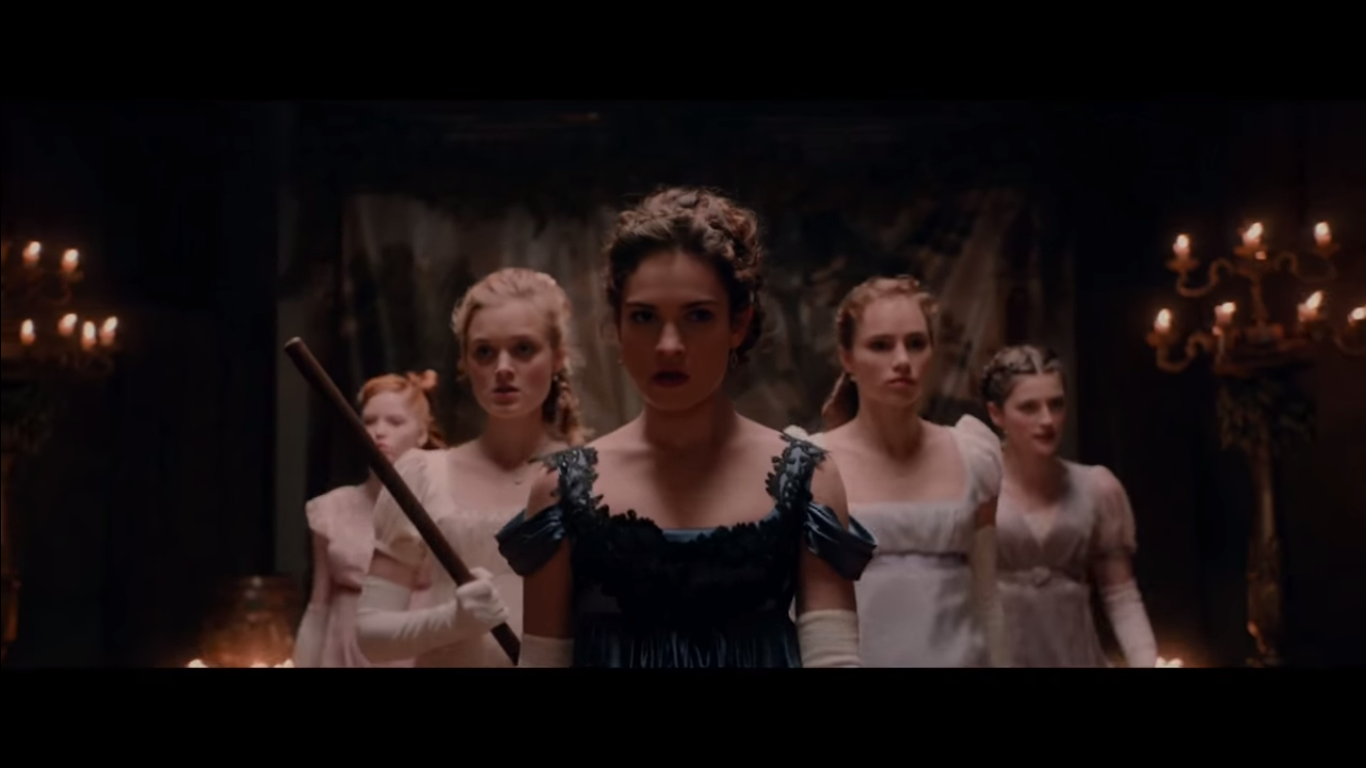 As is custom, every ten to twenty years Pride and Prejudice is remade. The last remake – discounting The Lizzie Bennet Diaries, which is amazing and probably shouldn’t be discounted – came out in 2005. It only seems right that a trailer for the new Pride and Prejudice movie dropped this past Friday. However, what sets this movie apart from the rest is that it’s actually called Pride and Prejudice and Zombies.

The film is based off of a novel that came out in 2009 just before the zombie trend reached its peak with The Walking Dead. While I haven’t read the entire book yet, though I definitely intend to soon, I have had a chance to read a good chunk of it.

For anyone who’s read Pride and Prejudice, it seems like a quick read, seeing as it’s primarily the same exact text, just slightly condensed and plugged with descriptions of zombies. Already it seems like it will be funny, especially in the way that it juxtaposes the traditions of nineteenth century England with the dangers of living in a zombie apocalypse.

From what we can see in the trailer, the plot looks like it will transfer even better to film, because what’s more fun than reading about killing zombies? Watching it happen.

Not to mention, there are some big names attached to the project. Lily James (Cinderella) will be playing Elizabeth Bennet while Matt Smith (Doctor Who) will play her insufferable cousin, Mr. Collins. Lena Headey and Charles Dance also have a Game of Thrones reunion, the latter in the role of Mr. Bennet, while the former has yet to be attached to a role.

Lesser known but still respectable names have joined the beautiful cast, which begs the question – did the casting director miss the part about Charlotte Lucas being described as plain? I’m sure I’ll be able to look past this, though, once all the girls start kicking major zombie ass all while stealing the hearts of the most eligible men in Longborn.

Needless to say, as a giant fan of both Jane Austen and The Walking Dead, I’m already marking my calendar for February 5, 2016. Until then I’ll have to satisfy myself by finishing the book and scouring the Internet for any new information on the film.