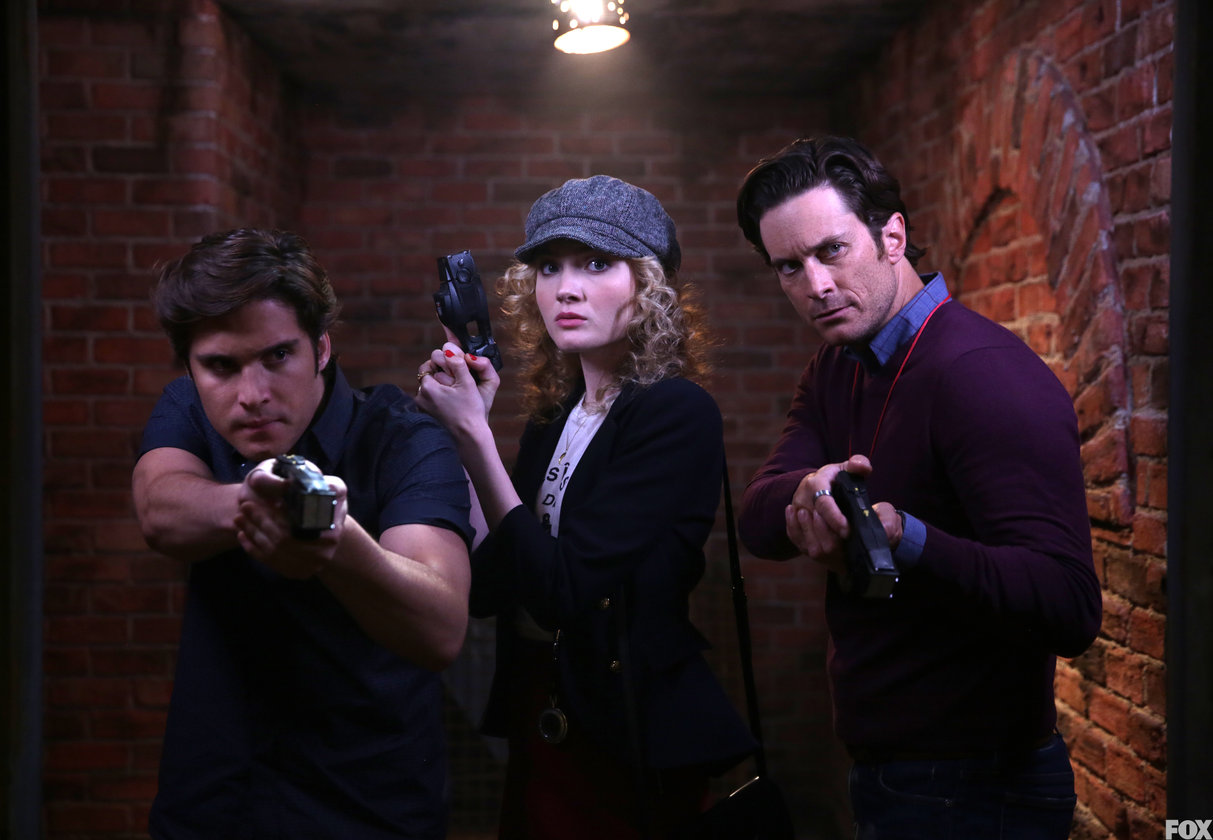 Grace was able to track Zayday’s phone to the basement of a local house.

Due to my boyfriend being a big Red Wings fan, I was unable to watch Scream Queens live this week. Thankfully, the Democratic Debate was also last night, taking up most of my Twitter feed, so I was able to avoid having the episode ruined. Unfortunately, when I finally sat down to watch Tuesday’s episode of Scream Queens, I found myself underwhelmed.

That’s not to say that there weren’t plenty of great Chanel Number One Scream Queens moments – how does Emma Roberts not lose her voice with all the shrieking that she does? The main reason for my dislike was due to how quickly everything seemed to happen this episode.

Maybe I’m just used to Pretty Little Liars, where it takes years to get a straight answer, and even then it’s not exactly a good one. Nevertheless, this week’s episode seemed rushed, which gave Scream Queens a forced feel.

There were three major events that contributed to this feeling, the first being Chanel Number One’s arrest. Hester, a self-anointed “switch-hitter,” or rather, double agent, continues her secret mutiny against Number One by reporting Chanel as Ms. Bean’s murderer to the police. Chanel is promptly arrested and thrown in jail, where she makes some Orange Is the New Black-esque friends. Only to be bailed out after roughly five minutes.

I loved seeing how quickly Chanel gathered a new set of minions while incarcerated, and was disappointed that Scream Queens didn’t explore that a little deeper. I can only imagine the hilarious insults Chanel would have used to target the guards while in the slammer.

The next moment that left me reeling was technically a continuance of Zayday’s kidnap from last episode. Though the story did span two episodes, it still felt as if it was resolved rather quickly. Grace, Pete, Gigi, Denise, and Grace’s dad (who is named Wes if you’re like me and missed that bit of information) set out to find Zayday by using her phone’s GPS tracker. Within a matter of minutes they find the Red Devil’s lair, and the pit where he’d been keeping Zayday, but discover her missing.

It isn’t long until she’s found, however, because in the next scene Zayday bursts into Chanel’s attempt to rig the vote for presidency – “you drop a white marble in the box for me, and a black one for Zayday.” Apparently the reason Zayday was kidnapped and not murdered in Scream Queens was because the Red Devil had a taste for the “chocolate swirl.” It was also for that reason that Zayday managed to escape the lair, which is either wildly suspicious of her, or just mildly trite of the writers.

Finally, in the last scene of the episode we discover that Gigi is working with the Red Devil. It was just the previous Scream Queens episode that we found out that she also happens to be the Hag of Shady Lane. That seemed like a possible red herring meant to keep us looking the other way, but it became easy to suspect her this episode when she faced the Red Devil only to have him escape. Except I was only allowed to be suspicious for exactly five minutes and thirty-eight seconds until I had my misgivings confirmed by her conversation with the Red Devil.

I wish that they had given us time to register all the information so that we could at least feel like we were solving the mystery ourselves. Instead, we got all the Scream Queens answers laid out for us, which, though it isn’t necessarily a bad thing, it takes the fun out of trying to guess who the bad guy is. It also makes me worry that, at the speed that they’re progressing, we’re going to find out who the Red Devil is by the end of the season. And how will the show go on for the many seasons I desire if that does end up happening?

The writers likely have it all figured out and I have nothing to worry about, but I do hope that next week’s episode provides time to formulate my theories. I really like feeling like I’m smarter than everyone else and I was hoping that Scream Queens would feed into that part of my ego.