Trending
You are at:Home»Television»Review: ‘Once Upon a Time’ S5 E5
By Jeanie Weber on October 26, 2015 Television, Television Reviews 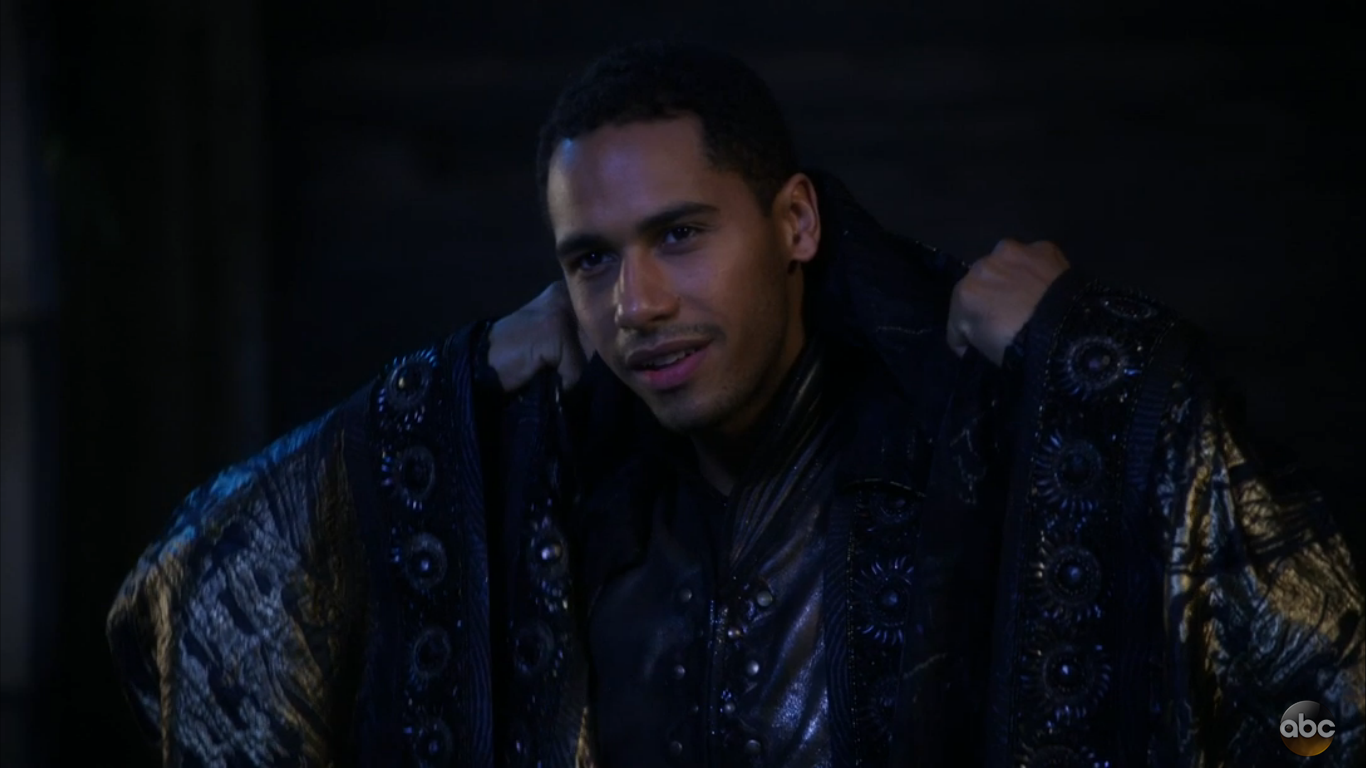 Emma’s role as the Dark Swan in Once Upon a Time has been interesting if a little formulaic up until now. Luckily during last night’s episode we were able to see a different side to the Dark Swan that finally made this storyline as compelling as all the previews made it seem.

This Once Upon a Time episode focused largely on Emma and the reasons behind her actions. It was interesting to see the contrast of Emma in Camelot and Emma in Storybrook, which has been highlighted all season by her costumes. In Camelot, as Emma struggles with her new role as the Dark One, she wears all white. However, in Storybrook, after she embraces her darkness, Emma’s only been seen in all black – except for that one time she tried to seduce Hook.

It’s interesting, because up until now Once Upon a Time has been trying to get us to see Emma as black and white, as two different ends of the spectrum. But as we all know from Rumpelstiltskin’s time as the Dark One, things are often more complicated than they seem. In fact, Rumple astutely brought this to Emma’s attention this Once Upon a Time episode when he explained that he often justified his actions as the Dark One as well intentioned. Unfortunately for Emma, he also said, “the more you justify what you’re doing the more you push them away.”

I, for one, am starting to get a little confused by Emma. Sure, last episode Emma was able to calm a horse despite her darkness and this episode she couldn’t even get close to Violet’s horse. But it seems to me that Emma might actually be well intentioned, at least more so than Rumpelstiltskin ever was.

Up until now we thought that Emma wanted Excalibur to eradicate all light magic; Hook voices that exact thought this episode. But what if she actually wants the eradication of all dark magic? It’s a stretch, but it would be in line with Emma’s assertion that everything she’s doing is for the common good.

After all, in Camelot the only time we Emma her use dark magic was for more selfless reasons, like to save Robin and free Merlin from the tree. And though Emma probably did set Violet’s horse loose just to get back in Henry’s good graces and make up for the whole breaking his heart in Camelot thing, she also seemed genuinely interested in proving that she’s the same Once Upon a Time mom she used to be.

This also brings up the question whether Emma stole everyone’s memories for a good reason. Speaking of which, this week’s reveal that all of the memories are being kept in Emma’s collection of dream catchers definitely redeemed the writer’s use of the lost memories storyline for the zillionth time.

Finally, I’d like to talk about how great a job Once Upon a Time has been doing lately with casting a variety of diverse actors. Recently there’s been a large movement behind including more people of color in film and television, and Once Upon a Time has done an excellent job of that lately. This season alone we have Guinevere, Lancelot, and now Merlin, all of whom are all played by people of color.

Side note, did anybody catch that Merlin was also the usher from the movie theater who warned baby Emma about Excalibur? Because I was too distracted by his hotness to notice. Yeah, you can say I’m excited that now that he’s out of the tree we can assume we’ll be seeing more of his beautiful face.