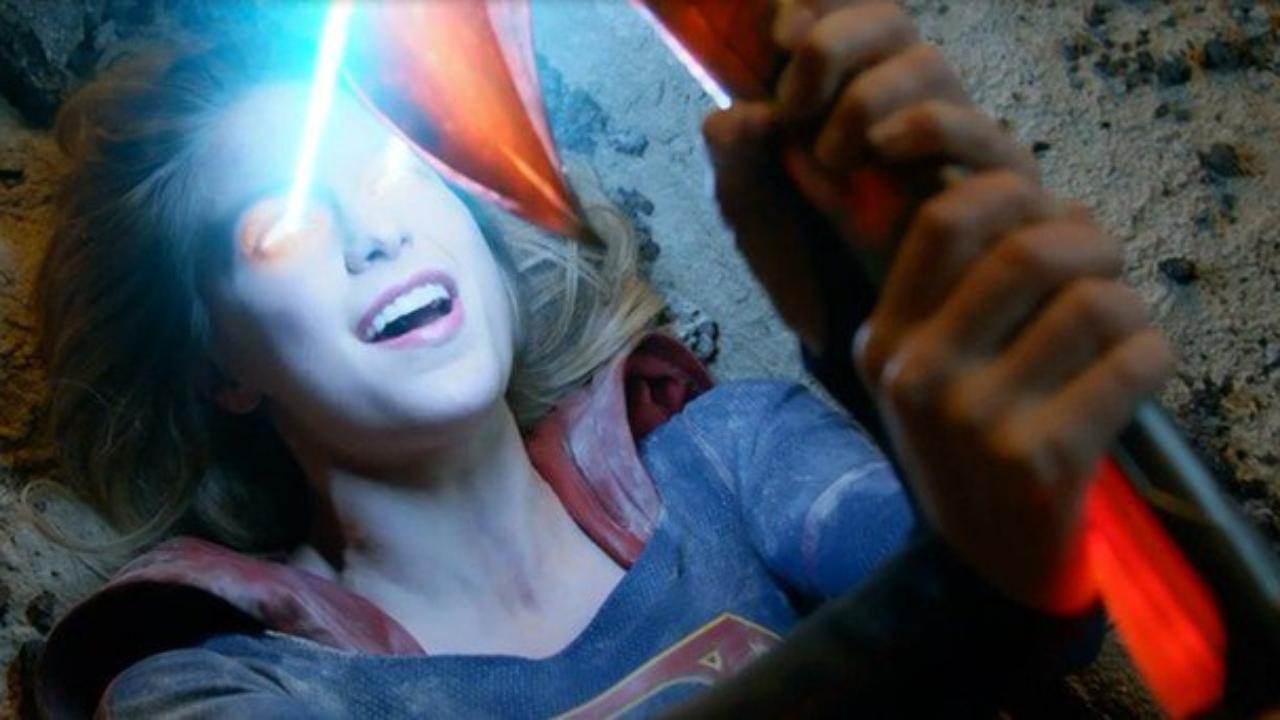 “Can you believe it? A female hero! Nice for my daughter to have someone like that to look up to.” The pilot episode of Supergirl took it upon itself last night to address all the different opinions people have about female superheroes, and that quote by a random character was just one example.

One of the more talked about moments from the pilot was Kara’s anger at being named Supergirl rather than Superwoman. My own favorite moment was when the writers poked fun at the absurdity of some of the skimpier female superhero costumes.

But perhaps the best moment, and what I believe laid down the premise for later episodes, was when Agent Henshaw questioned whether Supergirl was strong enough to take on this week’s baddie, Vartox. Kara’s human sister quickly shut down the sexist thought by saying, “Why? Because she’s just a girl? That’s exactly what we were counting on.”

I’m sure we’ll see more instances in which Supergirl exploits the whole having boobs thing by pretending to be weaker than she actually is. But what I’m most excited for is to see how she grows to prove the opposite of this, because in the comics Supergirl is actually faster and stronger than Superman.

Another thing that’s got people talking is that, though Supergirl is a super badass, her secret identity, Kara Danvers, is just a normal awkward girl (who happens to have superpowers). She gives hope to dorky girls everywhere, because though Kara has trouble forming coherent sentences around hunky men, Supergirl has no trouble intimidating the only slightly less hunky bad guys. So far, Melissa Benoist, who plays Kara, looks like she’ll do a wonderful job of portraying this walking contradiction.

The pilot also touched on enough Supergirl mythology to make fans of the original comics happy. Like in the comics, Kara was sent down to Earth as a preteen to protect her baby cousin, Kal-El. Unfortunately, the plan was ruined when her ship got stuck in the Phantom Zone, a place where time stands still. When her ship was finally freed 24 years later, Kara was still a twelve-year-old girl and Kal-El had already grown up to become Superman.

One part of the episode that did stray from the comics, however, was the introduction of the show’s big bad: Kara’s Aunt Astra. Though Supergirl has a good setup for a monster-of-the-week storyline, it may take a similar route as early seasons of Supernatural by also incorporating an overarching conflict. Astra, who is the show’s creation, will be the source of this conflict.

I love a good conflict between two strong women, and Supergirl seems more than happy to deliver. In addition to Kara’s aunt from hell (I thought I had it bad that time my uncle forgot my name), Kara had a more normal family quarrel this episode when she found out that her adoptive sister, Alex, was fighting against her.

Anyone who has ever had a sister knows that sisterhood can be incredibly complicated; at one point or another someone is always jealous of the other. The writers have already perfectly captured this sentiment, and its only been one episode. It’ll be interesting to see how the girls move forward and attempt to balance their clearly close bond with being on opposite sides of the war genetically.

Already Supergirl is looking like THE girl-power show of fall’s TV lineup. And it should be, as it’s the first superhero show with a female lead to grace TVs since the ‘70s – not counting Agent Carter, who is technically not a superhero since she’s lacking the superpowers that entail the “super” part of that title. Fight me on it, but I’m right, and if that makes you angry then you probably don’t want to know my thoughts on Batman.

Nevertheless, Supergirl is a superhero beyond doubt, and I’m definitely ready to see her kick some more ass next Monday when the show returns at its regular time, 8/7c.