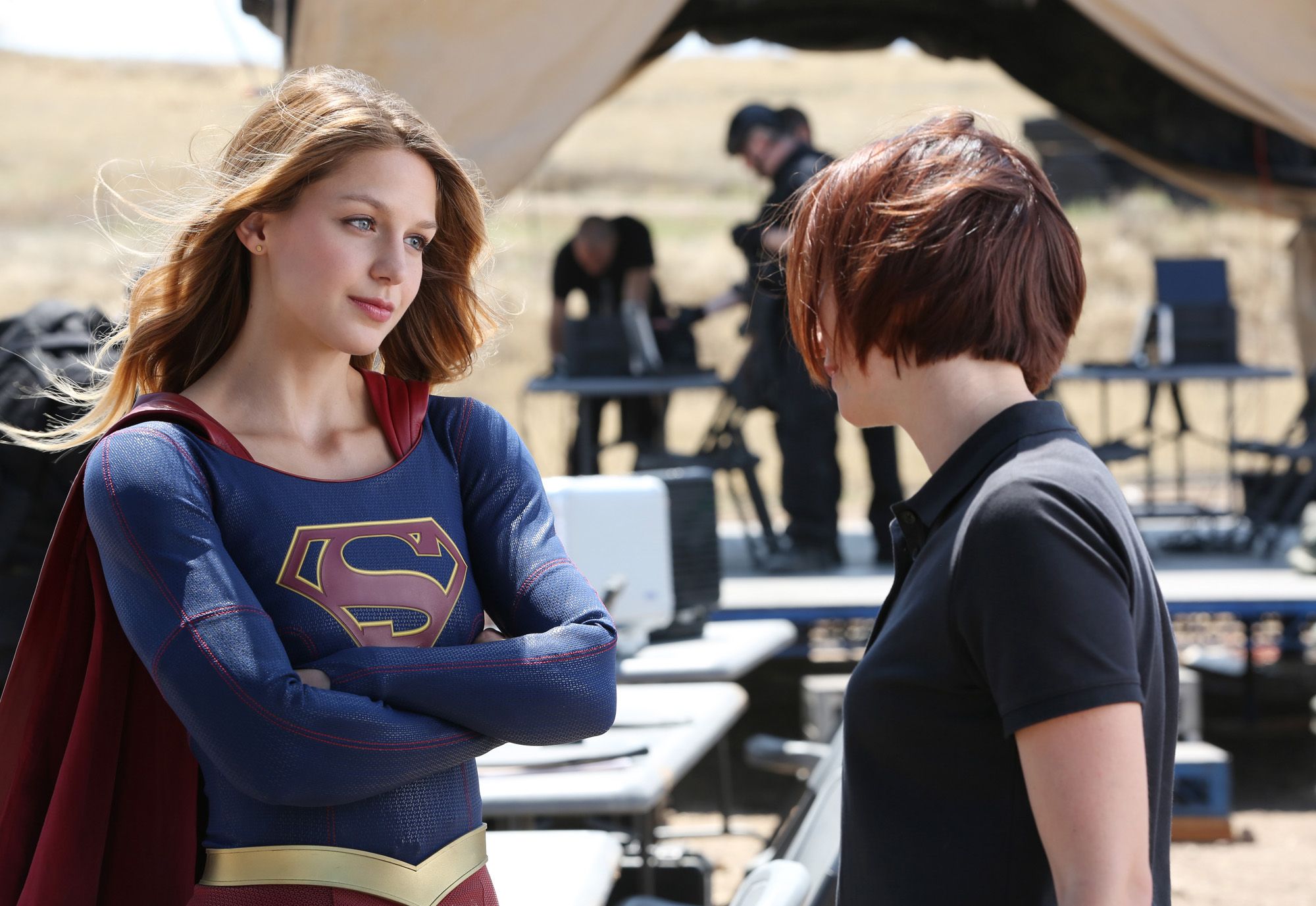 This week’s episode of Supergirl had some eye-roll inducing dialogue that always seems to plague superhero movies/shows. That’s not to say that it didn’t also have some great writing. My personal favorite was Kara’s line about the cat videos; Melissa Benoist played it with just the right amount of awkward that let me see myself in the exact situation.

Another familiar trope that Supergirl borrowed this episode was that of a superhero learning to balance their job at a magazine while also being the subject of that very magazine – why is it that superheroes always work at a media conglomerate? It just seems like it would be safer to work in any other field.

Fortunately, Kara seems to be managing to go undetected fairly easily, despite the fact that she finally agreed to do an interview with her boss, Cat Grant, who I’m starting to like. Despite their attempts to make Cat seem like a stereotypical bitchy boss last episode, she’s not as one sided as they made her seem. We already knew that Cat was smart, but this episode we find out that she’s actually funny, and sees more in Kara than she let on. Cat sort of alluded that she can see Kara working her way up from an assistant in a similar way that she herself did.

It’s nice to see that a bitchy character like Cat can actually have some substance beyond that, especially in the age of #banbossy. Cat puts her behavior into perspective when she says, “every woman knows we have to work twice as hard to be half as good.”

Supergirl is only on its second episode and it’s full of dynamic female characters. This episode we finally see how two women from the same planet with similar motivations can be so different from each other. I’m talking about dear old Aunt Astra, of course.

I didn’t anticipate Kara facing her aunt until later down the line, but it didn’t seem so rushed that it felt forced. The conflict between the two will definitely be interesting as Kara struggles to hold onto memories from her home planet, while also recognizing Astra as an adversary she will need to face. Their meeting also served as a push to get Kara to accept the fact that she needs more training. This is training she definitely needs, as this episode we see a hint towards yet another new villain – Hank Henshaw.

The biggest question of this Supergirl episode is Henshaw. He confirms that he’s a jackass by showing the audience a little secret he’s been hiding – red cyborg eyes. Now the point of interest is whether or not he’s evil (extremely likely) or if his body has been snatched in some way (not so likely).

In the comics he’s one of Superman’s rivals, so it only makes sense that he’d be a villain here, it’s just a matter of how the writers change his story to fit their needs. We hear a mysterious voice at the end of the episode discussing further plans with Astra, and the voice sounds suspiciously like Henshaw’s. So all signs point to him being a two-faced (possibly literally) villain.

One question that did get answered for sure, however, is how superheroes always manage to go undetected when the only thing they change about their appearance is glasses. I mean, I know I look different with my glasses, but there’s no way that I look so different that at least a few people wouldn’t recognize me as the girl flying around town in a cape. I can only imagine that phone conversation with my mother.

But James Olsen gives the best explanation behind the phenomenon to date. He explains that the reason people never recognized Superman when he was dressed as Clark was because, “the world can’t believe that there’s really a hero in their midst.” Let’s hope this stays true now that Supergirl’s kidnapped Cat in order to do their interview – superheroes, always such fans of the dramatic entrance.