Trending
You are at:Home»Movies»Movie Reviews»‘The Night Before’ is a Nutty Blend of Laughs and Spirit
By Tyler Birss on November 30, 2015 Movie Reviews, Movies 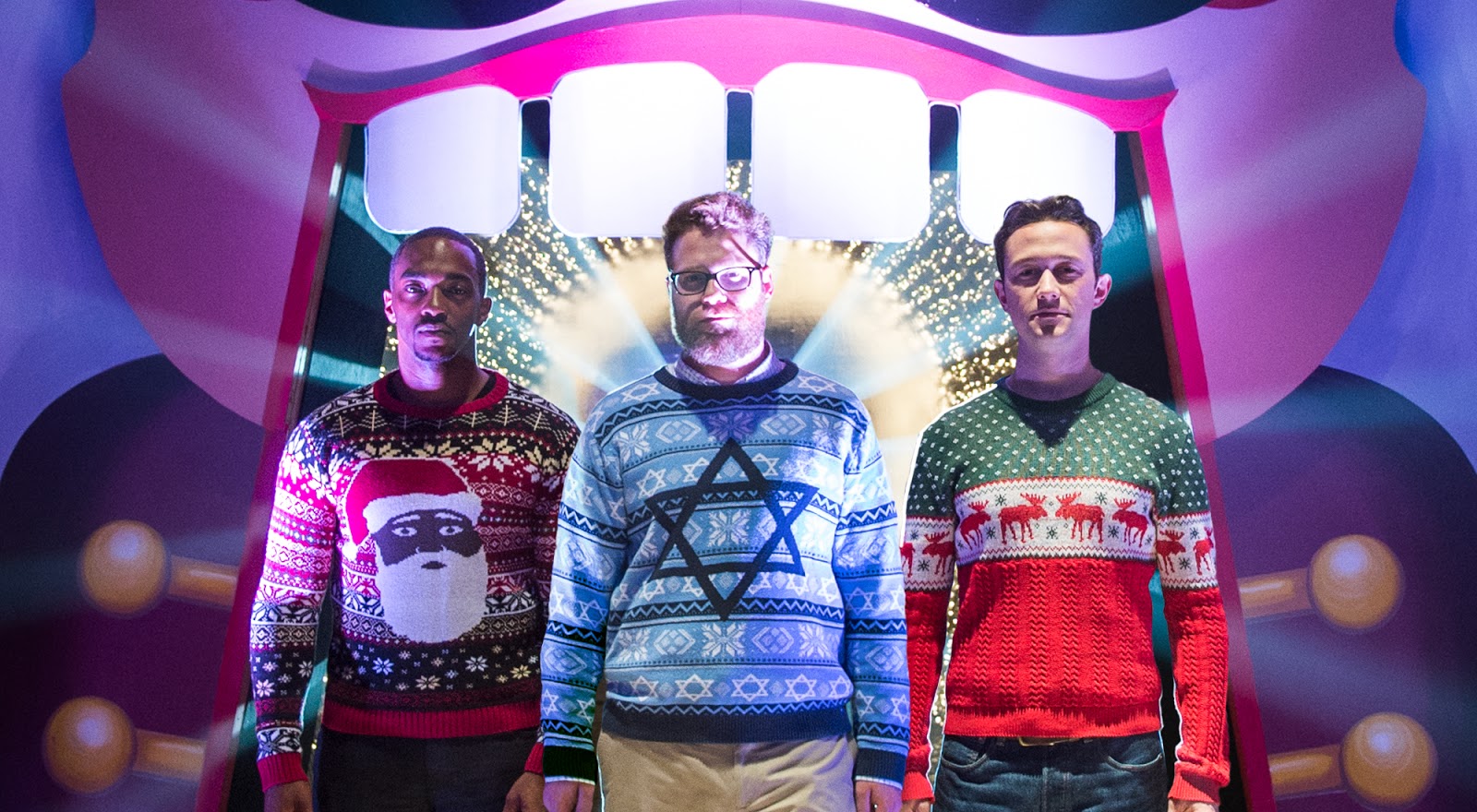 The Night Before shows Seth Rogen at his finest and the holiday spirit being captured in a hilarious but unusual way. Also starring Joseph Gordon-Levitt and Anthony Mackie, this comedy centers around the trio’s friendship and Christmas Eve tradition that has carried into adulthood. Isaac (Rogen) is a married lawyer and soon-to-be dad, Chris (Mackie) is a successful professional athlete, and Ethan (Gordon-Levitt) is a down on his luck musician. Rogen predictably carries the weight next to his on screen friends, but Mackie is funnier than expected and Gordon-Levitt plays arguably the most enjoyable character of the three.

A storyline for The Night Before stems from Ethan losing his parents in a car crash on Christmas Eve fourteen years in the past. Isaac and Chris rally around their friend in the process of creating a tradition of debauchery. Excessive drug use, drunk karaoke, and old school video games are among the features of their festivities. Within this mayhem, Rogen portrays Isaac in a totally hilarious manner. He snorts cocaine and swallows loads of pills. A funny development is that the source of these fixtures is Isaac’s pregnant wife, Betsy, played by Jillian Bell. 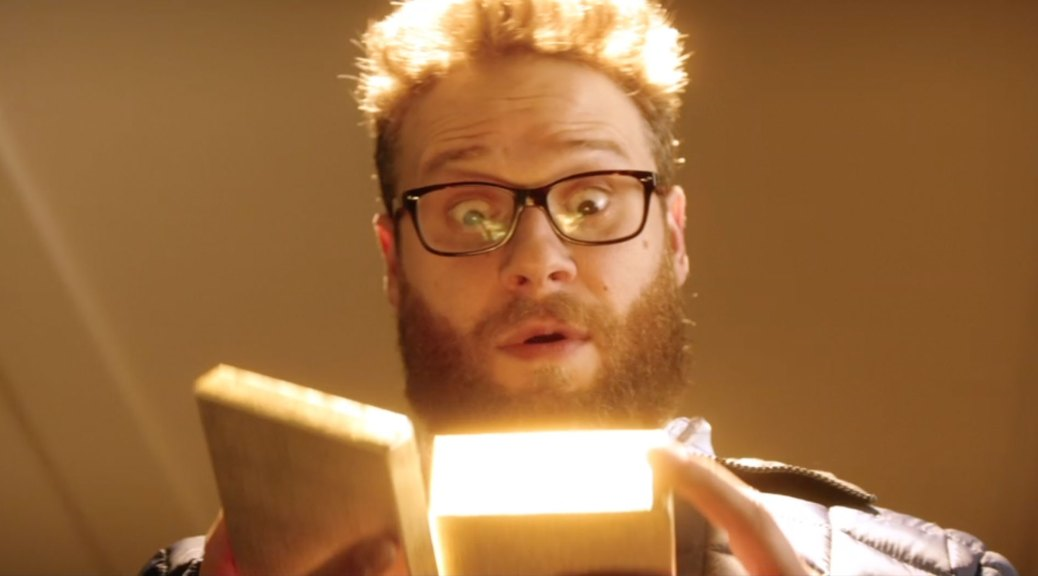 During Isaac’s drug induced state of frenzy, he loses his phone. His mission becomes to find it as Chris has a journey of his own – to give a teammate and popular athlete some weed. Ethan, the most unsuccessful member of the group, has his sights set on an elite party that’s been a dream spot for years. Once he steals three tickets, the trio plan on attending the event that has a mythic nature to it. However, Ethan has deeper issues that he’s attempting to disguise through holiday traditions and constant excuses. Ethan also has an ex-girlfriend, the Lizzy Caplan played Diana, who he wants to win back.

Out of nowhere, the best character in The Night Before is embodied by Michael Shannon. The intense and committed actor is my favorite performer in Hollywood, a thought covered here in the past, and he shines as weed dealer Mr. Green. Shannon shows his trademark intensity in a new way since The Night Before is a comedy, but he also delivers humorous lines and emerges as a pivotal part of the movie’s success. He helps the three friends score weed and is eventually revealed to be an angel who had been helping them the whole time. 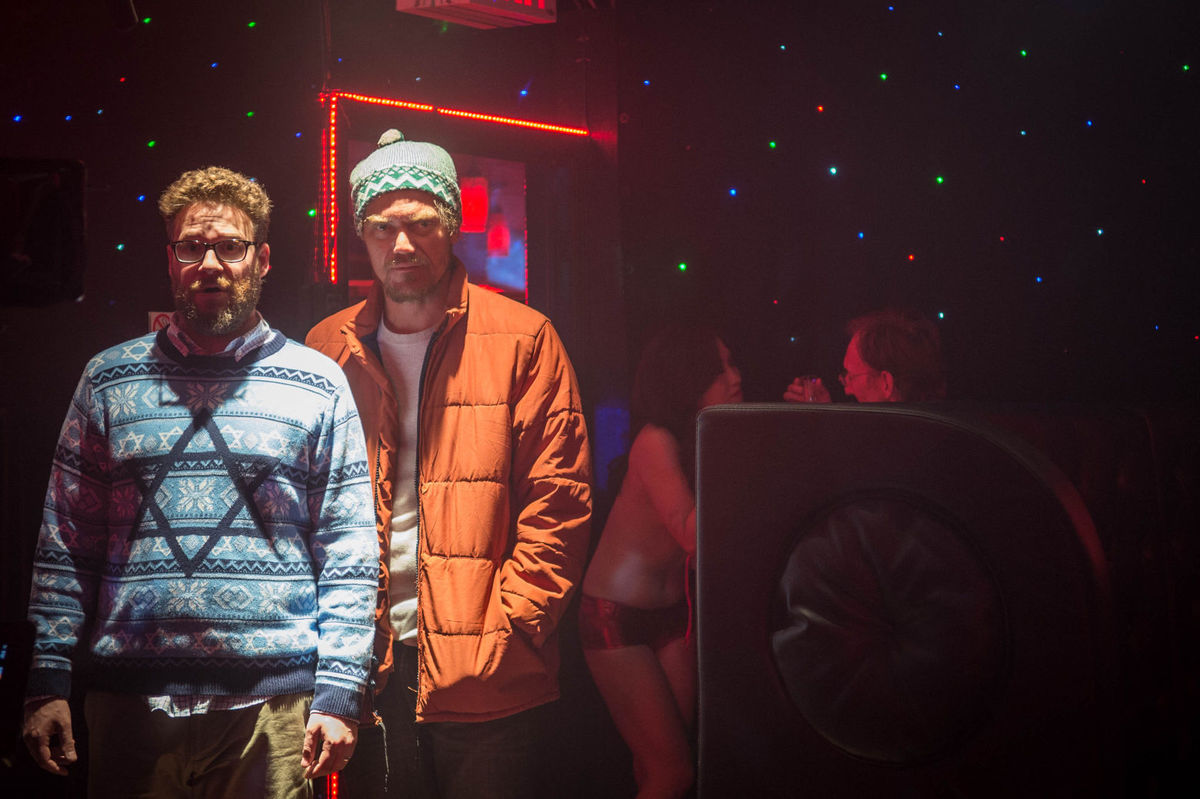 We also see a random mixture of celebrities such as Miley Cyrus and Baron Davis. Cyrus and Ethan sing “Wrecking Ball” together in a quality scene, and Davis nearly gets into a fight with Isaac after Rogen’s character injures one of the important athletes at the party. Throughout it all, Isaac tripping from shrooms and sweating excessively are comedic staples of The Night Before. He accidentally drops “cocaine blood” from his nose into a friend’s drink, he frantically addresses his future baby while sitting on a filthy public bathroom toilet, and he vomits inside a crowded church, among other things.

To any fan of Rogen, The Night Before is an easy viewing choice. But a unique edge can also be found in the movie’s mixture of hilarity and heart. There’s a depth to Ethan’s pain even within the comedic nature of the backdrop, and the audience can’t help but connect with the loyal trio. The Night Before, in essence, is a holiday movie on shrooms. In other words, it’s a trip worth taking.