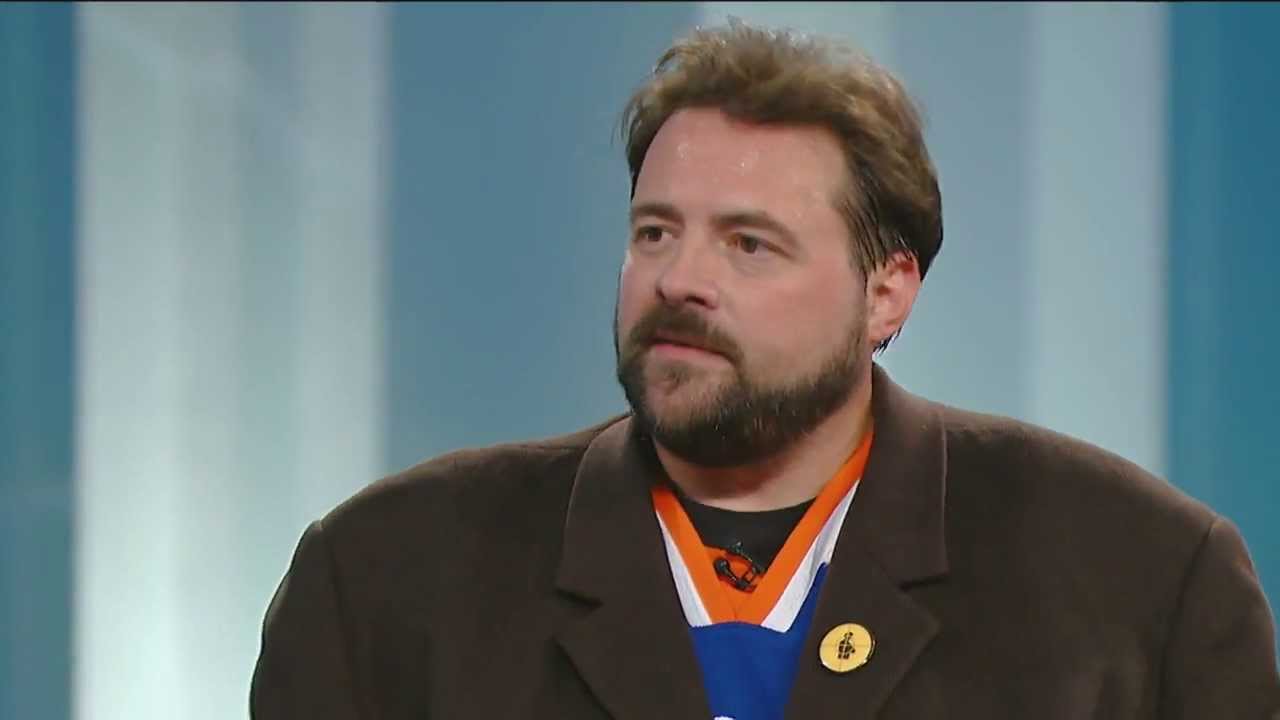 Image courtesy of the “Kevin Smith Stands Up For Video Gamers With Youtube Channels” link posted on YouTube.

It is debateable whether or not Kevin Smith even belongs on this list. That is the only reason he falls outside my Top 15 because there are few people in the world who make me laugh harder.

Taking only the latter into account, there is still such a wealth of quality material that he more than deserves his spot among other comic legends. Each special clocks in near or over the three-hour mark and while it is a twist on the classic formula, it consists of a human being standing on a stage telling jokes and stories.

Other comics implement audience participation into their act, but Smith hands a certain amount of control to his fans by having them being each “bit” by asking him a question. As such, Smith’s “stand-up” is highly improvisational and markedly distinct from others but it is still a performance of stories and jokes he has told before and if a casual observer walked into the room while you were watching one of these specials, they wouldn’t be able to tell the difference between it and standard stand-up comedy.

Meanwhile, he gets to utilize his experience in the film industry and his unique life and perspective to tackle subjects you won’t hear from any standard comedian. Rather than discuss politics, race, and social issues (all of which can be great comedic material), he can take us through the process of working with prima-donna actors or out-of-touch studio executives. And, of course, he is always talking about nerd stuff which is a huge win for my people.

He isn’t for all audiences – the language can be incredibly crude – but if I’m going to pop in a DVD because I want to laugh for three hours non-stop, An Evening With Kevin Smith (any of the four) are as good as anything produced by anyone else on this list.

The first time I saw Tig Notaro perform comedy, it changed me as a person. By its end, I was emotionally spent.

I’ve never laughed and cried and felt so moved by someone who moments before I had never even heard of. It’s difficult to explain what makes her so good except to say that she is brutally honest about herself in ways that most of us just wish we could be.

She performed stand-up comedy mere minutes after learning that she had been diagnosed with breast cancer, a topic she isn’t shy in talking about to the point where in her most recent special includes her going topless for the final third.

Her stories are poignant and touching but her own trials and tribulations are merely the canvass upon which she paints the observations that her experience allows her to see. She doesn’t just tell sad stories with funny twists but can also wax poetic about years worth of chance encounters with 80s pop star Taylor Dayne. One of my favorite bits of hers involves randomly dragging a stool around the stage for far too long in a positively Python-esque manner.

Her deadpanned, dry wit hits hard in between long moments of (sometimes awkward) silence which she uses as well as any comic I’ve ever seen. She may be less known to wider audiences, but Tig Notaro and her remarkably moving comedy should be on everyone’s list. Grab a box of tissues — for both kinds of tears — and pull her up on Youtube or Netflix. You won’t regret it.