Trending
You are at:Home»Celebrities»Top 50 Stand-Up Comedians: No. 10 – Ellen DeGeneres
By Drew Creasman on January 22, 2016 Celebrities 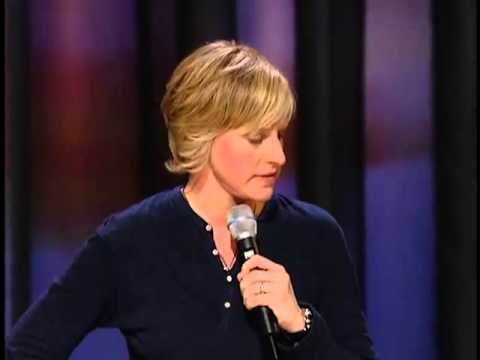 Image courtesy of the “Ellen DeGeneres – Here and Now” video posted on YouTube.

Ellen DeGeneres has been making people laugh and offending no one (except I suppose homophobes) for a long, long, time. She made her television debut on Johnny Carson almost exactly a month after this 29-year-old writer was born:

Endlessly clever and insightful without ever having to rely on shock value, DeGeneres speaks to our better nature as well as reflecting it. Comedy can get so nasty and dark – and that’s okay because that’s what makes it so cathartic at times – but sometimes you can be smart and silly at the same time and Ellen is the proof.

She pays attention to the little things in life and knows hot to satirize without mocking. It’s what makes her such a fantastic award-show host. In that way, she is kind of the polar opposite of Ricky Gervais, who still makes a great host but is always edgy. Ellen doesn’t sacrifice a single laugh for choosing to walk a safer path and can still keep thing new, fresh, and creative without having to shock people.

When Ellen talks about procrastination or being overwhelmed by modern conveniences that don’t always feel so convenient, she is highlighting aspects of human nature that bring us all together as opposed to pointing out and dwelling on our differences.

She reminds us that we are all a little neurotic, that we worry about what others think of us while others are busy worrying about what we think of them. We aren’t so different, and in our most embarrassing moments, race, religion, politics all go out the window while we pretend like we didn’t really just trip over our own two feet.

Ellen DeGeneres has been at this a long time having carved out an immensely successful career as a sitcom star, a talk-show host, and a stand-up comedian. Her longevity is a testament to her ability to keep her eyes and mind open, bringing people together with comedy and never taking the easy way out. There is only one Ellen.