Trending
You are at:Home»Television»Review: ‘Once Upon a Time’ S5 E13
By Jeanie Weber on March 14, 2016 Television, Television Reviews 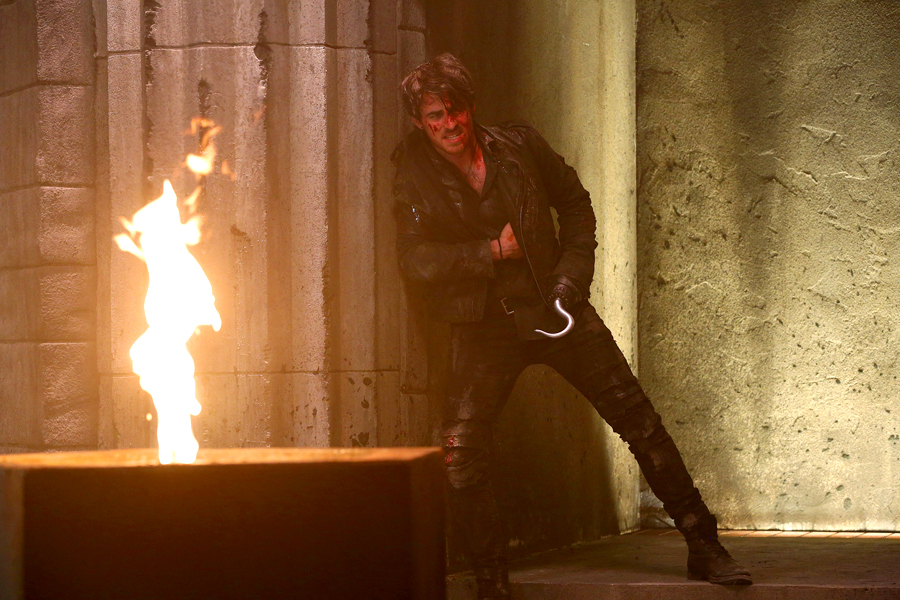 As is to be expected after a super awesome mid season premiere, this week’s episode of Once Upon a Time was a bit of a let down. I mean, let’s be real, it was still a really fun episode, but anything in comparison to last week’s non-stop excitement was going to pale in comparison.

This week my main issue was how the writers of Once Upon a Time handled the Hercules story line. As someone who knows every single lyric to I Won’t Say I’m In Love, I was expecting so much more out of Hercules’ and Meg’s eventual introduction. And while Hercules had a really cool connection with Snow White, his present day story was a little more on the meh side.

First of all, can we talk about what a missed opportunity it was for them to not even have a FEW bars of I Can Go the Distance? I mean, come on, throw me a bone here. Hercules has some of the best music of any Disney movie, and it was a downright shame that they didn’t include any of it. Even if they hadn’t had the licensing to be able to use a song, a sneaky little allusion to a lyric would have been fine.

And then there’s the fact that Meg had absolutely no backstory whatsoever, except that Hercules allegedly got her killed. I kept waiting for her to reveal that she was actually working with Hades, and had been posing as his prisoner, as is her role in the movie. But I guess I’ll let that slide, since I’ve always liked how Once Upon a Time makes their characters’ backstories their own.

Instead, the bigger issue I had with Meg was that the entire time she needed someone to save her. I recall a certain line from the movie where she outright explains that she’s no damsel in distress. But what’s the first thing that the writers do with her? Put her in distress. Sure, she helped with the half-assed takedown of Cerberus, which we’ll get back to in a minute, but Megara is one of the most badass Disney females; they should’ve done more with her. I’m disappointed in what the writers of Once Upon a Time turned her in to.

We can only hope that this wasn’t the last we’ve seen Hercules and Meg. I’ve never seen Once Upon a Time introduce such interesting characters just to throw them away like that. Hell, even Merida, the most boring Disney princess, got six episodes.

The only good thing that the writers of Once Upon a Time did with present day Hercules was when they stuck to Greek mythology and acknowledged his relationship to Hades. Hopefully now that Hercules is a god he’ll come back to save the Storybrook gang and take on his uncle with a newly badass Meg in tow.

Thankfully Hercules, unlike Meg, wasn’t relegated to a mere five minutes of airtime. He lucked out due to his previous involvement (wink, wink) with Snow White, which upgraded him to flashback status. Not only does it turn out that Hercules was Snow’s first kiss – yet another kiss she failed to mention to David – but it also turns out that Hercules was the catalyst for Snow’s transformation into a bow and arrow wielding badass.

And it seems that he popped back into her life at just the right time. After being the group’s mother and voice of reason for such a long time, Mary Margaret has kind of become the Debbie Downer of the group. But thanks to Hercules’ and Regina’s reminder it seems that we’ve seen the last of Mary Margaret’s boring speeches, and will finally get cool, Enchanted Forrest Snow White back in the real world.

Of course there were a couple other things besides Meg that had me disappointed this episode. For one, how easily Cerberus went down. He might as well have been called Fluffy, because yet again he was taken down by a gang of teenagers (plus Mary Margaret). And secondly, there wasn’t even a mention to where Rumple’s gone off to, which makes me a. nervous, and b. disappointed that we didn’t get to see a Rumple-Hades face off. Or even better, a bromance.

Maybe next week. This week Hades was a tad too busy torturing Hook by forcing him to choose which three of his friends will have to stay in the Underworld in exchange for all the souls they’d freed. I’m casting my votes for Robin (why is it that all Once Upon a Time archers eventually become bores), Rumple (I’m over his whole I’m evil, no I’m not, jk yes I am act), and Cruella (after she bullies Henry into writing her back to life it should count, right?)

Knowing Hook, though, he’ll try and be the good guy and save Emma and her loved ones by just writing his own name three times. Ugh.