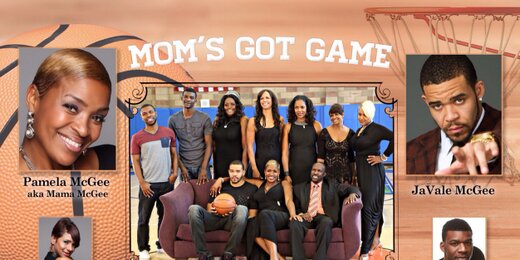 Drama-filled reality shows with loud cast members pulling outlandish stunts tend to draw in the most ratings from networks in this day and age. That’s considered must-see television for most viewers, if everyday life struggles aren’t enough.

Flint natives JaVale and Pam McGee are trying to set a new standard in their reality television show with humor and family fun. Basketball’s first WNBA-NBA mother-son duo’s show debuts Saturday, Jan. 18, at 10 p.m. for a six-episode series called ‘Mom’s Got Game’ on the Oprah Winfrey Network. Most of the footage was shot in California near Los Angeles with some pieces in Denver during the NBA off-season over a six-week period.

“I had fun filming my show last summer with my family,” Denver Nuggets center JaVale McGee said. “The show is about my real life. You’ll get to see some of my workouts, my business adventures, interacting with the youth, meet my close friends and experience the bond between me and my mom.” MLive.com