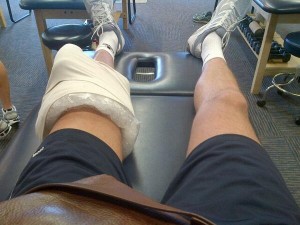 The Nuggets announced that forward Danilo Gallinari will miss the rest of the season after undergoing surgery on his left knee for the second time in nine months.

Gallinari initially injured his knee against the Mavericks on April 4, 2013, and early reports indicated that he had torn his ACL. The Italian forward underwent surgery on April 30 to repair meniscus damage, but that procedure did not address the ACL.

This week’s surgery, an ACL reconstruction, will keep Gallinari out for the balance of the season. He had not yet returned to the court after the first procedure.

“It was recently determined that the procedure that Danilo underwent on his knee this past summer was insufficient,” Nuggets general manager Tim Connelly said in a statement. “Danilo’s knee required that he undergo reconstruction of the ACL, which was successfully completed earlier this morning. Knowing Danilo’s drive and work ethic, we look forward to a full recovery and a healthy return to the court next season.” Sports Illustrated

Can someone send a message to my past self and tell him not to draft Gallinari in the seventh round of the Baller Mind Frame fantasy league? – AL