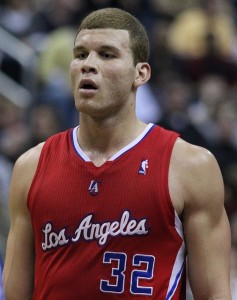 The Utah Jazz have lost their last seven contests against the Los Angeles Clippers before facing off against them in Staples Center on Saturday night. Losing one of their best big men in Derrick Favors, who was a late no-go due to a nagging hip injury, wasn’t what Jazz head coach Tyrone Corbin had in mind.

The Clippers had no practice the day before and no shootaround on game day, as head coach Doc Rivers made every attempt to have fresh legs available for the Jazz, who hold the second-worst record in the league at 16 wins and 31 losses. Unfortunately for the Clippers, the remnants of their seven-game Grammys road trip showed early in the first quarter as they exhibited a sluggish offense, turnovers, and unnecessary fouls, which put guard J.J. Redick and center DeAndre Jordan on the bench early with two each. Doc Rivers said of the Clippers’ slow start, “You could see it early. We just couldn’t get it going.”

Although reports from the Clippers medical staff have suggested that point guard Chris Paul might be available from his shoulder injury sooner than later, for the 15th straight game, Darren Collison started at point guard. He would end the night with 11 points and six assists.

Visibly fatigued and multiple steps slower, the Clippers didn’t score their fourth point of the first quarter until close to six minutes in, and much to their favor, the Jazz missed eight of their first 10 shots. After the Jazz got out to a 7-2 lead early in the first quarter, the Clippers increased their energy level, closing the quarter down 21-19 despite going 0-for-3 from three and 1-for-5 from the free-throw line. “We came out flat in the first half,” Jordan said. “But we get our energy from the crowd here. And once we got over that hump tonight, we were okay. Our defense kept the game close, and in the second half we got our legs back and had more of a feeling for the game.”

The second unit for the Clippers opened the second quarter anchored by DeAndre Jordan, who is currently leading the league in rebounding, dunks and field goal percentage (the only other player in NBA history to average 14 rebounds with a similar field goal percentage was Wilt Chamberlain). In addition to scoring 54 points in the paint compared to 30 from the Jazz, the Clippers would also out-rebound Utah 45 to 42 on the night. After spending the majority of the second quarter exchanging leads, the Clippers closed the half with Blake Griffin scoring 14 of his 25 points on the night, followed by Jamal Crawford with 10 of his 27. Crawford’s 27 points gave him 50 career games with at least 25 off the bench, the most among active players.

The Clippers trailed by as many as seven points before taking a 63-58 lead with four minutes left in the third quarter, and after a reverse dunk from Griffin and a three-pointer from Crawford extended their lead to 10, the Clippers never looked back. Utah’s young studs Trey Burke and Gordon Hayward combined to shoot 5-for-26, only one night after shooting a combined 7-for-25 in a home loss to the Golden State Warriors. Utah’s single bright spot was Enes Kanter, who finished the game with 23 points. The Clippers would go on to give the Jazz their second loss of a back-to-back for the 10th time in 13 attempts this season. The final tally was 102-87.

Doc Rivers commented on the Clippers picking up their pace of play after a slothful start: “What is this, 10 games in 15 days? I’m proud of our guys. Overall, we’ve held together pretty good in this.” The Clippers shot 51 percent and scored 16 fast break points, compared to Utah’s six.

The Clippers are 19-7 since December 14, and 11-4 since Chris Paul’s injury. Up next for the Clippers is a rematch against the Denver Nuggets. They will look to replicate their previous success, beating the Nuggets 113 to 97 on December 21.