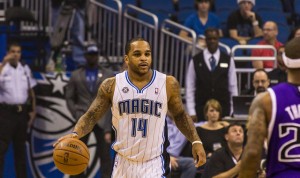 After two breathtaking, heart racing, adrenaline pumping wins, the Orlando Magic fell flat in their final game before the NBA All-Star break. Finishing up a four-game home stand, the Magic welcomed the Memphis Grizzlies to town for their annual trip to the Amway Center. Unlike the previous three contests, the Magic struggled to get anything going, trailing for much of the night before finally losing 86-81.

From the start, it was painfully obvious it’d be a long night for the home team. They struggled out of the gate, scoring just six points in the first half of the opening quarter before finishing it with a woeful 17. While Memphis started off slow themselves, the Magic’s struggles outweighed their opponents’ by a mile.

The second quarter was just as much of a struggle for both teams, as shots seemingly wouldn’t fall and neither could find any rhythm offensively. While there were pockets of efficient play, there were times where it was sloppy and unorganized from both teams. When the halftime buzzer blew, Memphis found themselves up by eight, 42-34.

When the out-of-conference foes came out to start the second half, Orlando began to find their groove. Shots began to fall and the offense had more flow to it as they were able to score early and often, clawing their way back into the game. The two went back and forth for much of the quarter, before Memphis grabbed a less than comfortable three-point lead heading into the deciding quarter.

With the game in the balance, both teams fought hard, hopelessly trying to get a hold of the game for good. Fighting hard until the end, the two pushed to the finish line, trying to be the one to cross first and claim the victory. Thanks to a questionable clear path foul, and big buckets from bruising forward Zach Randolph, Memphis was able to grind out the victory on Wednesday night.

While Orlando was able to match Memphis with four players in double figures, none of them were able to finish with more than 13 points. Center Nikola Vucevic notched his fifth double-double in his last six games, finishing with 13 points and 10 rebounds, while Tobias Harris added 13 points and seven rebounds. Power forward Glen Davis, forced with the tough task of guarding Randolph, capped off his first half with an efficient 12 points. Guard Arron Afflalo, who was held scoreless in the first half, finished with 10 points, but was never able to get a real flow going offensively, knocking down only 4 of 9 shot attempts.

Going against the slowest team in the league, the Magic were hoping to turn up the pace. Unfortunately, they were unable to, playing right into the Grizzlies’ hands by playing much of the contest in the half court. Their inability to get out on the break, finishing with just four fast break points, cost them dearly against the defensive minded Memphis team. Coach Jacque Vaughn said after the same that, “We needed to get out on them a little bit early and we just didn’t do that. Turnovers just hurt us early.” It’s something that Vaughn has preached, he wants his team to get out and run whenever they can, they were just unable to on Wednesday night.

A much needed time for not only the Magic, but everyone involved with the organization. The first half was a long one for the Magic, with stretches where things seemingly couldn’t go right no matter what happened. They’re a young team, but a break to recharge the batteries and get going again can’t hurt them. They’ll be represented by Victor Oladipo (Rising Stars, Taco Bell Skills Challenge) and Arron Afflalo (Three-Point Shootout), so it won’t be a total wash for the team. They start with six of seven on the road and have had their struggles on the road this season, so carrying some of the momentum they built prior to the loss to Memphis.

Jacque Vaughn on Memphis keeping Victor Oladipo away from the basket:

“I think overall you have to give (Nick) Calathes a little bit of credit. I think he was really solid defensively. Courtney Lee was solid defensively in pick-and-roll coverage. You give them some credit for having a good scheme tonight.”