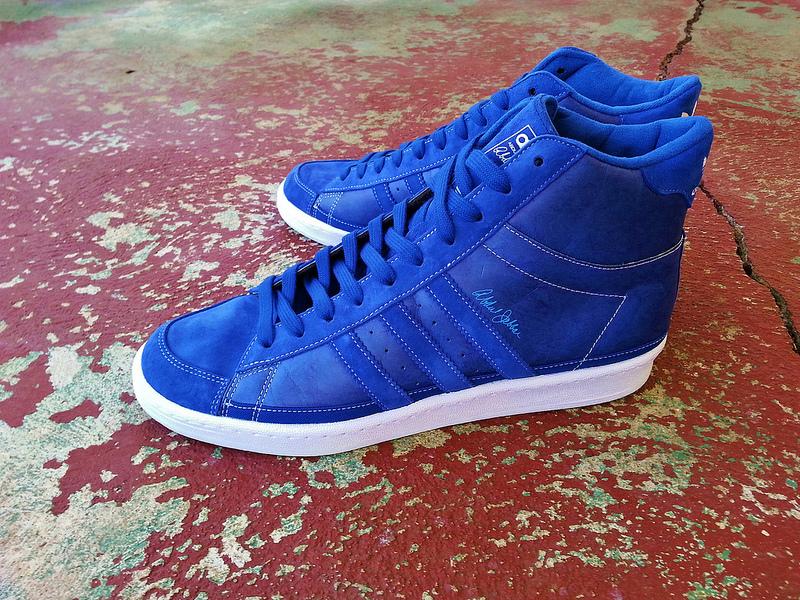 With shoes, you can always tell when a model has been made with the utmost care. The materials are great, the seams are well-placed, even the scent of the shoe is distinct and unique. They’re usually not found as often as other choices, but they’re worth it when you find the kind you like. That’s exactly what the adidas Originals Jabbar Hi “The Blueprint” is.

A remake of Basketball Hall of Famer Kareem Abdul-Jabbar’s former signature sneaker with the brand with the three stripes, the Jabbar Hi is a re-dedication to the man who is still argued to be the greatest player of all time. 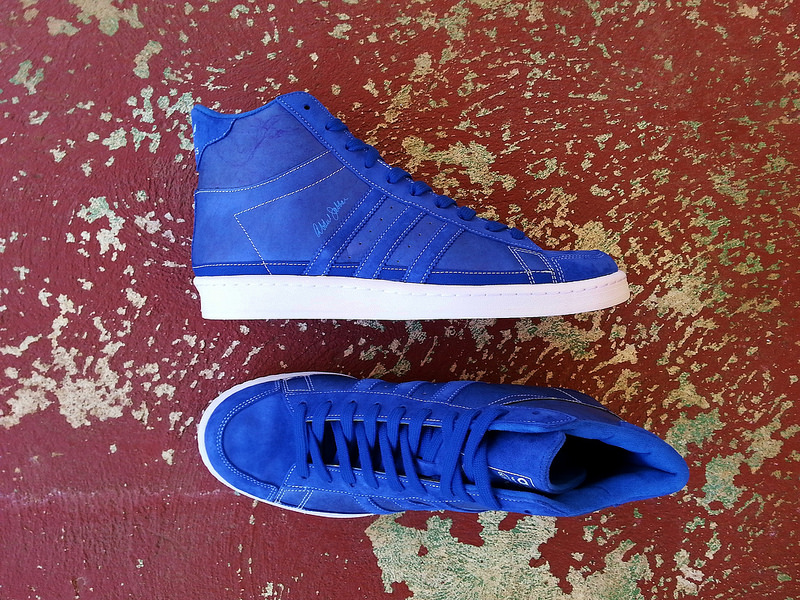 The inspiration of the shoe is best described by adidas below:

adidas Originals asked the top NBA players, including Derrick Rose, Damian Lillard, and John Wall among others, about what Kareem meant to them and the game of basketball. One response stood out above all the rest; Kareem represents “The Blueprint”. He is the blueprint to greatness as a person, an athlete, and as a philanthropist.

When the world was introduced to Kareem, his rare combination of height and skill had never been seen before. By the time his dominant career was over, Kareem amassed 3 NCAA championships, 6 World Champions, 6 NBA MVP awards, 19 All-Star appearances, the all-time record for blocked shots, and he remains the all-time points leader in NBA history.

In homage to Kareem as “The Blueprint”, the artwork was created by duo Morning Breath, Doug Cunningham and Jason Noto, which mirrors a classic blueprint spread which details the plan to show how something can be made.

The schematic layout tells the story of the upcoming Kareem “The Blueprint” sneaker and his illustrious career.

When the world was introduced to Kareem, his rare combination of height and skill had never been seen before. Dropping during All Star Weekend, “The Blueprint” Jabbar Hi is crafted out of actual Tyvek® blueprint paper which includes white contrast stitching, laces, and printed graphics. 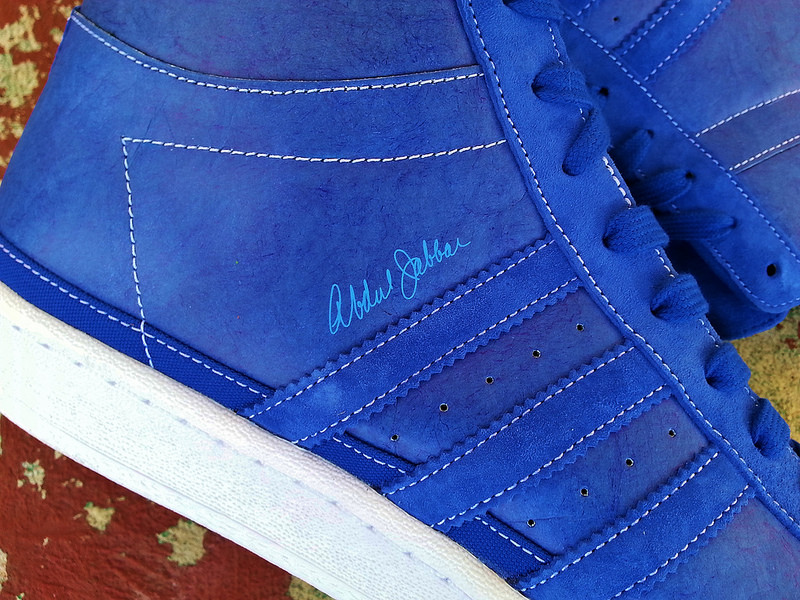 With the aforementioned noted, the Jabbar Hi is a real beauty. The leather (or paper?) is thick, the suede is soft and has a short nap, and the smell is incomparable – literally, it’s hard to describe the scent, but it just smells good. If the sole looks a bit familiar to you, it should – it’s the same sole that’s been used on another adidas classic, the Superstar (and its high-top brother, the Pro Model). And then there’s the details of the Jabbar Hi – the signature on the lateral side of the shoe; the thin rand, toe box, and the stripes on both sides of the shoes that feature the deep blue suede; Abdul-Jabbar’s silhouette of him shooting a skyhook on the tongue; there’s even a special shout-out the adidas Basketball athletes who weighed in on the Los Angeles Laker legend on one of the insoles. Clearly, the Jabbar Hi is a product of love.

Though you’ve been able to note “The Blueprint” inspiration of the Jabbar Hi, be mindful of another huge aspect of the sneaker’s inspiration – the UCLA Bruins. Abdul-Jabbar’s college team is known primarily for its blue, white, and gold color palette, and these fit right along in the context of the shoe’s appearance. 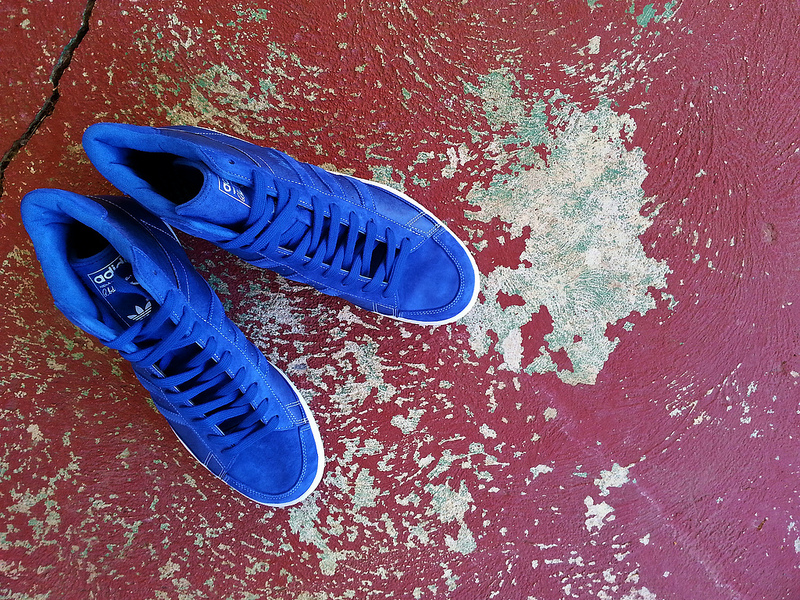 Also, don’t worry about the comfort. As narrow and high as the Jabbar Hi is, the insole has an old-school arch support, the outsole is a cupsole (which essentially allows your foot to sit within the sole) and the pliable upper with its paper-suede softness molds with your every step (just know that creasing is a given – don’t sweat it; embrace it, it’ll give the shoe more character).

If you’re lucky to find a pair of the Jabbar Hi, go ahead and get a piece of history. You’ll be happy to have it.

Check for these at adidas Originals retail stores and adidas.com. 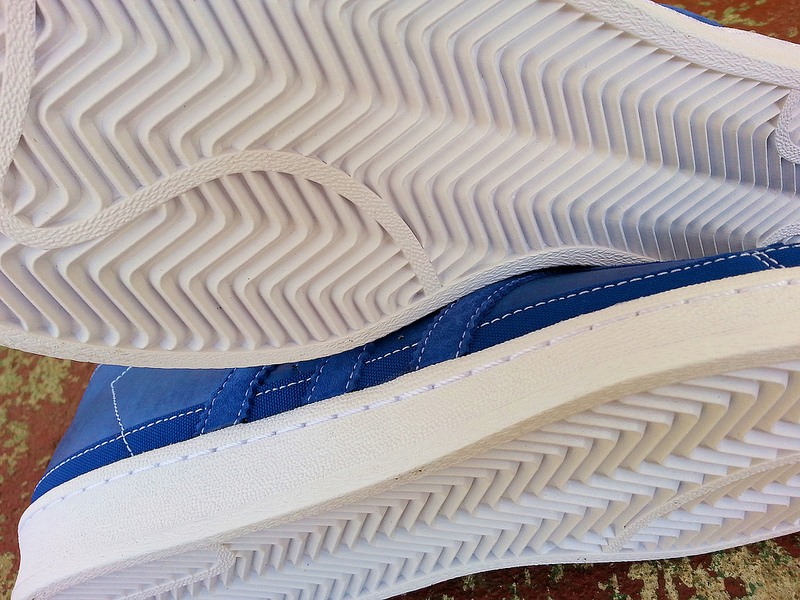 Special thanks to adidas Originals.