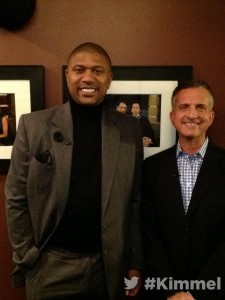 Silver and his owners believe that there’s a real window here — thanks to the concussion crisis in football and the execrable length of baseball games — for the NBA to seize the reins and become America’s new pastime. There’s a reason the new commish mentioned this publicly more than once. His owners want to hear a little less about “growing the sport abroad” and a little more about “building the sport domestically.” Other than the way he treated people and carried himself, that was their single biggest issue with Stern.

And that’s why this tanking bullshit matters. When 36 percent of your league is willfully throwing away the last five weeks of an 82-game season, you’re doing something wrong. Stern stuck his head in the sand. He pretended self-sabotage wasn’t a recurring danger, just like he pretended the broken officiating system was fine … and the always-disappointing All-Star Saturday was fine … and the annoying 2-3-2 Finals format was fine … and the stunning lack of minority league executives at every CBA bargaining table was fine … and the embarrassing Chris Paul trade veto was fine … and The Decision was fine … and the Maloofs destroying basketball in Sacramento to the point that the fans had to revolt was fine … and Clay Bennett extorting Seattle for a new arena and ultimately hijacking the team was fine … and the league owning the New Orleans franchise as it landed the no. 1 overall pick was fine … and starting off Silver’s commissioner transition by hovering over him for an extra eight months was fine.

I don’t think Adam Silver wants to stick his head in the sand. I really don’t. But conquering the self-sabotage corner is a good place for him to start. This isn’t tanking. Nobody is throwing games. They’re just shitting on them. And they’re doing it because it’s the smartest thing to do. Don’t pretend this is fine. It’s not. Grantland

Eight teams did not win a game last week. 8. Nearly a third of the league. The NBA does has an issue with tanking and I am glad that Adam Silver has been open to discussing the inherent problems of the draft lottery.

I highly recommend reading the entirety of Bill Simmons’ article on Grantland. It gives a firm sense of what’s going on in the NBA, and its’ business agendas for the future. – AL