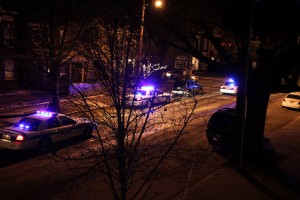 Minnesota Timberwolves forward Dante Cunningham was arrested Sunday for the second time in less than a week, booked for suspicion of making terrorist threats just days after being charged with felony domestic assault for an incident involving his girlfriend.

Cunningham, 26, was arrested early Thursday and charged with felony domestic assault. According to a criminal complaint filed in Hennepin County District Court, the power forward’s girlfriend told police he attacked her during an argument early that morning in his suburban Minneapolis home. The woman, who isn’t named in the complaint, told police he kicked down a locked bedroom door, grabbed her around the neck and slammed her against the wall, choking her for 15 to 20 seconds during which she could not breathe. Huffington Post

This sure looks awkward after the recent offensive tweet by Minnesota Rep. Pat Garofalo.

We don’t have enough details with the terrorist charges to form opinions about what is going on, but let’s hope that Cunningham gets the help he needs soon. – AL