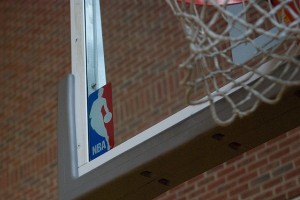 Los Angeles Clippers assistant Tyronn Lue will interview for the Cleveland Cavaliers’ head-coaching job late next week, league sources told Yahoo Sports. The Cavaliers had closely examined the college ranks for a head coach, and are now looking at the landscape of NBA assistant coaches and former head coaches. Yahoo!Sports

The Timberwolves decided on Dave Joerger as the replacement for Rick Adelman on Saturday night after the Minnesota-born Grizzlies coach met with team leadership, including owner Glen Taylor, two people with knowledge of the situation told The Associated Press. Joerger, who went 50-32 in his first season as coach of the Grizzlies and helped the team to the seventh seed in the Western Conference playoff field, is still under contract for two more years in Memphis. But owner Robert Pera is believed to be considering a coaching change after he recently fired CEO Jason Levien and director of player personnel Stu Lash, and it remained unclear just how much the Timberwolves want to give to the Grizzlies for a coach many presume could be fired any day. NBA.com

Jeff Van Gundy’s interest in that sort of undertaking — or the Grizzlies specifically in the wake of all their recent turmoil — is unclear, with the former New York Knicks and Houston Rockets coach and current ESPN analyst consistent in his reluctance to publicly discuss job openings. But after the ousting of CEO Jason Levien and with Joerger poised to leave, the immediate challenge for Grizzlies owner Robert Pera is convincing prospective candidates that they’ll be walking into a stable situation. ESPN.com

Los Angeles Clippers associate head coach Alvin Gentry and Chicago Bulls assistant coach Adrian Griffin have both garnered serious interest from the Jazz’s front office, according to multiple reports, as the team continues its search for Ty Corbin’s replacement.Jazz general manager Dennis Lindsey keeps his short list of candidates close to the vest. He’s also not about to hurry a decision, even if Golden State and Detroit have already filled coaching vacancies and a half dozen other teams are still combing for coaches. “We’re not going to talk about who and what and when and where,” Lindsey said. “But we’re very comfortable with the level of coach that’s out there, people with good character that supports what they do. I think we’ll come up with a good coach.” Salt Lake Tribune