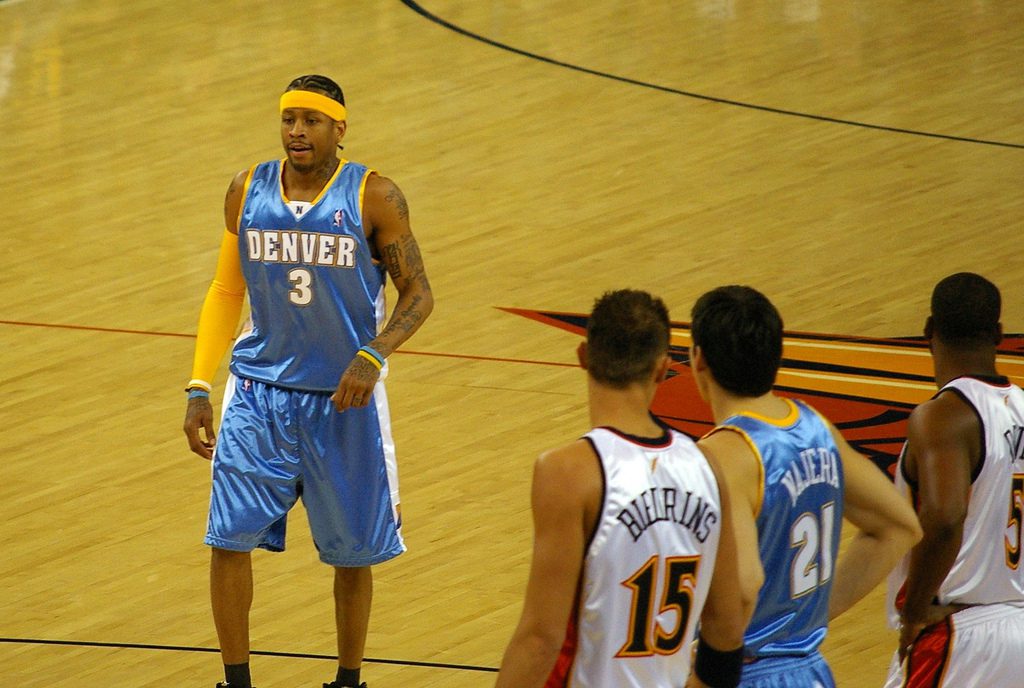 If you ask me, the most heart-wrenching, convoluted, and insanity-inducing two-word phrase in the English language is “what if.”

There is a scene in the second Matrix movie (stick with me) in an elevator featuring the three main heroes: Trinity, Morpheus, and Neo. They’ve just left from a conversation with an antagonist that did not yield the results they had anticipated. When Neo suggests this might be a mistake, Morpheus responds, “No. What happened had to have happened and could not have happened any other way.”

I think sometimes we have this attitude in sports. And I’m not so sure the universe works that way.

We tend to cement the winners into glory, obfuscate the accomplishments of the teams or players who didn’t win it all or weren’t part of some great dynasty, and give results the ultimate say.

Team X won and they had to have won and it couldn’t have happened any other way.

But we know this isn’t true. The San Antonio Spurs, by all objective measure, outplayed the Miami Heat in the 2013 NBA Finals but gave the last two games away, both in the fleeting minutes. But some almosts, we don’t remember quite as well.

It didn’t take too long into the 2006-07 season for Carmelo Anthony to establish himself as the scariest offensive player in the league. He tied a franchise record (Alex English) by scoring 30 points (or more) in six consecutive games. Then on November 21 he scored 29 points, humorously failing to hit two free-throws in the final minutes that were meaningless to the outcome of the game. Melo laughed knowing that just one make would have given him the record. Oh well.

Then … starting the very next game, Carmelo tied the record again. Since we like big round numbers, Melo didn’t technically double a franchise record, but who knows what we would say if we made the cutoff 29.

The team was on a roll and Melo was leading the NBA, averaging over 30 points per contest when Isiah Thomas and Mardy Collins ruined everything.

The offseason addition of mercurial J.R. Smith brought the Nuggets some desperately needed help in terms of scoring on the perimeter when teams overplayed Anthony, but his antics of flashy dunks and in-your-face-attitude rubbed some people the wrong way; and one of those people was then New York Knicks coach Isiah Thomas.

Coming in off a 37-point performance against the Washington Wizards and after hanging 42 on the Boston Celtics, Melo was dropping a pedestrian 34 on the New York Knicks in Madison Square Garden, but he and his teammates were having too much fun for coach Isiah Thomas’ liking and he ordered Mardy Collins (famous for the sentence “oh yeah … whatever happened to Mardy Collins?”) tackle J.R. Smith on a breakaway rather than endure another highlight-reel dunk.

When Carmelo Anthony rushed into the ensuing fray, the season’s fate hung in the air like a bungee cord about to snap. And boy did it snap.

If you’re reading this, you’ve likely seen the tape and have your opinion long-since decided on this issue. The one thing I would say is to look at the punishments handed out since this time and compare them to the 15 games Carmelo Anthony sat out that season.

Melo was made an example of. David Stern practically came out and said as much. Good for the NBA? Possibly. Bad for the Denver Nuggets? Undoubtedly.

During the suspensions (Smith also received a 10-game verdict), it became known that one of the best players in the league had worn out his welcome in Philadelphia, and Allen Iverson wound up in the Mile High City.

I had mixed feelings about the trade. I had only ever seen Iverson in the snippets shown on TV and I didn’t like what I saw. He seemed like a selfish player to me and I worried he would upset the chemistry of a team that had been playing very good basketball.

One on account, at least, I could not have been more dead wrong: Allen Iverson is the hardest working athlete I have ever seen play in person. I am fundamentally opposed to booing one’s own team for any reason other than a perceived (or preferably actual) lack of effort.

Under those conditions, Allen Iverson should never ever be booed.

Why do you think the “boo” capitol of the world who even oftentimes hates its own (Philly) have nothing but love for Allen Iverson? Heart. Effort.

If you paid money to see Allen Iverson, you saw him work his ass off for you each minute of every game. In his career, Iverson led the league in minutes played seven times and averaged 41.1 minutes per game, even including his final few seasons. In the playoffs, that number jumps to 45.1.

I remember George Karl once explaining that he was looking for any signs of slippage in effort, showing that Iverson was tired so he could give him rest. The signs never came.

To this day Allen Iverson holds the Denver Nuggets franchise record for minutes played in a game even though he was only in Denver for a year and a half. Heart.

For whatever else it may have done to that season and the potential of that team, I will always be thankful to the basketball gods that Allen Iverson was a Denver Nugget for even just that short time so I could see through all the BS and appreciate an athlete that gives you the only thing it is fair to ask: everything they have, every time.

As for that fateful season, Carmelo Anthony won Player of the Week three times and Player of the Month for April when the Denver Nuggets went 10-1. He and Allen Iverson seemed to be clicking, each having their fair share of 30-point games. They finished second and seventh in scoring in the NBA.

Despite the fact that the suspensions to Anthony and Smith as well as injuries to big men Marcus Camby, Nene, and most importantly Kenyon Martin (who only played in two games), they still grabbed the sixth seed and 45 wins through all the turmoil.

With a modicum of health, better judgment, or a steadier and more reasoned sentence from the league, that team was a 50-win team with ease.

But 45 it was and what did that earn them? Why another first-round matchup with the dynastic San Antonio Spurs, that’s what!

The same year that the first seed Dallas Mavericks were knocked off by the eight seed Golden State Warriors, the Nuggets played a Spurs team that had notoriously coasted through the regular season and were still considered by many to be the favorites in the West.

In an ode to the 2005 season, the Nuggets took Game 1 in San Antonio and lost the next four.

This would be a fine time to get into some officiating talk, but I’ll save that for when we get to the Western Conference Finals in two years. The comparative point I’ll choose to make here is that this same Spurs team, whom the Nuggets played closer than anyone in those playoffs, went on to sweep LeBron James’ Cleveland Cavaliers.

I point this out because I think it is again worth noting what a difference a conference makes in these two players’ early careers and how we view their team success. This is the one season that one could say LeBron led a team with no other Hall-of-Famers to the Finals and they were summarily executed by the same team that Carmelo Anthony managed to play much closer and actually beat in the same playoffs.

What if Carmelo had been drafted in the East to play against the Washington Wizards and New Jersey Nets (LeBron’s first- and second-round opponents) and LBJ in the West to face the Spurs (or as we’ll soon see, the Lakers) every year?

Let me just say that I have zero doubts in my mind that the 2006-07 Melo/Iverson Nuggets would have destroyed the Wizards, or the Nets, or really anyone but the Pistons and Cavaliers. Starting to see why eventually Melo wanted out of the West?

On the next installment in the Complete History of Carmelo Anthony, we look at the only 50-win eight-seed in NBA history and the trade that followed, birthing the “Myth of Mr. Big Shot” and Melo’s first trip beyond the first round.