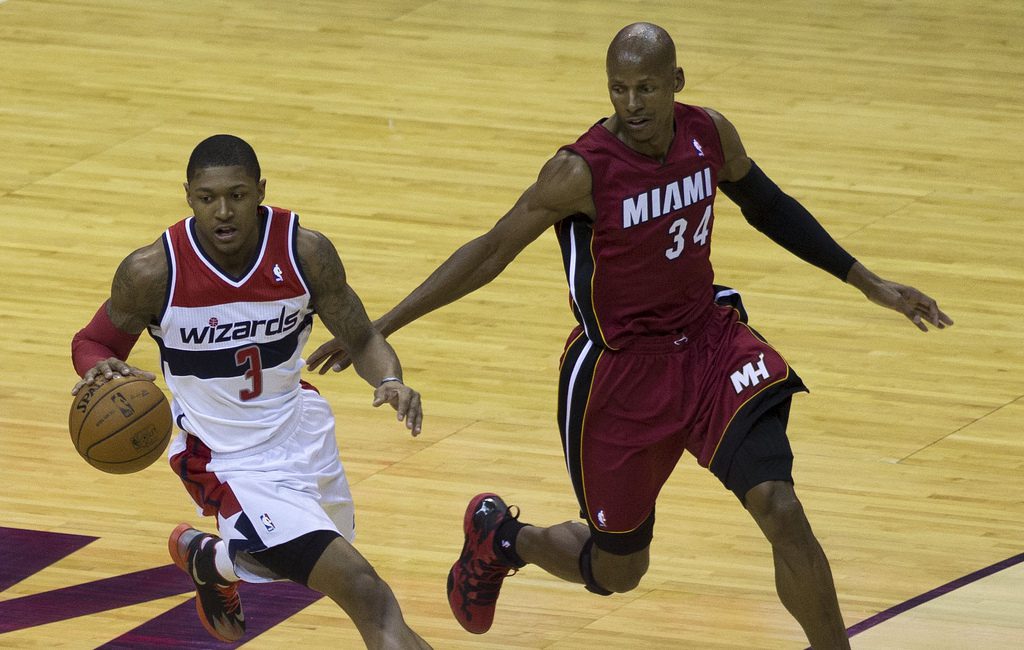 With the opening of NBA training camps just over three weeks away, a sense of urgency is building among remaining free agents to find a home for the 2014-15 NBA season, while the rumor mill heats up with details on possible last-minute player moves.

A few highly ranked free agents remain unsigned, most notably guard Eric Bledsoe, who remains in a contract standoff with the Phoenix Suns. Bledsoe has limited options since receiving a qualifying offer from Phoenix. While he could negotiate a deal elsewhere, the Suns still possess the right to match any offer the 24-year-old receives.

According to recent reports, the Suns have offered Bledsoe a four-year deal worth $48 million. But Bledsoe is said to be holding out for the maximum, which translates into a five-year pact worth $85 million.

Shooting guard Ray Allen also remains unsigned going into September. The 39-year-old is coming off a three-year deal with the Miami Heat which paid him $3.23 million last season. While Allen’s best years are most certainly behind him, the veteran could provide leadership and depth to a number of young NBA teams sorely lacking in both.

Recent reports from www.bettingsports.com suggests several teams have expressed interest in bringing Allen on board, including the new-look Cleveland Cavaliers, Los Angeles Clippers, and Dallas Mavericks.

Speculation is intensifying that Boston Celtics point guard Rajon Rondo could soon be on the move. After missing nearly a full year with a torn ACL, Rondo returned to action with the Celtics in January. The 28-year-old barely missed a beat, exceeding his career averages with 11.7 points per game and 9.8 assists per game in 30 games down the stretch.

Rondo, who will make $12.9 million in the upcoming season before becoming a free agent next summer, has been recently rumored to have demanded a trade, with a number of teams reportedly inquiring about his services. The long list includes the Miami Heat, Detroit Pistons, Indiana Pacers, and Houston Rockets.

Golden State Warriors center David Lee has also been the subject of trade rumors, most notably in trade talks with the Minnesota Timberwolves for All-Star Kevin Love, prior to Love being moved to the Cavs.

Concern exists that the Warriors’ attempts to use Lee to acquire Love from the T-Wolves may have soured the relationship between player and team. But with two years remaining on Lee’s monster six-year, $80 million contract, it is looking increasingly likely that Lee will remain a Warrior for the time being, whether he likes it or not.